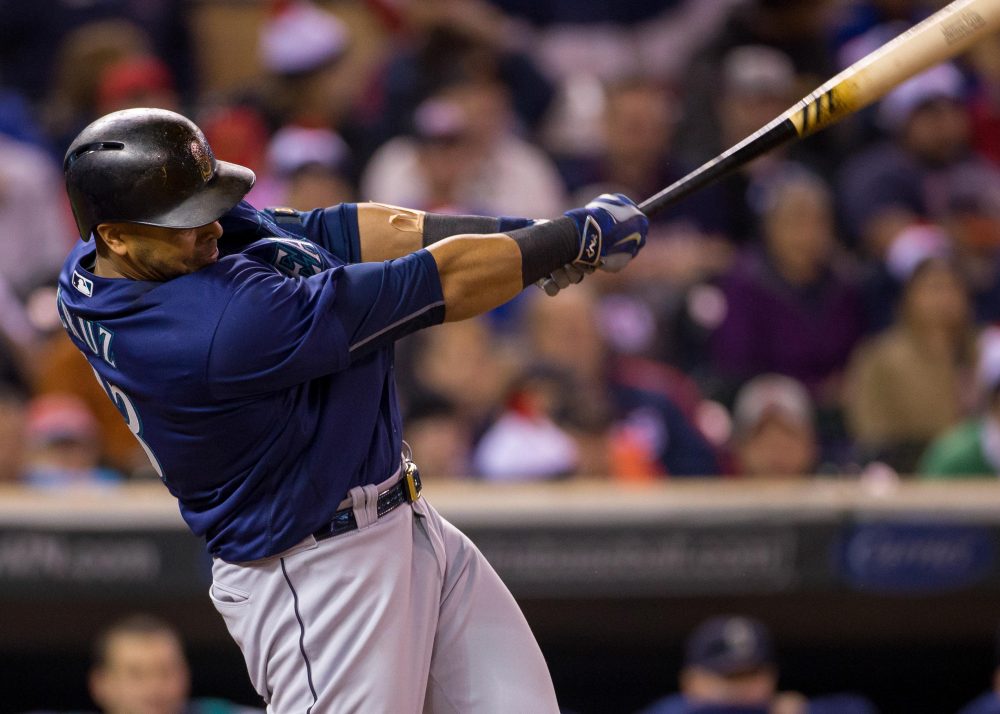 Actually, “seen” isn’t quite accurate. I mostly heard it. I was having a beer in the upper-deck bar area, located in straightaway center field. My back was to the field, but I spun around after hearing what sounded like two bricks being clapped together. I was confused about why everyone around me was looking up, since, you know, we were already at the top of the ballpark. And then I saw a baseball land somewhere baseballs aren’t supposed to land.

It traveled so far that Statcast’s auto-generated image for home runs literally ran out of room. 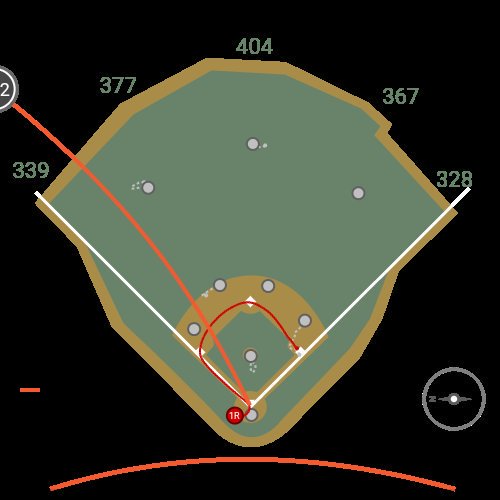 That’s the kind of jaw-dropping power Cruz now brings to Minnesota and the type of tape-measure home runs the Twins hope the Boomstick will be depositing into the Target Field seats for the next two seasons after signing the six-time All-Star designated hitter to a one-year, $14 million contract that includes a $12 million team option or $300,000 buyout for 2020.

BP’s new all-encompassing hitting metric, Deserved Runs Created (DRC+), shows Cruz as at least 32 percent better than an average hitter every season since 2014. For some context, consider that only three Twins hitters since 2000 have topped a 132 DRC+ in a single season. Cruz’s combined 138 DRC+ during that five-year span ranks sixth among all right-handed hitters with at least 2,000 plate appearances, behind Mike Trout, Nolan Arenado, Paul Goldschmidt, J.D. Martinez, and Edwin Encarnacion (with Josh Donaldson and Giancarlo Stanton directly after Cruz on the list).

Target Field is built for pull-heavy right-handed sluggers like Cruz — and Brian Dozier and Josh Willingham before him — and the Twins have made adding right-handed power a priority this offseason. Minnesota’s revamped lineup includes three new righty hitters (Cruz, Jonathan Schoop, C.J. Cron) who’ve topped 30 homers at least once in the past two years, along with holdover righty slugger Miguel Sano. It’s an unexpected approach for a team that built lineups around left-handed bats for two decades under the previous regime.

Prior to signing Cruz the Twins had another righty slugger, Tyler Austin, penciled into the DH spot. Austin is limited defensively and out of minor-league options, making it likely he’ll be on the move. That’s a shame, because Austin was a smart midseason pickup from the Yankees and has huge power himself, holding his own in the majors so far by hitting .232/.290/.469 with 24 homers in 124 games. It’s possible the Twins will regret pushing aside the 27-year-old Austin if Cruz falls apart at 38, but even a very optimistic view of Austin’s upside pales in comparison to a typical Cruz season.

Austin has a chance to be an above-average regular. Cruz has a chance to transform a lineup, not unlike a 39-year-old Jim Thome did for the Twins in their first year at Target Field in 2010. Thome then, like Cruz now, was a still-great hitter with a limited free agent market because of his age and DH-only status. National League teams are out of the DH market by definition and many American League teams either have the position filled already or avoid committing to one player there. It’s a game of musical chairs.

Cruz chose the Twins over the Rays and Astros, whereas Thome picked the Twins over the Rangers in 2010. Thome signed a one-year, $1.5 million deal with Minnesota and then re-signed for $3 million the next season, hitting a combined .266/.387/.562 in a Twins uniform. That’s the type of short-term impact the Twins are banking on with Cruz, in the batter’s box and in the clubhouse. He hit a combined .284/.362/.546 in a Mariners uniform, producing about 31 runs per season more than the collective efforts of the Twins’ designated hitters, and now Cruz joins a lineup that ranked sixth among AL teams in runs scored last season and placed fifth in 2017.

Gone are patient bats like Joe Mauer, Robbie Grossman, and Dozier, leaving the Twins short on table-setters and long on table-clearers. That puts added pressure on Jorge Polanco and/or Byron Buxton to emerge as leadoff options with decent on-base skills, but regardless of their individual development the Twins have the potential for one of the league’s most powerful lineups with Cruz, Sano, Schoop, and Cron from the right side and Eddie Rosario and Max Kepler from the left side.

Cruz brings the Twins’ projected payroll to around $94 million and seemingly ends their shopping offensively, leaving at least $25 million for much-needed pitching help. There are plenty of young in-house arms, some of whom are even appealing, but signing Cruz is an obvious signal that the Twins aspire to give the Indians a real fight in the AL Central and it wouldn’t make sense to invest $14 million in a 38-year-old DH only to avoid meaningful pitching additions. At minimum they need one or two late-inning relievers and could use a capable starter to fill out the rotation. There’s more to come, after this boom.