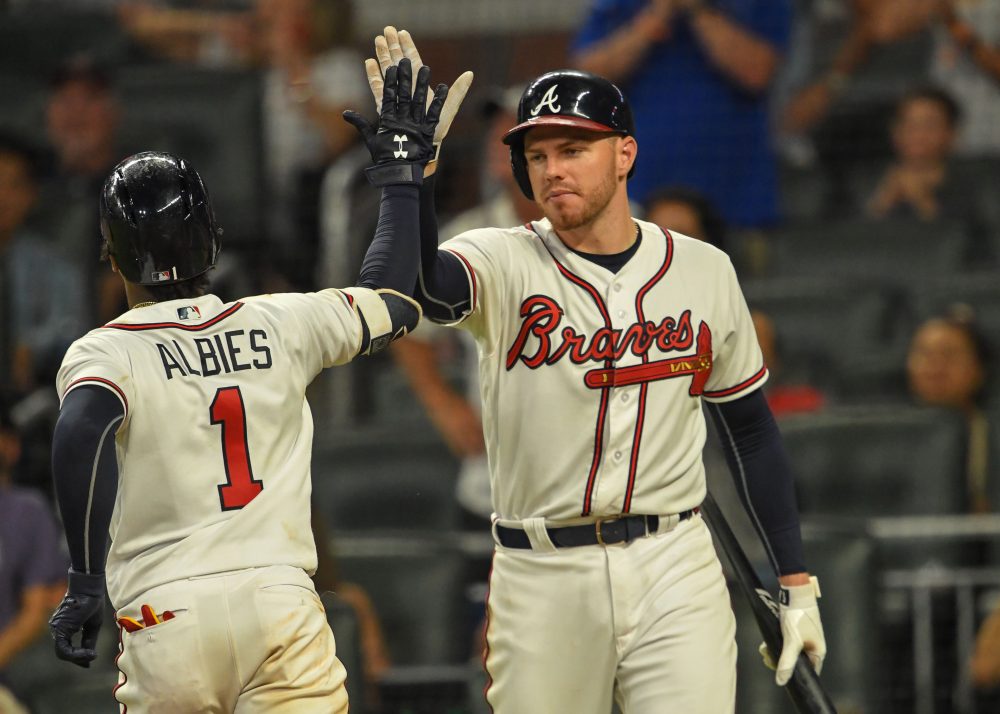 I just finished a three-part series on trading so you’re probably surprised to learn I have more to say on the subject. Or you’re not surprised because you think I’m a big, stinking liar. Either way, I decided to write this week about trading in keeper leagues.

One of the most fun things about keeper leagues is the joy of locking in a young player for a few seasons. If your league has the same rules mine does, then you have an opportunity to keep a player for as long as he is a minor leaguer plus five years as a major leaguer. For example, Mike Trout was available at auction for the first time in my AL-only league in 2017. This doesn’t happen with many players due to rules limiting minor league freezes and an auction salary cap, but it does happen. Mookie Betts, Carlos Correa and Alex Bregman are all currently under contract and fit this model of player retention.

Another fun thing about keeper leagues is trying to trade for players like Trout and Bregman while they’re below market value. Perhaps there was a time in fantasy baseball’s infancy when you could steal a cheap stud player from an opponent in exchange for another player at his fair salary, but those days died around the time acid-washed jeans did. Fantasy managers may not agree on the value of a below-market value Bregman, but they generally agree that if you want to acquire him, there is a “tax.”

Where this gets tricky is there aren’t rules of the road that tell you how to bake contract value into trade value. While I might refuse to trade James Paxton and Xander Bogaerts for Correa, my opponent might be more than happy to deal Justin Verlander and Francisco Lindor for the Astros’ shortstop. Further complicating what a player is worth in a keeper league is how the race for first place is shaping up, how many teams decide to pack it in and play for next season and what kind of rules your league has that limit future speculation.

I used to play in leagues with virtually no trade restrictions. It wasn’t unheard of to see six-for-six deals where a contender got five lineup upgrades for a cheap Ken Griffey Jr. and flotsam and jetsam. Not every dump trade played out this way but enough of them did that it frustrated some members of the league. We didn’t want to get rid of dump deals and we still enjoyed the fun of hanging on to young, cost-controlled players for several seasons. But we didn’t want to play in a league where winning and losing hinged on one or two lopsided trades in July.

If you play in a keeper league and have come close to quitting because of trades like this, there are several ways you can curtail them or stop them entirely.

I’ve played with a salary cap for years. The auction cap is $260 and the in-season, active roster cap is $350. This allows for dump deals during the season but puts a limit on how many top-shelf players you can acquire. It also compels teams out of the running to spread the wealth to multiple contenders, which in turn requires due diligence. Some don’t like the in-season cap because they feel it curtails trading, but I’ve found that it creates more trades by preventing a lazy bottom-feeder from just making one big deal with a team at the top and then disappearing until next spring.

The old school rules called for 15 major league freezes. Few Roto leagues still permit 15 freezes but if you really want to make it difficult for teams out of the running, you can push freezes down as low as you want. One problem with this approach is it can lead to lopsided deals because a team that can only keep 3-4 players might believe they have nothing to lose and that one excellent freeze has more value than a handful of mediocre ones.

There are several different ways to do this, including but not limited to:

•Fewer freezes for the worst team or teams.

•FAAB penalty for the following season

I’ve played with these types of rules before and I have mixed feelings about them. They certainly do work to decrease extreme dump trades. However, in a 12-team 5×5 Roto league, there is a difference between a 30-point team and a 50-point team. A team that tries to compete or stay active during the season and does poorly anyway can be penalized just as easily as the team that gives up in April and hardly tries.

The biggest reason dumping works is the chasm between a player’s value and his cost. If you’re out of contention and can acquire a $3 Ozzie Albies, why wouldn’t you trade a $40 Freddie Freeman, a $45 Bryce Harper and a $38 Noah Syndergaard for Albies? Trades like this are disruptive to the league but that’s not your problem. In addition to the salary cap, you can use an in-season salary escalator. In this example, any player’s salary increases to $15 in-season if he is traded. Albies remains a discount at this price but you might be less inclined to swap Albies for three top-tier players if you can’t keep him at $3. Then again, you might, so while this rule does penalize bailing teams, it doesn’t necessarily curtail lopsided deals.

As I mentioned above, in my home league, you can theoretically keep a player for his first five major league seasons and for all his minor league years. This rarely happens. Since 2012, seven hitters in my home league received a three-year contract. You want to reserve this mechanism for the best of the best. Still, two-year contracts also have an impact on the market and even keeping a player at his auctioned salary for three consecutive seasons pushes up inflation at auction and creates several future targets.

Some leagues use a form of restricted free agency to eliminate this. You can keep a player for two years but at the next auction you only get to keep his rights. Everyone else gets to bid on the player and when the auction stops, the original owner can either top the “winning” bid by $1 or let the player go. This is a fun auction mechanism and curtails future speculation significantly. However, if you feel like you should be “rewarded” for a good minor league or reserve draft, this rule may seem too severe.

This is the bottom line with all these rules. They all work to varying degrees but whether you want to implement them or not comes down to what kind of league you desire. I used to favor heavier restrictions on dump trades. I have evolved, and prefer moderate restrictions, like a salary cap and a slight limit on freezes. Too many rules can be confusing, prevent trading and create a league that isn’t fun.

More than any rule mechanisms, what makes leagues work is its members. For a league to work, you need people in your league who do the following:

Are Active: One thing I hate about redraft leagues is when the teams at the bottom of the standings check out in July. In keeper leagues, this type of behavior can destroy the league. You want people who are going to grind and make trades and pick up free agents all season, even if their teams are bad and especially if their teams are bad. A league member who does nothing all year is not optimal. A manager who checks in to make one awful trade that turns the entire league is brutal.

Aren’t Confrontational: I want my fantasy leagues to be fun. Too many rules can kill a league but so can someone who fights about every little thing. I don’t want to spend hours arguing about the interpretation of a minor rule.

Are Affable/Friendly: I don’t expect to be best friends with everyone in my league and we will never agree on everything, but it’s more fun to hang out with nice people than jerks. A good keeper league will stick around for years and, if you love fantasy baseball as much as I do, wind up being a big part of your free time. Spending years of that free time with negative people isn’t worth my time or yours.

Perhaps these points about playing with “good” people are obvious, but I’ve been in leagues that are contentious and filled with people who barely pay attention or are biding time until their fantasy football drafts. Good rules of the road can certainly prevent fistfights over dump trades but if you don’t surround yourself with good people, your league will collapse regardless of how ironclad your constitution is.