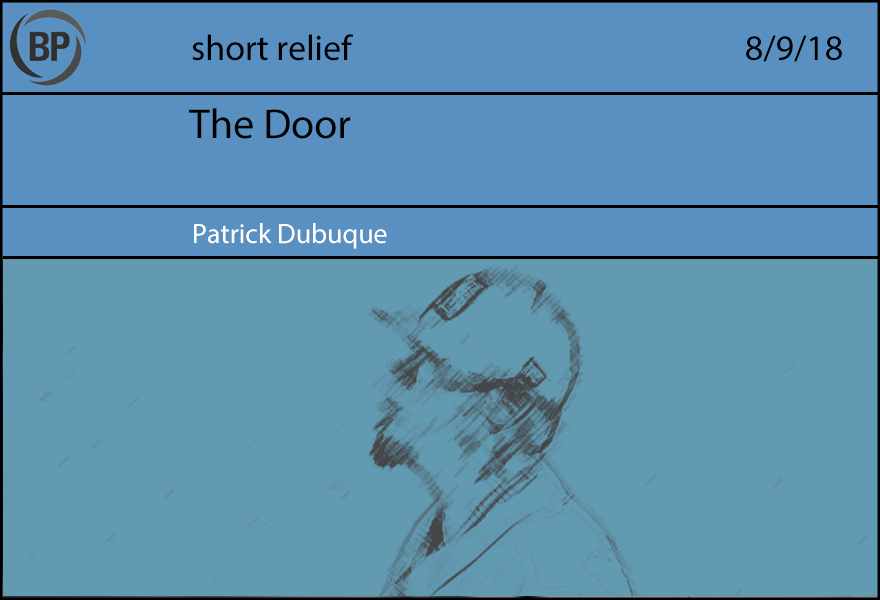 At some point, I stopped locking the front door.

Death is not the only disease. It’s the obvious one, though, especially at times like Tuesday night. Felix Hernandez threw the change-up, Robinson Chirinos reached out his wrist to meet it, and then both men winced in pain. One man healed.

The metaphor is unavoidable, as he stared skyward, waiting for another ball to land. The glassy stare of the mortally wounded, the unspoken sigh of parted lips, the sunlight of summer now cast in beams through open windows, ammonia and formaldehyde, wheelchairs and magazines and tile and recirculated air. Memories forcibly overwriting themselves, creasing lines into the youthful faces of happier times, the worry and the fatigue and the bitterness of waiting. The insipidness, the pedanticism of dying.

But everything is dying, not just pitching in one’s thirties. Like when I stopped locking the front door. It just happened one day; I came home and took my shoes off, put my briefcase down, did everything the same as any other day, except the door. We had small children, the latch was soft. We live on an arterial. It was a big deal. My wife told me to lock the door, I told myself to lock the door, devised some mnemonic trick, but the next day, or a couple days after, I would just… forget.

My wife would tell me that the door was unlocked again and I would snarl the same way that Felix snarled when his right arm forgot how to throw change-ups, as if I’d struck her on the wrist instead of the other way around. At that moment you realize: You can’t remember not to forget something. You forget it or you don’t. You are entirely your own muscle memory. As much as you can train yourself, as much as you study and learn and think, you are what you do when you aren’t thinking. The real you comes out.

At some point, I started locking the front door again. I healed. There was no trick, no string around the finger; something else just changed, which changed something else, which changed me. My breaking pitch, one of them, found the plate again. All you can do is hope it does. 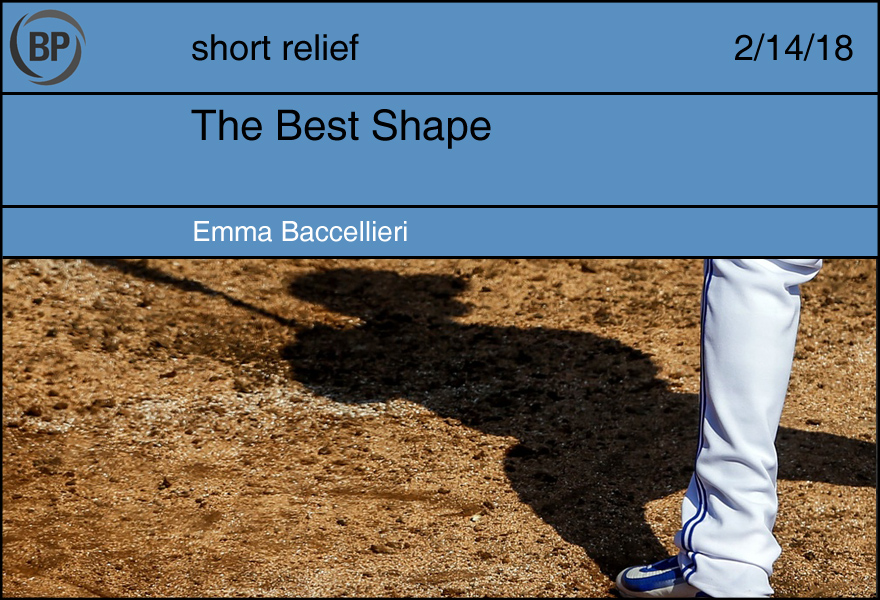 four months old
He doesn’t remember this part, of course, but looking back through the worn baby book that his mother keeps on a shelf near the television—he wonders if this shape, the first shape, was maybe the best one. Really, it wasn’t a shape at all. He’d had no hard edges or straight lines; instead, he’d been all soft and doughy, with sweet little rolls for his arms and legs and a delicate pillowy stomach. He was bigger than other babies, but you can’t tell that from the pictures. He always looks small in these: cradled in the arms of grown-ups, dwarfed by furniture, swimming in his older brother’s hand-me-downs. He is formless, only vaguely round and very tender, just beginning to understand what it means to take up space.

Yeah. The best shape of his life.

seven years
“Such a big boy!” It follows him everywhere. Mostly, he likes it.

eighteen years
They tell him not to bother reading the reports, and he realizes that he shouldn’t—his coaches know him better than any wannabe scout who’s only seen him once—but he does anyway.

Every single one mentions his body first.

They mention other things, too: his power, of course, and his “natural strength” and patience and a whole lot of them say that he’ll probably end up at first base. But they always start with his size. He is big or massive or a beefy boy or an absolute unit. One calls him a “large adult son,” which he hates in a deeply visceral way that feels stupid. (He’s hardly an adult, anyway.) He knows that this is the point; they cannot watch him play without looking at him, and, for the most part, this is all a joke to him anyway. Who really cares how big he is if he can hit like this?

Sometimes, though, he wishes they’d see something else first.

twenty-two years
They’ve been talking to him about it more lately, and he doesn’t want to do Double-A twice, so he tries. He really tries this time. He does work in the gym that he hates—a mindless sludge of frustration, trying to focus on something other than the gray walls or gray floor or gray ceiling. He eats in a way that is “right” and “good” and “clean.” He does not have anything late at night and learns to feel the slight scrape of hunger every morning as a sign of virtue. Do more, be less.

He counts out sixteen unsalted almonds, murmuring the number as he presses each one into his palm, somehow feeling emptier as he eats them.

He wants to be able to fill his own space and be left alone in it, but he knows that never works. 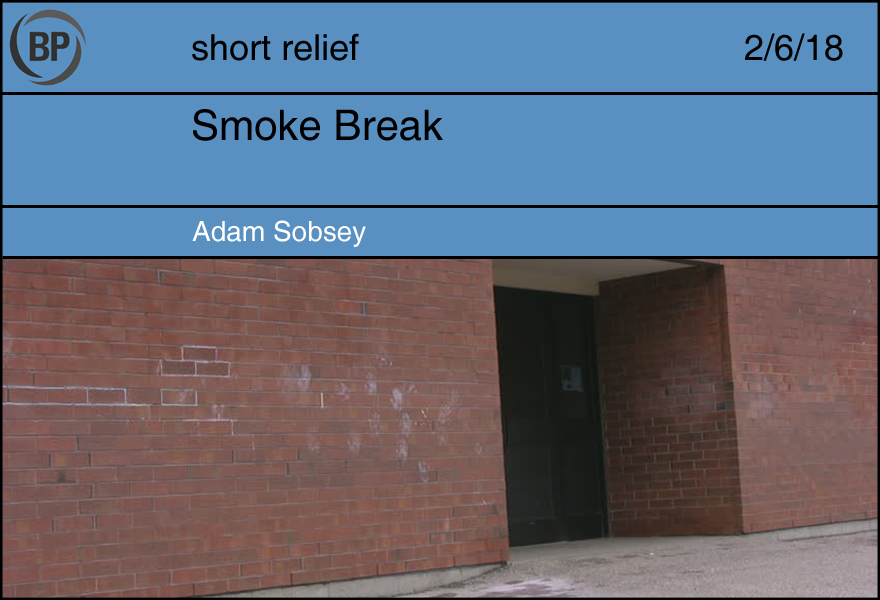 I often enter my office building by the rear door, which opens onto a parking lot across the street from a big downtown hotel’s main entrance. A few years ago, as I crossed the parking lot, my path led near someone talking on a cellphone just a few feet from my door. The lot is a good place to make a private call if you’re staying in the hotel. Especially if you have a roommate, as I assumed this stranger did once I got closer and recognized one of the Durham Bulls, the team I covered.

The strange, deeply compromised Triple-A playoffs are the last, and most unjust, joke Major League Baseball plays on its taxi squad at the end of every Summer of No Love. The biggest and most obvious prank is a simple date: September 1 roster expansion comes along each year and guts Triple-A teams of many of their best players just before the minor-league postseason begins, leaving playoff rosters ragged and muddy, like musical tracks degraded and corrupted by too much overdubbing.

Less conspicuous are any number of deserving players who weren’t called up to the majors but perhaps still might be after (or sometimes during) the dubious Triple-A playoffs. Resentment, bitterness: yes, and fatigue too; but perhaps worse is the limbo in which those left behind find themselves. Some minor leaguers sign leases only through the end of August in order to avoid paying a full month’s rent for just a week or two of September. That leaves them homeless for a few awkward days after September 1. They may play their last few games, including championship series, out of suitcases in hotels, essentially finishing the season as visiting ballplayers at home—the fitting final estrangement of the alienation inherent in Triple-A.

Fitting, too, the alienation of having to seek out privacy in public, right in the middle of downtown. I imagined the player in the parking lot had stepped out for a homesick lament to a parent or girlfriend, or to vent frustrations on his agent, or even to interview for an offseason job. But as I got closer, I saw that he was holding the phone in one hand and a cigarette in the other. He wasn’t outside for privacy. He was outside for a smoke break. He saw me, gave a sheepish smile, trod out his smoke, and skulked away—more privacy invaded.

Shouldn’t smoke. Scarcely needs to be said, although defenses can be mounted: Durham was built on tobacco, DiMaggio smoked and many others too, and when Steve Howe (RIP) said “heaters” he meant his cigarettes, not fastballs (or his guns). But they’re terrible for us and for the environment, and they can only damage a minor leaguer’s prospects. Still, nothing seemed clearer at that moment than that he really needed that cigarette, that its dangers paled beside its brief unconflicted pleasure, and it was a shame to have deprived him. 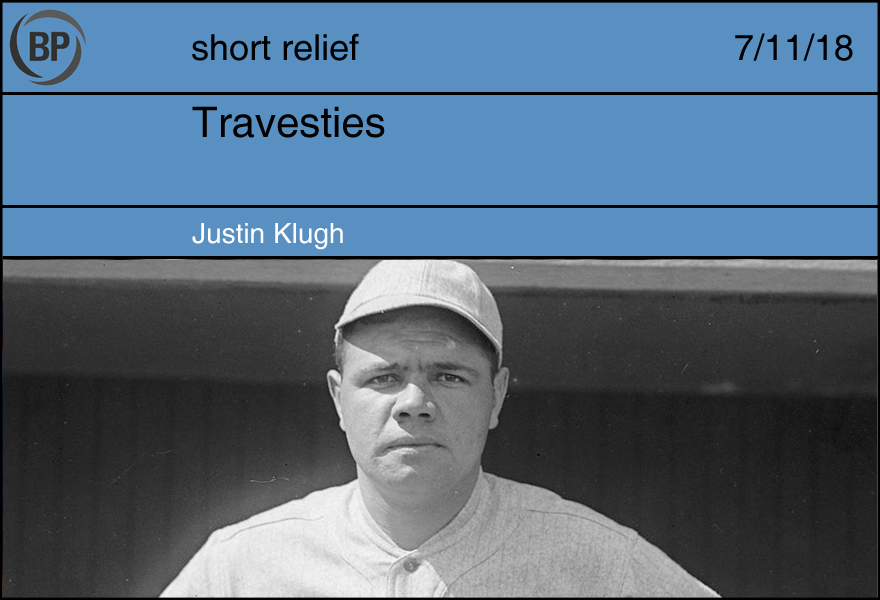 The RED SOX COACH stares out a window as it rains.

COACH: We won four times in April and tied twice. People are furious. My wife is trying to convince me to fake our deaths and leave town forever. Ah, what to do, what to do…

COACH: My god, look at the size of you. Finally, a real batsman to show these other boys how to swing the stick.

COACH: Yes, you’ll look good in the three-hole, crushing dingers with those meaty arms. Don’t worry about the pea-sized brain in that pumpkin head, boy. You just take some cuts and we’ll all get rich. I’m talking dozens of dollars.

COACH: A what? No. You look like when my three sons stand on each other’s shoulders to get out of going to child labor camp.

He hands Babe Ruth a bat.

COACH: There you go. All of our, uh, “pitchers” hit in the clean-in spot on days when they aren’t pitching. Also, sometimes they don’t pitch for months at a time.

Babe looks at him, nonplussed.

UMP: [Leaning in the door to the locker room] Today’s game is canceled on account of “wet grounds.”

COACH: Damn it. Why does that keep happening? Some of us made some pretty hefty wagers against our own teams that we assured our wives would be all we need to get out of this dump town. She won’t run alongside a moving train and throw her luggage to me like a normal wife, no, no; we have to be inside the passenger car with legally purchased tickets. Tickets!

BABE RUTH: What if we just covered the field in like a big plastic blanket.

COACH: A big plas… boy, are you on the caffeine? No, I’ll just [Casually whips out switchblade] stab this umpire until he agrees to let us play.

UMP: We… we can’t have players playing in the rain, they’ll all catch colds.

COACH: So? It’s 1914, we have the highest forms of medicine available. You, Ruth: run down to the drug store and buy some heroin in case anybody catches a cold.

COACH: [To umpire] Teens these days. Won’t even go pick up a vial of meds for their teammate. Ruth, on this team, we buy heroin for each other. That’s the kind of clubhouse I run. And you’re lucky, too; in my day, instead of baseball, we stabbed Confederates with bayonets. Speaking of which, [whips out switchblade again].

BABE RUTH: I’ll be on the field.

COACH: And I’ll be suppressing the ghosts of the men I’ve killed with opiates. [Picks up bat and hands it to him]. Don’t forget your, uh, pitching stick.