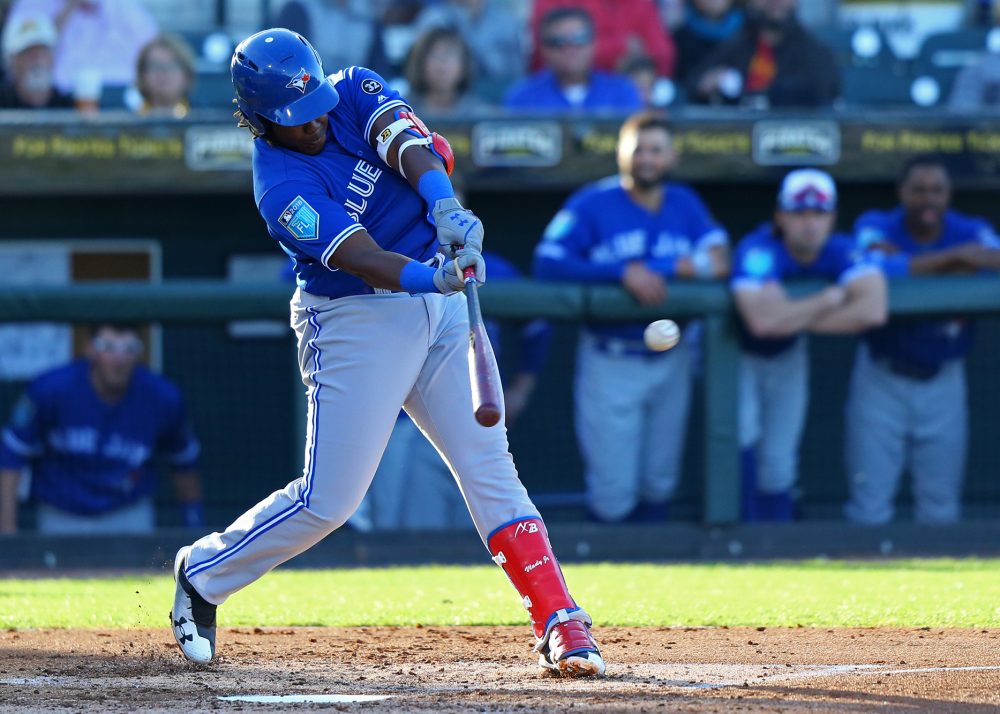 My van ticked over 200,000 miles as I drove up to New Hampshire last week. I meant to get it cleaned out and detailed before the baseball season started. The process feels reaffirming and readies me for another year of New England highway travails, but instead the interior remains littered with the detritus of last year’s trips—random credentials flung in the back, old parking passes on the dashboard, a turquoise L.L. Bean sweater haphazardly flung on the backseat at some point. Likely there is a lost Accusplit buried under a seat or in one of the glove boxes. We’re due for a new water pump and timing belt. It’s too early to know if the van will abide another minor league baseball season. But it’s not too early to consider some questions that are already nagging at me. This whole gig is small sample size analysis after all. And it still runs great.

How should we grade fastballs now?

We’re in the process of revising the internal Prospect Team handbook, and the major pain points so far have been our grading guidelines for fastballs and game power. Average game power generally gets pegged at ~18 home runs. 98 of the 144 qualified batters last year hit at least that many. With the “established specifications” of the major league ball now seemingly including a fair bit of polybutadiene, and the “launch angle revolution” settling into “The Dingerectory,” every short second baseman with some bat-to-ball seems like a candidate for future 60 pop. But this feels more like a cyclical thing, eventually making way for a Pedro Borbón Restoration. The increase in fastball velocity across the game is a longer term trend, and while peak velocity may be close to plateauing, the raw number of pitchers with 95+ fastballs continues to go up as pitching staffs expand. And a continued arms race shouldn’t be a surprise, since you never know when there will be a Maikel Franco-Prussian War on the horizon.

I’ve used a bunch of different systems over the years to take notes at the games. Big legal pads, little notebooks, shorthand charting, full player sheets, half player sheets. I’m a tinkerer. I don’t take video anymore because I find it distracting to the actual work. I currently use a legal pad for notes on position players and individual sheets for starting pitchers. My pitcher sheet is a repurposed sheet from a MLB team and includes a chart for grading fastball velocity. The baseline for a 5 fastball is 89-91 mph. Per Brooks, the average four-seam fastball last year clocked in at 93.6 mph. 89-91 wouldn’t have qualified as ‘average’ velocity within the last decade.The fastball grade isn’t just velocity, but it does provides the framework for further adjustments for command and movement.

Peter Lambert is a good pitching prospect. The Rockies have put together a nice little pipeline of them in recent years. He made our preseason Colorado Top 10, and his fastball has ticked up in 2018. Across two looks in less than ideal atmospheric conditions, he sat 92-94 and touched 95 on occasion. Lambert commands the heater well. He’ll throw it effectively to all four quadrants and is particularly good at changing eye levels with it. There’s not a ton of wiggle to the pitch, given his higher arm slot, but his fastball will show average arm-side run at times. My sheet would suggest that touching 95 with a plus command/average movement projection is a 7. This would be ludicrous for me to write in an eyewitness.

How can I best describe Vladimir Guerrero, Jr.’s swing?

At this point in my prospect writing career, I don’t derive much authorial pleasure in giving you belabored, technically precise descriptions of swing mechanics. I would rather spend those column inches on tortured, academically dodgy French History puns. But I’ve found myself quite flummoxed so far by Vladito’s hacks at the plate against Hartford. We know it’s his father’s swing. There have been side-by-side GIFs on Twitter no doubt. I am sure it will eventually be an oft-repeated spot during this break in the action on MLB.tv. But simply leaving it at that doesn’t feel sufficient nor technically precise to me.

It’s his father’s swing as directed by Nicolas Winding Refn.

There is no subtext. The swing is the text. It is metonym.

The most common bit of scouty jargon here would be “controlled violence.” That feels insufficient as well. The batting practice show is nice, but the swing truly confronts you in game action. It immediately announces its intentions, cornering you and screaming “dare you to give me something less than an 8, you contemptible swine!” I can find no comp for his combination of bat speed, barrel control, or approach across my eight seasons of doing this.

You can get him out if you throw your best breaker and get it down. But it better be your best, and you better get it down. And Vladito will adjust the next time up, flick it into the outfield. If he zones your fastball, it might leave the stadium. It might leave the area code. He won’t chase east-west. He’s 19 and seeing major-league-quality arms many nights.

You look at the rest of the profile, a third baseman destined for first eventually, plus-plus hit and power projections. There are comps, yes, but now it gets ludicrous. Cabrera? Votto? You can’t make those comps. How did they end up in your notebook? 114 percent of Rafael Devers is a reasonable outcome here? Nuts. You love Rafael Devers. You wrote prose in every hue of violet about him last year.

Even the mere suggestion of these names can betray a guileless naïveté about how this whole industry works. You don’t comp Maddux. You don’t comp Bo. You don’t comp Pedro. Your hayseed reflection will shine back at you in the sunglasses of the scouts in your section if you comp *Miguel Cabrera.* And the shades won’t conceal their raised eyebrow if they catch glimpse of your shorthand.

There’s another comp too, a sentence you can’t write ever. You shouldn’t even think it—the Roko’s Basilisk of the prospect world.

But it’s been gnawing at you at night.

When do you start to worry about a top prospect?

This is something I could rectify with regular in-season updates to our 101 list, which seems to be inexplicably where the industry is going.  And honestly my life as a prospect writer would be far easier if I spent my time crafting monthly national lists instead of following my afflatuses willy-nilly for 1500 words at a time. But do I really have enough information to flip the two yet? Does it matter when we have four more months of games in front of us? Do I just flip them back a month later when Rodgers adjusts to Double-A breaking balls, and the swing loosens up in warmer weather? Do I have so little trust in my staff and the reports we compiled across the long offseason?

But I am a bit concerned about Brendan Rodgers. I only saw him a couple times in Double-A last year due to a DL stint, but he struggled in those looks too. He hasn’t consistently put a charge into the ball yet. The swing has looked stiff against average velocity. He’s flailed at fringy breaking stuff. He’s been fine in the field, but he’s playing more second base this year and looks more the part at the keystone.

I’ve defended him to scouts with similar concerns in the recent past. Our reports from the Cal League are strong, and he’ll spend most of those remaining four months of baseball at age 21. But seeing him against Bichette and Guerrero put things into a certain stark relief. I’ve missed his good games—the vagaries of the schedule—and he has had good games. His last at-bat was a flash—hard contact on a fastball up, driven into the right-center gap, a loud out. I’ll take my four months to ruminate.

We wouldn’t want to do anything rash this early.