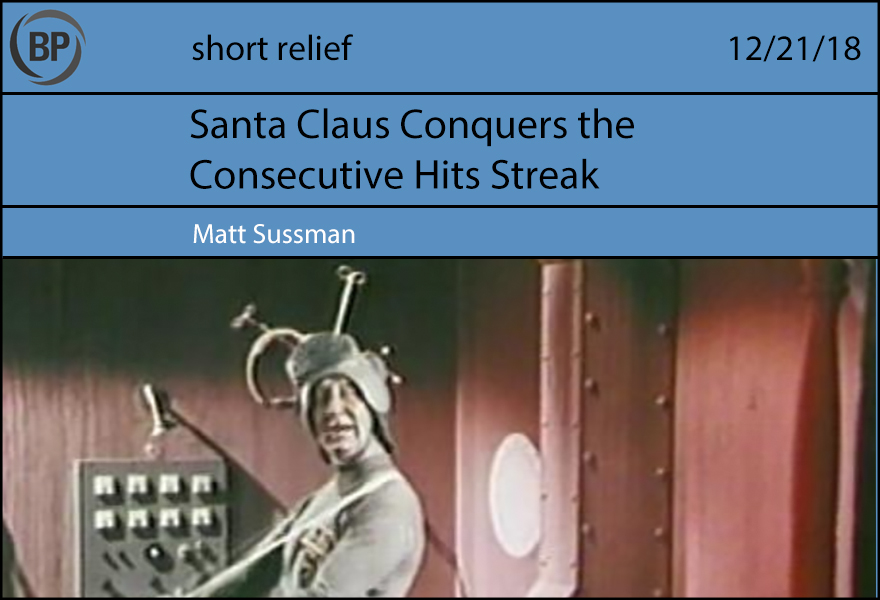 Joe DiMaggio’s hitting streak in games gets way more attention, because he dated a famous actress. Those games contained various at bats — a large number, when you think about it — where he recorded an out. And that’s fine. A hit on a given day is a sign that you contributed something, and to do it for two months in a row is the accomplishment many believe will not be replicated or topped.

By comparison, not many know off-hand that there is a record for most consecutive hits in plate appearances, or that it’s held by Walt Dropo, or that Walt Dropo was even someone. Hence not knowing the record. So expendable was he that the Red Sox included him in the Tigers in 1952 in the George Kell mega-deal, two years after being the decisive Rookie of the Year selection.

The record is also 12. That’s a small number, but Dropo got that many hits in a three-game, two-day span, all in a row. His fourth plate appearance in the second game of a doubleheader against the Senators was also at a point when he was a home run shy of the cycle — and he was a prodigious slugger at the time — but harmlessly popped out to first. (He would, later that game, get another hit with the bases loaded, in a ninth-inning rally that came up short.)

I don’t remember Dropo but I remember, at the time, SportsCenter fawning over Joe Randa approaching this mark in 1999. It was, of a course, an early-internet-era when SportsCenter enjoyed breaking away to show highlights, and they zeroed in on every Randa plate appearance they could find. By the third game, he had made it to nine straight PAs. The streak included two doubles, two triples and two homers. It also included a walk, which means the chase to the “record” wasn’t official, because some people actually care. But it was still a fun streak to monitor for ratings purposes

The next game, the trusty Randa, right there batting seventh, knocked his tenth straight hit, which remains a Royals record. It ended there, on a Saturday night in Pittsburgh, as do many things.

Randa went on to finish a fine career, but one that you almost certainly forgot about until this article. It says in the official scrolls that Andre Ethier and Matt Diaz have both since had 10-hit streaks, and I don’t remember either. Perhaps because none of them were also names of Martians that were complicit in kidnapping Santa Claus. 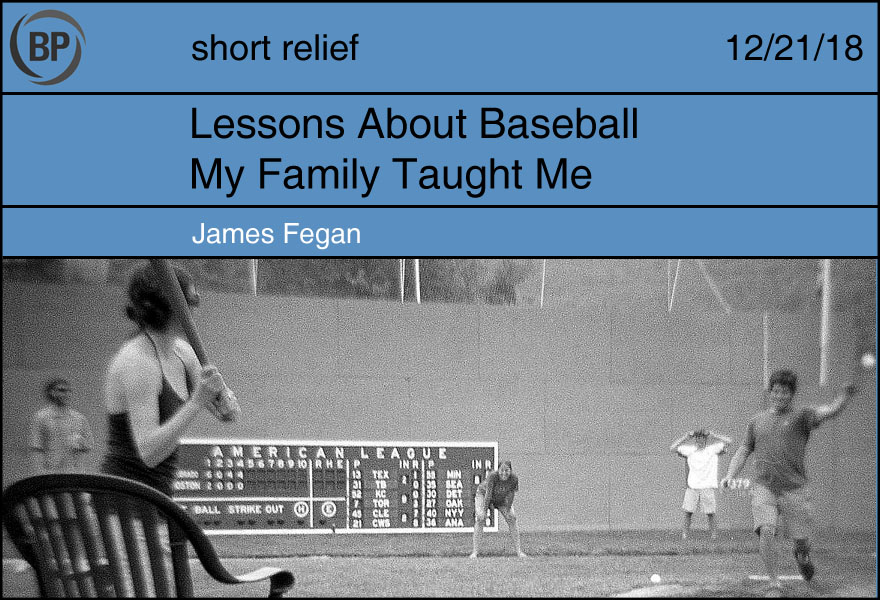 Daniel Fegan was 44-years-old when I was born, and could probably hear his cartilage-starved knees click with every step as I dragged him to the backyard to play day after day. Rather than pop into a catcher’s stance, he plopped into a yard chair and called balls and strikes as I zipped in pitches from varying distances depending on how cold it was and how much catching the ball made his hand hurt. It was not particularly mobile target, but he kept a fairly wide strike zone, with the single specification that if I knocked the Diet Coke off the arm rest and into his lap, the game would end automatically.

Birmingham Barons pitching coach Richard Dotson told me last year “you get your ass kicked, it opens your mind a little bit.” Similarly when I was 10, the sight of the blue racquetball I had twice thrown past my cousin–17 years older than me–transforming into a tiny dark blue speck shrinking into the light blue sky as it sailed over our neighbors’ three story house, introduced to me the idea that a pitch sequence could consist of more than the hardest fastball I could manage over and over again.

No doubles defense is for filthy cowards without the moral fiber to defend the outfield. This is known. But, if your older sister, born left-handed into an all right-handed family and taught as such, has suddenly found the rhythm on her hitchy, wild but naturally powerful lefty stroke, and has rapped 10 ringing line drives over your head in a row, the last of which has left a 18-inch crack across one of the floor-to-ceiling windows dotting our backyard (rudely awakening our father from his post-Jeopardy nap), maybe it’s time to respect the power of the batter.

My mother–Speed is no substitute for poor positioning

I once tried to slip around my mother to get a rebound when we were playing one-on-one basketball in the backyard, and she crunched me into the garage door as she boxed me out with such force that I slumped over like a fly swatted into a window. Admittedly it was a different sport, but the blood stain on the white garage door served as a striking lesson well into the start of baseball season.