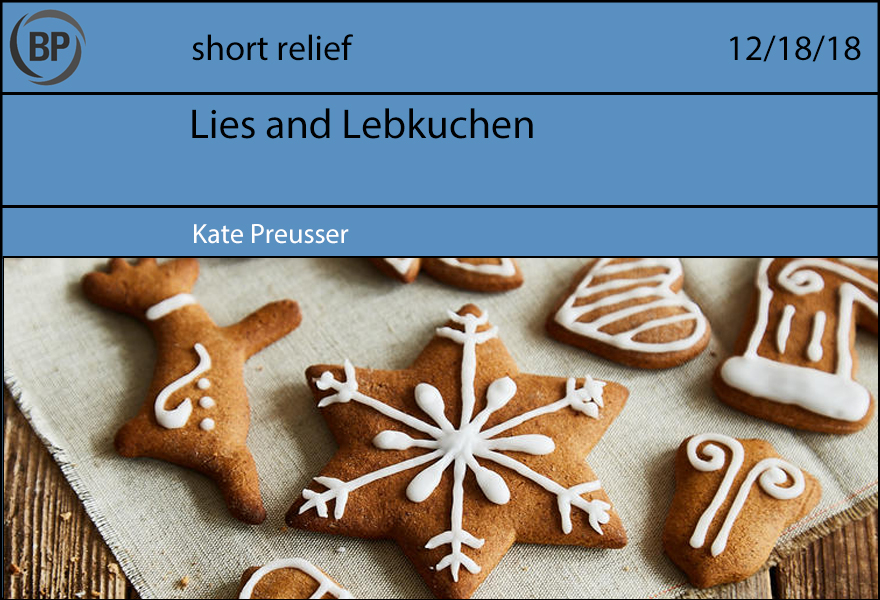 Every year at Christmas I made my dad lebkuchen, a spicy, chewy German cookie. That description makes them sound good, so let me assure you they are not: They are, in fact, the world’s worst cookie. The dough is sticky and unmanageable, and very finicky: I ruined a whole sheet this year by daring to use parchment paper instead of copious amounts of shortening (NOT butter, never butter) to grease the pan.

The worst part about these cookies, though, is that they are a lie. Traditional Nuremberg Lebkuchen is a protected designation of origin, like Champagne. You can make traditional-ish lebkuchen in the States: all you need in addition to the regular ingredients is a lebkuchen bell, which apparently mitigates the sticky dough problem; Lebkuchengewürz, a special spice blend; and oblaten, which are sort of oversized Communion wafers that keep the sticky dough from running everywhere. Also for true authentic flavor you should candy your own citrus peel, because did I mention that even if you make these cookies perfectly the end result is basically fruitcake?

When German settlers came to the US, they mostly came without their lebkuchen bells and oblaten and special spice mixes. The first Betty Crocker Picture Cook Book, published in 1950 (Betty Crocker being a different kind of lie), includes a recipe for lebkuchen that involves nothing more exotic than molasses and candied citron. They are cheerfully ahistorical, bearing as much resemblance to their German forebears as a lightning bug does to actual lightning. And they make me extremely mad, because no matter how closely I follow the recipe, as I have been doing for the past ten years following the passing of my grandmother, who used to make these cookies for him, every year my father tries the cookie and sighs, because it just doesn’t taste quite right.

Lately I’ve been thinking a lot about this redefining of history as MLB seriously examines banning the shift. Of course the shift isn’t a new invention—most people will reference the Ted Williams shift, although the man who came up with it, Lou Boudreau, calls it the “Boudreau shift” in another example of how history rewrites itself. This doesn’t stop The Shift (scare caps) from getting lumped in with other newfangled analytics like launch angle and pitch tunneling as an example of how the game is changing. It’s true that shifts are up in recent years, leading Scott Boras to Break Glass in Case of Lost Revenue and pull out the word “discriminatory” to describe the shift.

But what’s not true is that the shift dampens offense across baseball: Russell A. Carleton found that walks increased with the shift, theorizing that pitchers are less comfortable pitching in front of the shift and prone to nibble more, and Sam Miller suggested that the real issue Commissioner Rob Manfred might have with the shift is that it impedes on the all-important Pace of Play (extra-scary scare caps). Jayson Stark at the Athletic crunched the numbers and suggested that banning the shift would only gift teams less than three extra hits per month.

And yet that doesn’t stop baseball’s top executives from entertaining the idea of banning the shift, chasing after some platonic ideal of high-offense baseball that existed years in the past, if it ever did. I finish my first rack of cookies and give one to dad to taste. I can tell before he even takes a bite that this year, again, it’s wrong, in ways he won’t be able to articulate and I won’t ever be able to understand, searching after a history that never was. 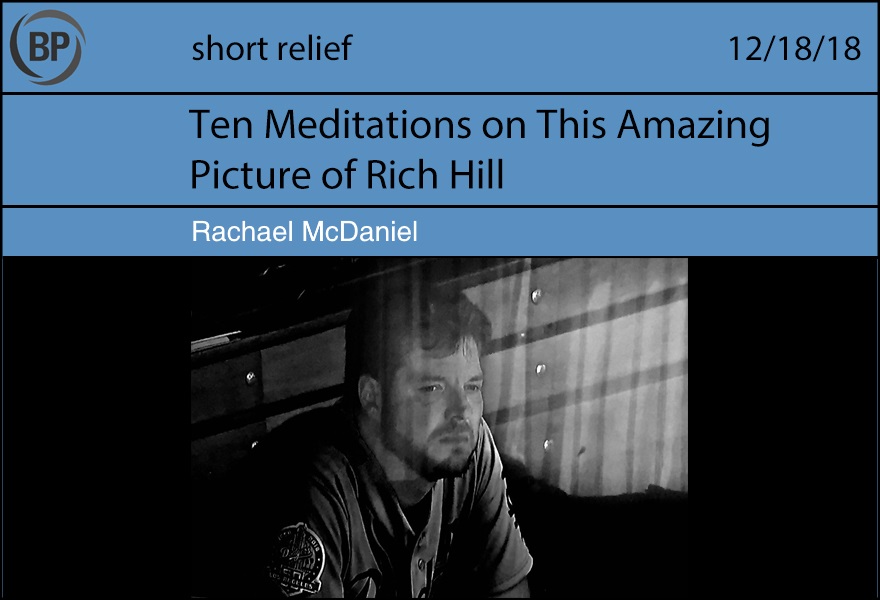 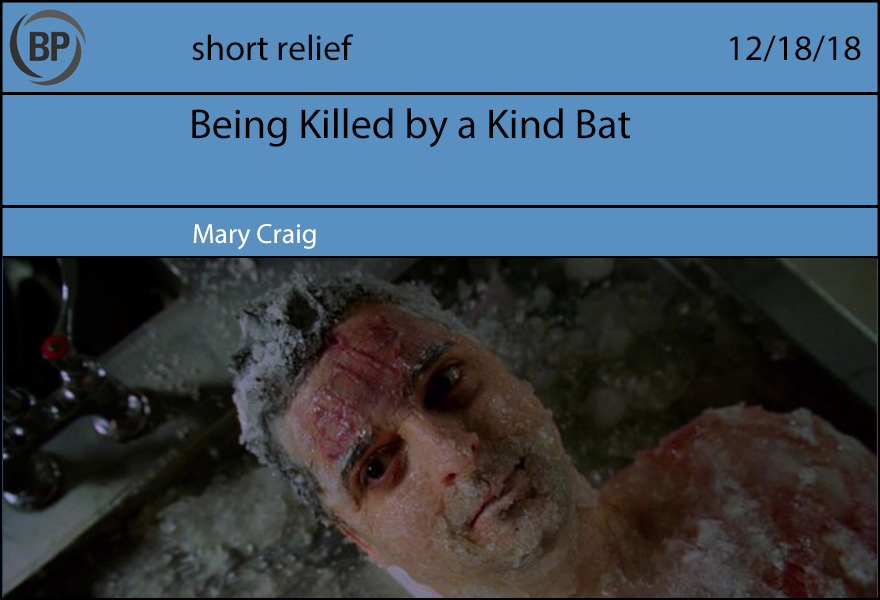 In the final episode of the first season of Pushing Daisies, Ned, Emerson, and Chuck investigate the death of Victor Narramore, a life insurance salesman found frozen on the side of the road. While Ned reawakens the victim, the narrator reveals that Narramore was “killed by kindness.” The camera then pans up to Narramore’s forehead to reveal the letters “KIND” stamped backwards into his skin as he explains it was “not the sentiment—which would have been lovely—but the word, scratched into the business end of a baseball bat.” The remainder of the episode is decidedly baseball-free, as is the rest of the series, but the sentiment pervades it.

If you’re unaware of the premise of the show, it revolves around a pie-maker, Ned, who has the power to bring the dead back to life but at a steep cost. If the person remains alive for more than one minute, a random person (or living being) in the vicinity dies in their place, and if Ned touches the re-animated being a second time, it permanently dies. He uses his power to investigate murders, waking up each victim to ask them about the circumstances of their death before returning them to death.

In the first episode, Ned uses this power to “wake” his childhood best friend, Chuck, in order to solve her murder. Of course, he finds himself unable to re-kill her after 60 seconds, and the corrupt funeral director dies in place. The remainder of the series follows the blossoming relationship between the pair, as well as their adventures with PI Emerson Cod and Ned’s employee, Olive.

Much of the drama of the second season comes from the revelation that Ned first discovered his power when he brought his mom back to life and first discovered its limitations when Chuck’s father subsequently collapsed while watering flowers. Chuck initially does not understand how somebody so incredibly kind could be capable of this secret, and she is unable to divorce his actions from his intent, creating a situation in which the sentiment and the bat are the same.

Both Narramore and Chuck’s arcs should be familiar to many of us who have been on the receiving end of such a bat, though it takes many of us far longer than a 13-episode season to realize that the appearance of kindness does not compensate for the pain caused by the bat. It’s a difficult process to try and separate ourselves from the things in life that we’re told are good and the people we’re told are kind, not least because their destruction is undetectable until we’re in dire need of their kindness.

Because we exist in a world without pie-shaped pie restaurants or the Darling Mermaid Darlings, there is no Ned to provide us with a 60-second peek into the truth of our lives. There is no Chuck to relieve the sting of death by providing us one final act of kindness. But there is also no need to wait until we have only 60 seconds left to realize that the bat is inches from our heads. This realization won’t be as vivid, comedic, or pie-oriented as the show, but if we’re lucky, it will include the realization that we can have a second chance at life so long as there are people who care enough about us to track down the owner of that bat.