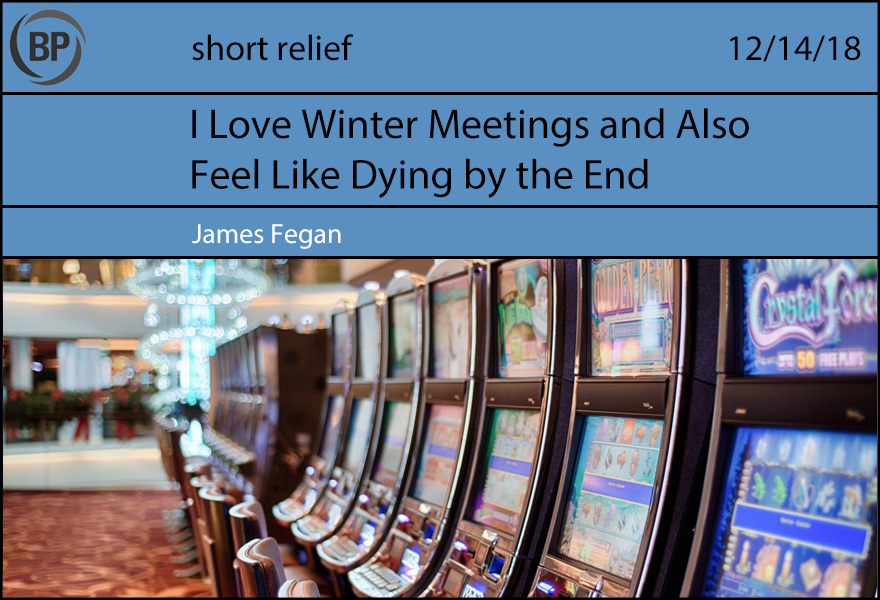 Last year the signature event of the baseball industry was held in an upscale Disney resort hosted in a tiny tax shelter of a town carved out of Orlando that had a reported population of 47 in the last census. With a single lobby and accompanying bar, the initial thrill of hanging out with all the movers and shakers of the baseball industry slowly but assuredly gave way to a claustrophobic nightmare of being stuck in the same lobby with the same set of colleagues for all of eternity.

This year they held it in a damn casino.

By Wednesday night, a common source of debate among ballwriters was trying to determine when the last time someone had been outside.

And so the largest collection of authorities and people in power for determining the future of baseball—a game romanticized for the peace of its endless summer nights, sounds of hard contact reverberating through the open air and just smelling lots of grass all the time—spent four days huddled in a mass of logoed quarter-zip pullovers drinking $13 cocktails in low lighting.

For the second-straight year, the Winter Meetings were light on actual transaction news. Almost all of the offseason’s biggest signings will occur outside these four days—and discussed in places that are literally outside—leaving many to lament that the sport’s biggest moments will not happen on its biggest stage.

But this is not a stage, it’s the baseball world’s retreat into themselves. Because at their core, media, scouts and league executives are more defined and united by their transience and the aesthetics of grinding oneself into dust, and transients hang out at hotel bars, actually eat at the expensive gastropub inside the luxury resort and occupy all the inefficient and overpriced spaces that you cling to when you are simultaneously constantly moving to new cities but also mostly stuck in a cluster of spaces within it when you arrive. Or also when you fashion yourself as grizzled and devil-may-care, a posture that every ballwriter adapts after roughly three weeks of traveling for work.

This will not stop, but only accelerate into a wave of larger and seemingly more unattainable resort locales to discuss non-tendering LOOGYs in more posh surroundings. And it’s hard to argue it shouldn’t, as an entire culture and tradition from it has been woven into existence, and roped me into its charm of impossible detachedness from real life. It’s just next year I would like to go outside. 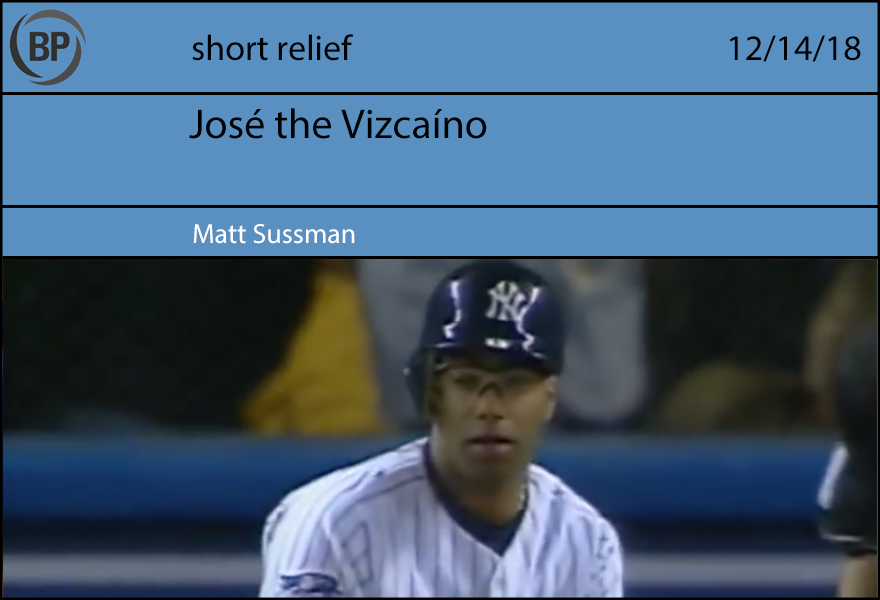 Just a little ditty about the most famous player on the 2000 World Series championship New York Yankees.

Oh, Mellencamp. That would have been a good one to do instead. 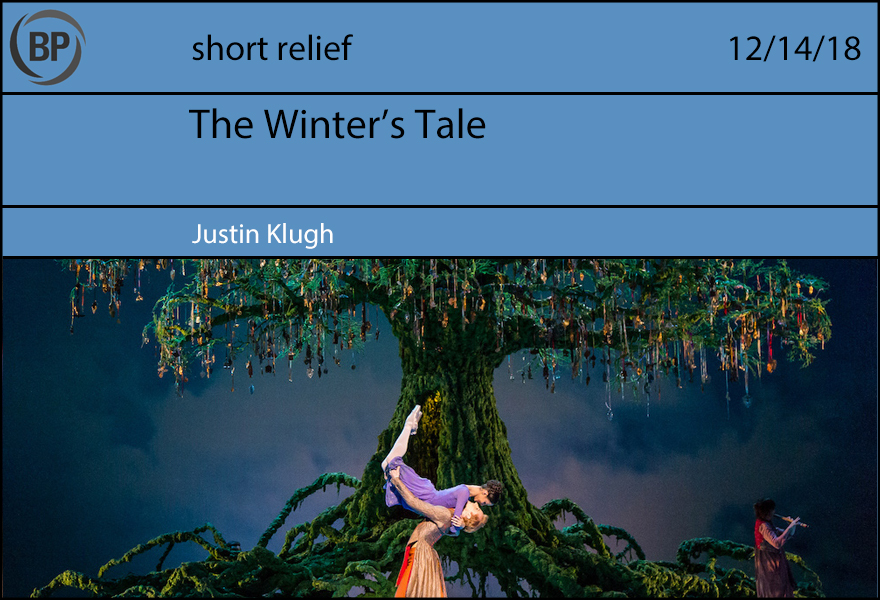 Scott Boras is meeting with reporters next to a huge Christmas tree at the Winter Meetings in order to fill the room with pertinent information and theatricality. Let’s listen in.

Boras: [Steps out from inside of tree]. Hello, everyone. Thanks for taking the time.

[Question about Bryce Harper going to the Phillies]

Boras: You know I can’t reveal that information. You’d have to ask the Phillies themselves.

Matt Klentak: [clinging to the top of the tree] Hello.

[Question about when we can expect a decision from Bryce Harper, Manny Machado]

Boras: Everyone is weighing their options, you know; Harper, I can say, the future of the organization he goes to is really important to him, so he’s doing a lot of research on various team’s farm systems.

[Question about what sort of research]

Boras: You know, normal things that you’d expect a 26-year-old millionaire to be up to in his down time while deciding which cool city he will make more hundreds of millions of dollars in—crouching over an old laptop with notebooks full of scrawled thoughts, his face the only thing lit by the computer’s glow; monitoring data sheets pouring out of an ancient machine slowly grinding out next-level statistics on the High-A team in the White Sox farm system; family members begging him to come back to the table at Thanksgiving dinner while he angrily waves them off because he’s on the phone with a guy who had four at-bats with the Lakewood BlueClaws in 1997.

Boras: That’s a great question. The answer is that we’re pounding out a potential clause in his next deal in order to be sure it’s back-loaded to cover his intangibles, and he can be awarded a bonus for each instance of leadership, influence, command, conveyance, pilotage, hegemony, expertise, supervision, potency, amplitude, magnitude, heroism, grandeur, majesty, high-mindedness, industriousness, magnanimity, sublimity, nobility, preeminence, and at least half-decent breath.

Boras: Why not ask Juan Soto that question?

[Boras unmasks himself, revealing that he is actually Juan Soto]

Soto: How did I get here? I was just standing in a hallway, talking to my dad.

Boras: [In the middle of the scrum of reporters, wearing a “PRESS” hat] What levels of greatness has Bryce Harper inspired you to reach?

Soto: Seriously, I didn’t even black out or anything. I was just there and now I’m here. Is this real? Am I dead?

[Soto unmasks himself, revealing that he is Boras once again. The Boras in the crowd is now just a pile of clothes]

Boras: That’ll be it, guys, I have a conference call.

[At the top of the tree, Klentak’s phone rings]

[In answering, he loses his grip and falls from the tree]

You need to be logged in to comment. Login or Subscribe
Matthew Gold
Amusing ditty, but I have to point out that the Yankees did NOT sweep the Mets in four straight games. I understand that it is harder to get "won two, lost one and won two more" to fit into the meter and rhyme.
Reply to Matthew
Matt Sussman
Thanks for listening. He also never pinch ran for Glenallen Hill in the month of September
Reply to Matt