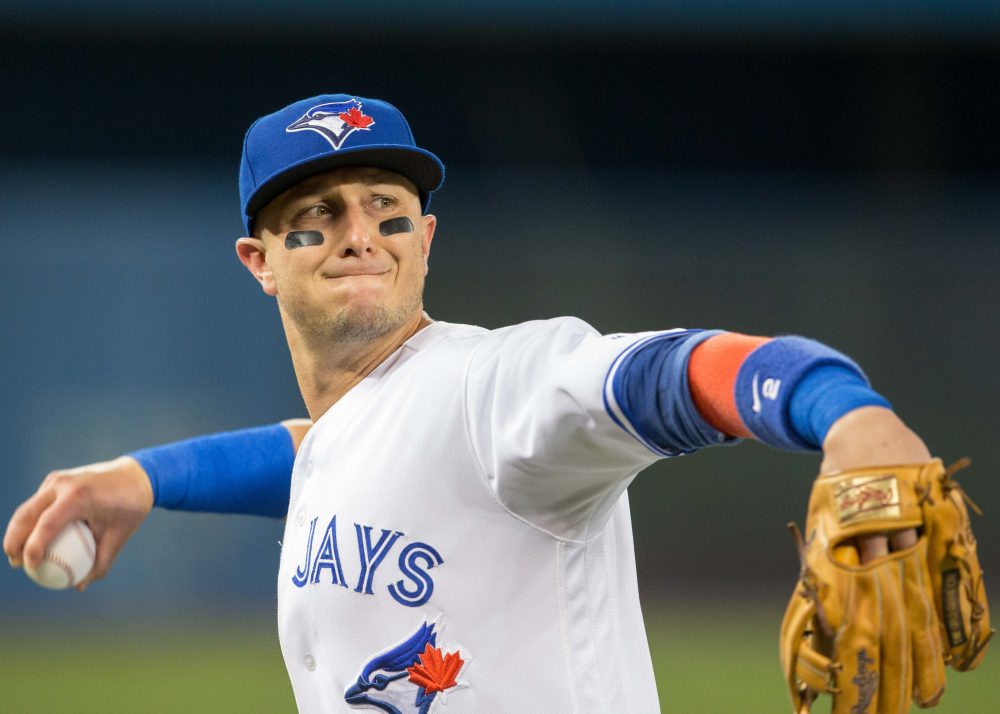 Time passed. The status updates grew fewer and farther between. The 2017 Jays continued to be bad, players who were so recently stars continuing to show signs of decline; the gap between them and the second Wild Card spot, the gap between them and the .500 mark that was so elusive that season, continued to widen. The speculation slowed. Tulo faded into the background of the collective consciousness. The Jays confirmed that Tulo wouldn’t play again that season, and by then, everyone, even if they didn’t realize, had already accepted it.

Spring came. Tulo was there. A photographer taking team photos didn’t know who he was; he pretended to be a pitcher, and everyone had a good laugh about it. He still couldn’t play, though. He had begun to experience yet another pain in his right foot. Further examination revealed bone spurs in both feet. On March 30, the Jays announced that he would be having surgery to remove these bone spurs. Another two months — at least two months, which, with Tulo, were the operative words — were added to the already too-long dead time.

And for the 2018 Blue Jays, Tulo faded into a shadow in the back of your mind as you watched a bad team play badly. He was sometimes discussed, but never seen. He manifested briefly during a late-July series with the Oakland A’s, and said the same thing then that he’d always been saying: that he would be back, and he would be good, and he would be playing shortstop. Then he disappeared back into nothing, substantiated only by speculation and memory — until this week, when, still invisible, his career with the Jays abruptly ended. The Jays are eating the $38 million remaining on his contract; in exchange, Tulo will not play for them again.

This fact, now, will always be true: The last thing Troy Tulowitzki did as a member of the Toronto Blue Jays was limp off the field, his ankle twisted grotesquely, unable to carry his own weight. That was on July 28, 2017 — two years to the day since he had been traded to Toronto. One would be forgiven for not remembering. It was a long time ago, after all.

Most Jays fans can tell you where they were when they heard the news. Some saw a push notification. Some heard it on TV. Some woke up to a phone flooded with texts, all-caps and urgent. The Jays got Tulo. The words didn’t seem like they made sense together. The Jays — the AL East’s Canadian also-ran, habitually mediocre and under the ownership of a soulless media mega-corporation, two decades removed from their last postseason appearance — were not the kind of team that made this sort of trade-deadline coup. Trading for Tulo was something that relevant teams did. The Jays had not been relevant in any meaningful sense for a very long time.

When the Jays acquired Tulo, they already had Josh Donaldson in the middle of an MVP season. They already had Jose Bautista and Edwin Encarnacion. Now, they had turned Jose Reyes into someone who, at his peak, was one of the best position players in the National League and one of the best shortstops in baseball. The Jays were still hovering near .500, sure, but this was hope. It was hope beyond what anyone could have hoped for. In front of a home crowd of 27,060, the seats at Rogers Centre visibly unpopulated, Troy Tulowitzki played his first game as a member of the Toronto Blue Jays. His first hit was a two-run home run.

On October 21, in front of a packed-to-the-rafters home crowd of 49,325, the Jays down three games to one in the ALCS, Tulo hit a bases-clearing double in the bottom of the sixth inning. A narrow 2-0 lead for the Jays and Marco Estrada was transformed into a 5-0 lead; their hopes of staying alive, of ending their miracle season with another miracles series win and a championship, grew that much greater. Tulo stood alone at second base, the stadium exploding with noise.

That was as close as the Jays got to fulfilling the promise of the Tulo trade, the promise of the 2015 season. The Jays lost the ALCS to the Royals the next day. They would lose the ALCS again the next season. Tulo never managed to stay healthy. He never played for the Jays the way he had in Colorado. But hearing the jubilation after that double, from a fan base that had gone a generation without experiencing the heights of the playoffs, you begin understand why, despite all the failure, it still feels like it was worth it. It all came so, so close to perfection.

Two of the three worst seasons of Troy Tulowitzki’s career were spent as a member of the Blue Jays. He accrued 5.5 WARP over his two-and-a-half seasons and one lost season, which is less than his total over 126 games with the Rockies in 2013. He hasn’t played in a year and a half, and he’s carrying that massive contract. There was no circumstance under which the Jays were going to be able to trade him, and if they had no reason to believe in a bounce-back season, if they really wanted to give their younger players those innings as they enter the rebuilding process in earnest, then this was the right move.

That, to me, is the saddest part of Tulo’s release: not that it happened, but that, in 2018, releasing Troy Tulowitzki was simply a move that made sense. Three years ago, watching the 2015 Jays surge into the postseason post-deadline, such a thing would have been nearly unimaginable. Only Russell Martin now remains of that core of position players, and the Jays are trying to move him, too, extremely diminished as he is. The dream is officially over. Those Jays never quite managed to put it all together.

But without the Tulo trade, we don’t get that playoff run and the one that followed, Donaldson’s dash and Edwin’s homer and the Bautista bat flip — some of the most memorable moments in franchise history. And on a smaller level, without the Tulo trade, I would not be writing this article. I most likely wouldn’t follow baseball at all. The entire course of my life would be different.

So there is no regret there. The regret is this: that last thing Troy Tulowitzki did as a member of the Toronto Blue Jays was limp off the field, his ankle twisted grotesquely, unable to carry his own weight. That the Troy Tulowitzki who was the most dynamic shortstop in baseball never really made it to the Blue Jays, and that he leaves now, unceremoniously, in the middle of winter, into an uncertain future. That there will be no ovation, no celebratory goodbye — just a shadow, a thought of what might have been, and a reality that comes down at last to a bullet list of injuries. I wish it had ended any other way.

You need to be logged in to comment. Login or Subscribe
Robert Hacking
Well written and it's a shame it ends this way, but you really could see it ending this back in 2015 with the size of the contract and the history of injury.
Reply to Robert
ChicagoOriole
A move that makes sense for a player as prominent as Tulo is still hard for an organization to make. We see that because organizations fail to make it with some frequency. After all, nobody is going to show up to see the replacement-level player from AAA.
Reply to ChicagoOriole
richard carter
Excellent article, sad ending for such a good player.
Reply to richard