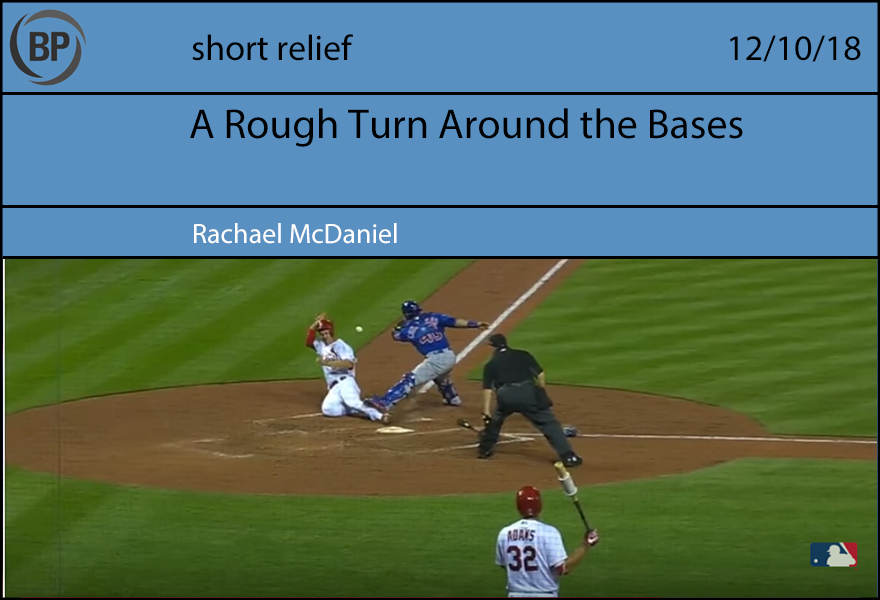 On April 3rd of last year, Stephen Piscotty probably felt about as good as he’d ever felt in his life. He had just signed six-year, $33.75 million contract extension with the Cardinals. Thanks to his hard work and success, his family’s financial future was now secure. He didn’t have to worry about arbitration or free agency. The vast majority of people in the world don’t ever have anything close to $33.75 million guaranteed to them, but Piscotty did. He could stay in one place, the place he wanted to be, and focus on doing the thing he loved. It’s incredible, really.

Piscotty probably didn’t expect, the day after signing this life-changing extension, to get hit by the baseball three times in one trip around the bases: first by a pitch from Jake Arrieta, then on an errant throw to second, and, finally, as he headed home.

Piscotty left the game after that. Getting hit by one baseball is bad enough. Three in a single inning seemed like overkill. And to think that he had probably felt so good heading into that game, that something so good had so recently fallen into place in his life. One moment, you’re a future multi-millionaire; the next, you’re still a future multi-millionaire, but one who happened to experience a bizarrely unlikely series of injurious events in quick succession.

I have a tendency to become suspicious, even fearful, every time something very good happens in my life. Some part of me believes that any stroke of good fortune can only be followed by something bad enough to cancel it out. Though I understand why my brain has come to work this way, I don’t think this is a particularly healthy emotional response. I’ve been doing my best to combat it whenever it has arisen over the past year or so, and I did my best to combat it when something extremely good happened recently: Major League Baseball reached out to me, asking me if I wanted to cover their new events for women at the Winter Meetings. In spite of myself, I got legitimately excited about it.

In a bizarrely unlikely series of injurious events over the course of the week leading up to my trip, I sprained my ankle (which had never happened before), dislocated my jaw (which had also never happened before), and — worst and most bizarrely of all — got detained and denied entry to the United States because the border agents didn’t believe I was a journalist. (The form they gave me classifies me as an attempted illegal immigrant.) For the three-plus hours I was in airport border jail, I held it together, perfectly calm and polite; the second the border agents deposited me back on the Canadian side of the airport, I started crying. I had tried so hard to believe that a good thing was a good thing, and the universe had gone far, far out of its way to prove me wrong.

But I’ve had worse things happen to me than a pair of impermanent injuries and being classed as an enemy of America. I’m fine. I’m not in Las Vegas; I’m at home, in bed, knitting socks. My ankle hurts, but not as much as it did a few days ago. My jaw is back in its socket. I am no worse for wear, and now I have this absurd story to tell about my week of bad luck. It’s a funny story. It doesn’t mean that nothing good can ever happen. It’s only the sequencing that made it all seem so dramatic. Batters get hit by pitches all the time.

“It was hard to believe that could happen in one trip around the bases,” Piscotty said after his misadventure, when it had been determined that he was not concussed. “After it was over and whatnot, it’s kind of funny to look back because I’m OK. Yeah, something I’m not going to forget.” 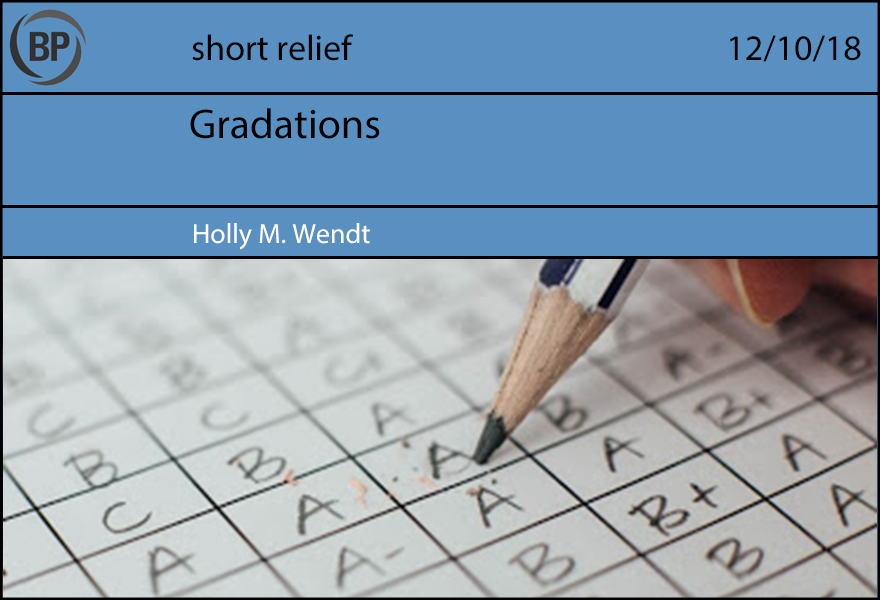 It’s the second full week of December, which, for essentially the entirety of my adult life, has meant finals week. I spent nine years in post-secondary education, polishing the papers and taking the exams (but mostly, as an English major, dealing with the papers) that would see me through the classes I needed for three degrees, and during some of those mid-Decembers and all of the mid-Decembers since 2009, I’ve graded other students’ papers and exams (but mostly, of course, papers). While friends and family outside of academe look forward to this month—the various holiday festivities, the lure of warm beverages and movie marathons, baking extravaganzas and cheese board arranging—the metallic tang of stress coats my tongue and all the hot cocoa in the world can’t cover it.

It’s not entirely the labor—the piles and piles of pages to read, the effort of trying to offer helpful feedback to honor the work done and provide guidance for future writing endeavors—that gets me. It’s the responsibility of being fair and thorough even when I wish I could chuck the whole system of assigning numbers and letters to a process of thought and growth that often doesn’t click until months or perhaps years later. In the academic world, grades are the bluntest instrument in the cycle of assessment and evaluation, and most everyone in the field knows that. And no matter how much we try to re-frame the conversation to say that grades aren’t everything, to teach students that they are more than the number on the rubric and failure is an absolutely necessary part of creative and intellectual pursuits of every stripe, the university system still, by and large, holds tight to the sanctity of the GPA.

For example, I received information about an exciting international summer study program available to first- and second-year students, particularly for those who have not had international opportunities before, but the first requirement was a current collegiate GPA of 3.7. For first-year full-time students, that means that two marks of B+ (surrounded by As) in their first semester would disqualify them, or one C in a class they knew might challenge them—something outside their field, their experience. It’s no wonder students try to avoid courses that don’t let them play to their strengths. A transcript is not a narrative; there’s no visual difference between a C+ that demonstrates extensive progress and intellectual synthesis and the C+ of phoning it in.

In baseball, everything is graded, but at least the tools for assessment and evaluation grow ever more sophisticated (hello, DRC+), allowing for fuller, more nuanced reading of a player’s body of work. There are numbers and narratives and season-to-season trends, career-long contexts I can’t employ when I have to tally a grade for the first-year writing course or fiction workshop. And, of course, in baseball, the point is to be the best, to win as many games as possible (perhaps now or perhaps later, at least theoretically). And that means making decisions: cutting this player and signing that one, trading X for Y—or X and Y for Z, V, W, and a player to be named later—to improve the whole team’s GPA, so to speak.

This is a long way to say I’m still going to miss J.P. Crawford in Philadelphia, no matter the grade.