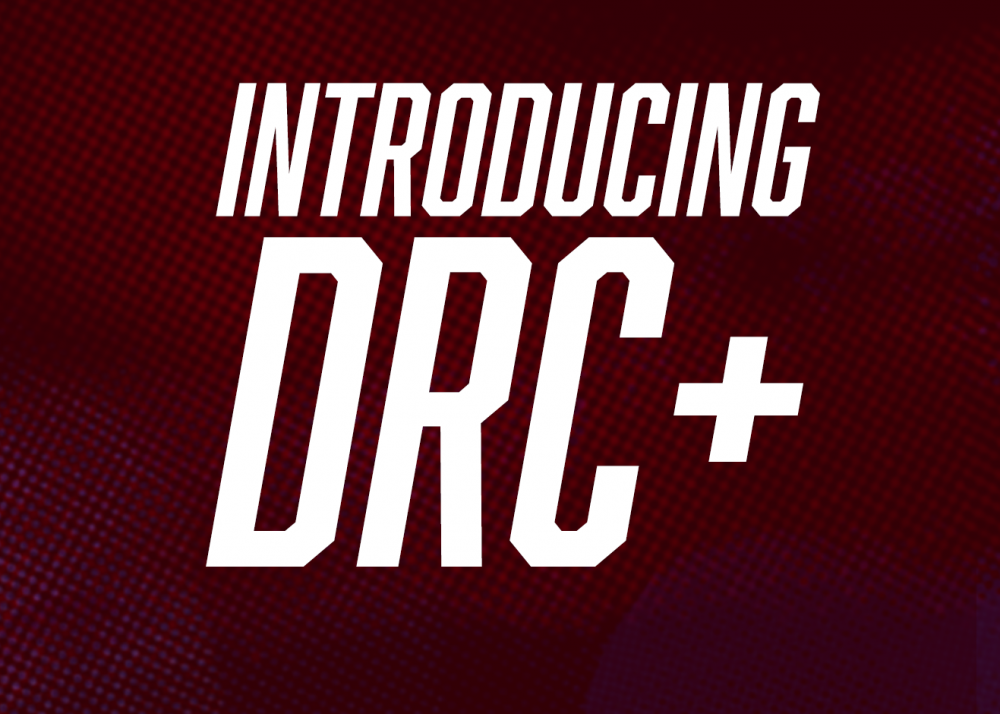 Why another batting metric? Because existing batting metrics (including ours) have two serious problems: (1) they purport to offer summaries of player contributions, when in fact they merely average play outcomes in which the players participated; and (2) they treat all outcomes, whether it be a walk or a single, as equally likely to be driven by the player’s skill, even though no one believes that is actually true.

DRC+ addresses the first problem by rejecting the assumption that play outcomes automatically equal player contributions, and forces players to demonstrate a consistent ability to generate those outcomes over time to get full credit for them. DRC+ addresses the second problem by recognizing that certain outcomes (walks, strikeouts) are more attributable to player skill than others (singles, triples).

DRC+ gives more weight to extreme performances in the former (because they are more likely to reflect the batter’s actual contribution) and less weight to extreme performances in the latter (because they tend to be flukier). By addressing these two deficiencies in existing metrics, DRC+ ends up being substantially more reliable and predictive for individual hitters than any other baseball hitting metric. That includes wOBA, wRC+, OPS+, and many others you still see used by writers in analyzing baseball performance.

With that said, I think it’s important to say a few words about what DRC+ is not. The fact that DRC+ performs much better than other metrics does not mean that these other metrics—which have served the analytic community reasonably well for many years—somehow are “wrong.” There is no “right” or “wrong” when it comes to player metrics; rather, it is a continuous process of trying to get things “more right” than we had them before.

Recently, we provided an objective benchmark system by which metrics could be compared. What you see in that article is a history of steady forward progress in measuring batter performance, starting with batting average and up until recently culminating in wOBA and wRC+. Just as DRC+ has surpassed existing metrics, at some point in the future, DRC+ may itself be surpassed. When that happens, our analysis should be all the better for it.

Similarly, the fact that DRC+ is much more accurate than other metrics on average does not mean it cannot still have weak spots and areas for improvement. DRC+ is the output of several models, and those models make decisions based on what is expected, not by functioning as some sort of oracle. Rough edges and blind spots are still possible, and we’re actually very interested to hear if you think you have seen any.

Having talked about what DRC+ is and what it is not, let’s conclude by talking about one of our favorite parts: that DRC+ is willing to be uncertain. As with our catcher framing and DRA metrics, DRC+ has specific uncertainty bounds. Mike Trout, for example, in 2018 had a DRC+ of 180, with a standard deviation (plus or minus) of 13 points. So, we are pretty confident Mike Trout was somewhere between 167 and 193, and skeptical about him being in the range beyond that, but are happy to admit he very well could deserve something other than exactly 180. Being honest about uncertainty is an important part of understanding what it means to be accurate.

Essentially, DRC+ is our best estimate for what a hitter produces at the plate, based on how much credit he has shown he deserves for each of the outcomes he participated in. We hope you find this useful also.

You need to be logged in to comment. Login or Subscribe
Jonathan Judge
Some have asked about something I meant to address in this article: where do the computations come from and how will you learn how they are done? The answer is that we will start going through those next week. Right now, we are focused on introducing you to the metric and explaining why you should care about it. Next week, I assure you we will happily descend into the nitty gritty.
Reply to Jonathan
Ben Horrow
Does the metric utilize exit velocity and launch angle as inputs?
Reply to Ben
Jonathan Judge
It does not at this time.
Reply to Jonathan
Ben Horrow
Does this imply that it will?

Out of curiosity, why not use Statcast data to create a predictive offensive metric that utilizes those inputs? Given the availability of the data and the reliability of it, wouldn't it produce a superior metric?
Reply to Ben
Mac Guyver
I have not seen much in the way of Statcast metrics that outperform non-Statcast based metrics. I am not sure that it is not more of a novel idea than a great one. I am not aware that batted ball data has advanced to adolescence yet. From what I know, at least most batted ball models don't even discriminate outcomes of right v left handed hitters.
Reply to Mac
Jonathan Judge
It may. It may also result in fairly similar results but the uncertainty intervals would just be tighter. We would have to work out the rights to use those inputs also, out of respect for BAM.
Reply to Jonathan
grasul
Certainly not a complaint, but as a note to hopefully jot down, seeing DRC+ splits versus LHP and RHP in the sortable statistics would have utility for some of us.
Reply to grasul
Jonathan Judge
We actually have already created a variety of splits, including platoon, so let check on the status of those and get back to you.
Reply to Jonathan
Jonathan Judge
So they are calculated but not pushed out yet to the interface. You should have them available to peruse over the next week or two. Thanks for asking.
Reply to Jonathan
Mac Guyver
I am not sure that new metrics are about being more right... although I get that everyone wants to create the new wheel. Ideally a knowledgeable group of people understand what each metric does and doesn't do well. Humans are going to have to apply them subjectively - a good analyst will be more likely to use the right tool for the right situation. I think the best directions to proceed would embrace implicit biases and clearly assert limitations as opposed to trying to fit it all into one model. It kind of blows my mind that we collectively prefer one-size-fits all analysis over more granular metrics. I am largely just echoing what you said - I did read the article lol.
Reply to Mac
CoachK
Trea Turner is #71??? Not realistic...
Reply to CoachK