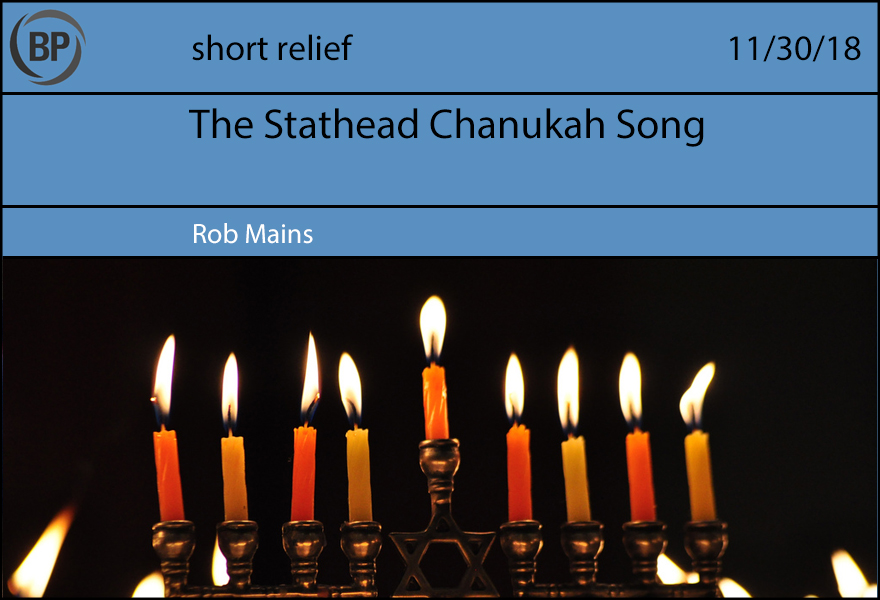 Chanukah starts Sunday night. Growing up, I always hated it when Chanukah started this early. The beginning evening (Jewish holidays start at sunset) for Chanukah and other Jewish holidays is set by a lunisolar calendar that sometimes seems like a random number generator. Chanukah begins on the evening of the 24th day of the month of Kislev. That fell on December 6 in 2015, December 24 in 2016, December 12 in 2017, and December 2 this year, before going back to December 22 next year. As I said, random number generator.

A late start to Chanukah was better because then you’re getting your presents around the same time all your Christian friends are getting theirs, and you get them at least in part during school vacation. Having to finish your history final paper or prepare for your algebra exam sort of takes the luster off getting presents. And in years like this one, when you’re already getting a little tired of your Chanukah haul by the time Christmas rolls around, it’s as if the holiday didn’t happen.

So to bring a soupçon (not a Hebrew word) of joy to a way-too-early holiday, here is a riff on Adam Sandler’s “Chanukah Song” focused on our corner of the world. Being from the upper Midwest, I think I enunciated everything pretty well, but hit me up in the comments if there are any phrases that are indiscernible. The one word with which you may not be familiar is minyan, which sounds like minion, but refers to the quorum of ten Jews required to conduct a religious service.

I apologize for my singing voice. Adam Sandler wasn’t exactly classically trained either, you know.

Massive thanks to Jessie Barbour (“The Statblast Song”) for encouragement, consultation, mixing, editing, and listening to me sing repeatedly. 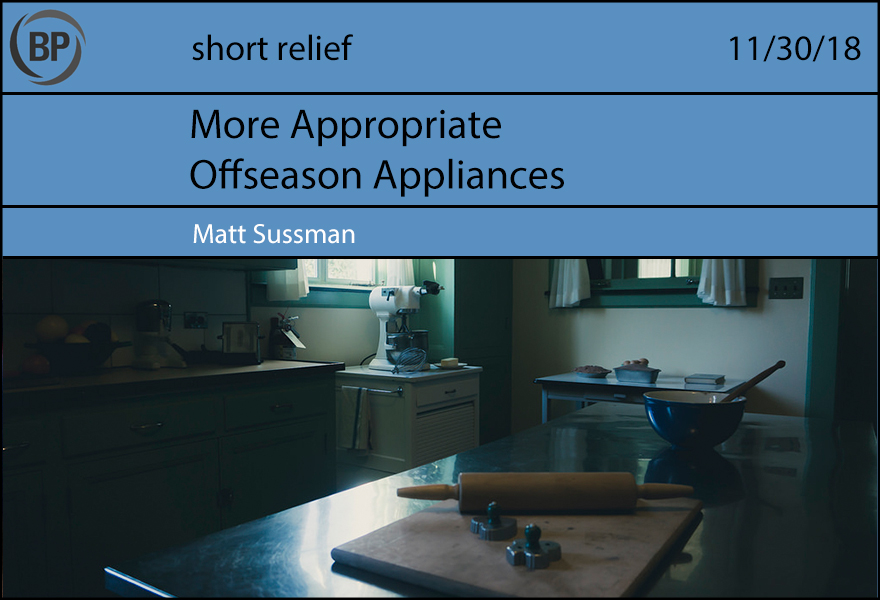 Hot Hibachi: Everyone, look, I signed a closer. And now I’ve traded the closer for two outfielders. Now I’ve spun around and flipped the two outfielders for four prospects. Now one of the prospects has been turned into a flower. Also here’s a pound of rice, you’ll be having that for lunch all week.

Hot Instant Pot: Just throw all the backup catchers into this container. Presto, everybody gets one.

You need to be logged in to comment. Login or Subscribe
Ryan Sullivan
I am here for ANY collaboration between Rob and Jessie!
Reply to Ryan
Rob Mains
Ms. Barbour is way too classy to descend to this level of "music" with any regularity.
Reply to Rob
Llarry
"Lazy Susan" is apparently now considered too judgemental. The appropriate term is "Unmotivated Susan".
Reply to Llarry