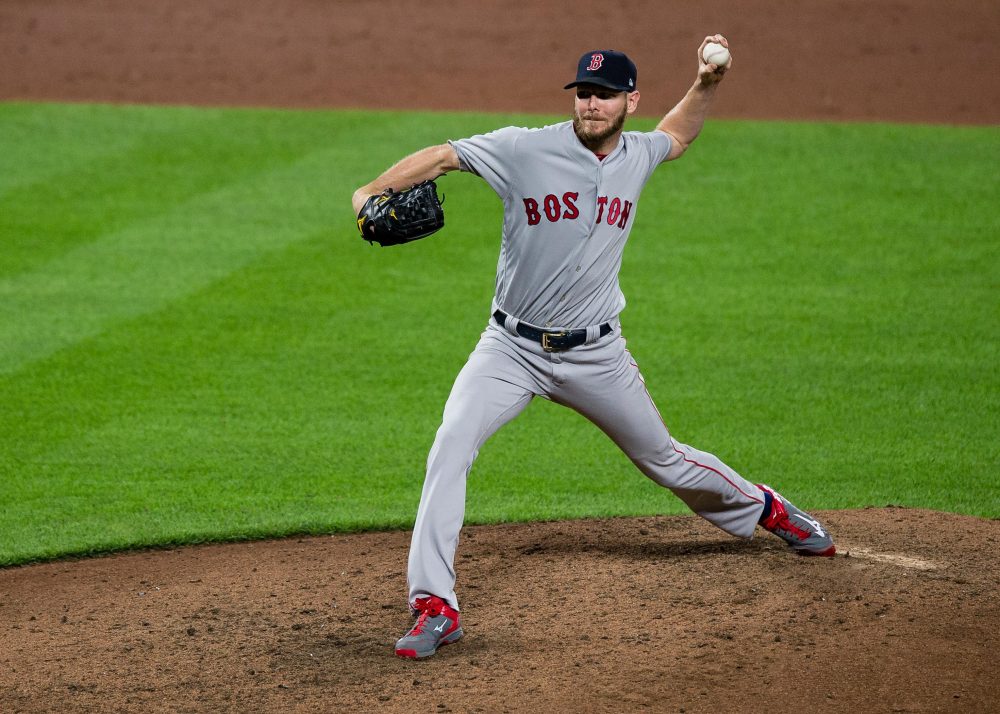 Going into August, Boston left-hander Chris Sale was toeing the rubber as the American League’s Cy Young frontrunner again, having posted a 2.04 ERA with a gaudy 13.2 strikeouts per nine innings through the season’s first four months. Then he all but stopped toeing the rubber. Like a season ago, Sale would ultimately come up short in securing the elusive honor, done in this time by shoulder inflammation instead of a combination of a ho-hum second half and Corey Kluber’s dominance. Sale pitched just 17 innings combined in August and September, allowing rivals like Blake Snell and Justin Verlander (and Kluber, again) to catch up and then surge ahead.

In the end, Snell and Verlander pulled away in a two-man race that went to Snell. Sale, without even qualifying for the ERA title, still finished in fourth in the balloting—just behind Kluber and just ahead of distinguished pitchers like Gerrit Cole and Trevor Bauer—netting a 28 percent share of the vote. Depending on your choice of metric, there’s an argument he could have placed even higher. By Baseball Reference’s version, Sale’s 6.9 WAR was second only to Snell; FanGraphs had him within a rounding error of first; by our own DRA-based WARP, he finished just a few ticks out of second but 1.7 wins behind Verlander.

It wasn’t a snub, though. The innings gap between Sale’s 158 and Snell’s 180 2/3 or Verlander’s 214 was just too big to overcome, and it’s not like either of the top two vote-getters were slouches. Snell reached the 20-win threshold and posted a sub-2.00 ERA; even in an era of sharper awards voters, it’s hard to ignore the black ink on something as integral to pitching as run prevention. Verlander did his usual thing, pacing the league in both strikeouts and K/BB ratio in 200-plus frames.

After another narrow miss, what’s remarkable about Sale’s career to date is just how close he’s come to winning the Cy Young award without claiming the dang thing, finishing among the top six in each of the past seven seasons. He’s been just as close to the top spot using WARP, although he hasn’t quite led the American League by that measure either.

Sale’s finished within one WARP of the top spot four different times, and once—in 2016, when Rick Porcello netted a controversial trophy—he accumulated more WARP than the actual Cy Young winner. In each case, however, there have been reasonable arguments for someone else. In 2017, Sale succumbed to Kluber’s legendary second half, which included a 1.42 ERA over his final 12 starts. In 2016, David Price edged him out in WARP, and Sale didn’t lead the league in any category outside of HBP. In 2015, Dallas Keuchel went toe-to-toe with Sale on a per-start basis but pitched 23 1/3 more innings.

Of course, there’s always a silver lining in the world of baseball statistics. By not winning a Cy Young award, Sale has inconspicuously climbed to prominence on a little-known leaderboard. As it stands now, he’s racked up more Cy Young Award Shares among non-winners than all but one pitcher, and the all-time leader—the 37-year-old Adam Wainwright—is well within his grasp.

It’s a distinguished leaderboard, to be sure. Nolan Ryan was a first-ballot Hall of Famer and Curt Schilling could one day join him in Cooperstown. Dan Quisenberry was one of the game’s most prolific firemen of the early-to-mid 1980s; he averaged 134 innings a year out of the bullpen from 1982 through 1985, and finished second in the Cy Young voting twice in that span. Wainwright had a marvelous peak, but Tommy John surgery in the middle of his career cut it short; he’s a Hall of Very Good shoo-in.

Beyond the non-winner’s category, Sale’s risen to 25th overall in Cy Young Award Shares, ahead of 56 pitchers who’ve won the award, including a pair—Tim Lincecum and Denny McLain—of two-time champs. He’s nowhere close to either the all-time (Roger Clemens’ 7.66) or active leader (Clayton Kershaw’s 4.56), but he could pass pitchers like Bob Gibson and Bret Saberhagen as soon as next season.

Careful readers may note here that changes in Cy Young voting have given an edge to modern pitchers in terms of accumulating fractions of the award. First, the Cy Young didn’t come into existence until 1956, and it was handed to just one pitcher until 1967, when both the American and National League held separate ballots. The voting process has been altered, too: Before 1970, writers voted for a single pitcher; from 1970 through 2009, they voted for a top three; and from 2010 onward, the writers have filled out ballots with the names of five pitchers. There’s more room for down-ballot Cy Young appearances these days, and thus more room to add shares to one’s ledger.

That’s not to take anything away from Sale. Even considering the changes, few pitchers have matched him in both consistency and excellence. With six top-five Cy Young finishes before turning 30, Sale trails just Clayton Kershaw in that category. And in consecutive top-five finishes, his run of six in a row—an active streak—is behind only Kershaw and Greg Maddux (both reached seven).

After winning a World Series this year, what’s left for Sale to accomplish?

Well, to state the obvious: he’d probably like to capture his first Cy Young award. And at just 30, there’s plenty of time for a first-place finish. Contemporary aces like Kluber, Zack Greinke, and Max Scherzer have gotten more productive since turning 30, and even Verlander is turning in a mid-30s renaissance. Given Sale’s age and recent performance, he might be the morning line Cy Young favorite going into 2019.

If Sale doesn’t win a Cy Young, however, he should keep building on his résumé as the greatest pitcher without hardware. Since 1970, Sale’s 144 ERA+ is third among all starters with a minimum of 1,000 innings, behind only Kershaw and Pedro Martinez and 15 points ahead of Stephen Strasburg, the closest non-winner. It’s good company, which is the kind Sale tends to keep.

Either way, Sale’s set himself up well to make some variety of history down the road.