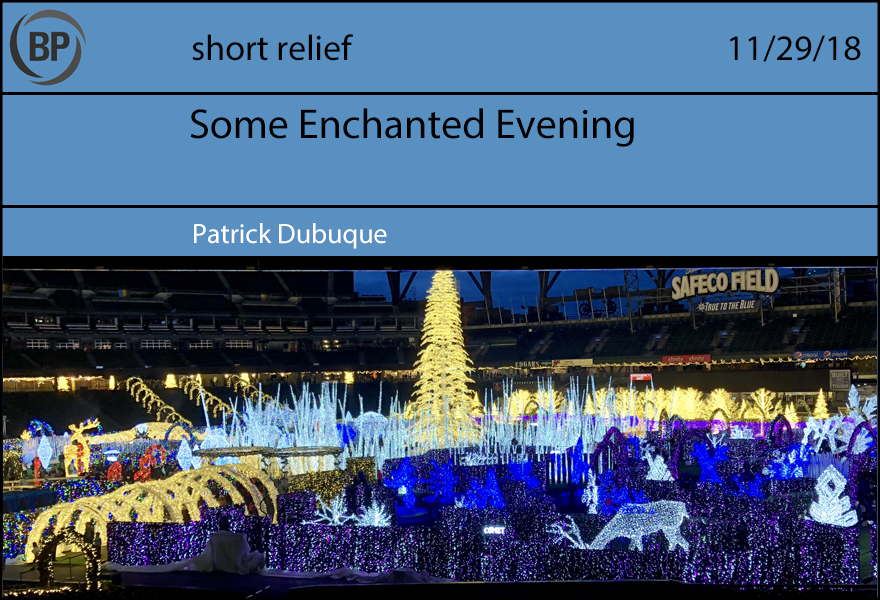 There’s a thing we do, as modern worn-out adults. We have children, and we want to give those children experiences, and we can’t afford real experiences like ruins and cathedrals and shit. Not like our own childhoods, where we were left alone for hours on end to wander empty backyards, static and safe. So we do what we can, bundle them up in hats and gloves and drive much too far to give them things to do. We go to farms and pumpkin patches and little theme parks build on farms, sit on ponderous hayrides and eat overpriced corn dogs. There’s a word for this, on the signs they post near the entrance waiving all liability for if a sheep bites your hand off: They call it agrotourism.

My son especially loves agrotourism. He is enraptured by the sight of cows. He can point at animals and greet them for hours, converse with them like old friends, untroubled by their utter neglect. I envy the hell out of him for it. But as we move into winter and the light fades, we engage in a different ritual: walking around and looking at Christmas lights. It’s essentially the same act, just lumotourism. It still works.

With family in town, then, it made sense for us to attend Enchant Seattle, a large collection of pretty lights gathered on (formerly) Safeco Field. It would be my wife’s first visit to the stadium, and a chance to set foot on the same dirt where Yuniesky Betancourt and Mike Carp once stood. We waded through the lines, the usual security theater, and marched up to the concourse, the lights dim and cool, the sounds muffled. It was an atmosphere that had all the absences of Christmas without any of the presence.

But it was all wrong. The seats were all roped off — the one place you’re usually allowed to be at a baseball stadium — and the concourse was lined with kiosks hawking homemade honey, windows, jewelry, standard nonstandard market fare. The hedge maze on the field was engorged with people, all of them taking pictures of themselves, their smiles never before so well-lit. It was the opening weekend but already the grass beneath us was as crisp as a World War 1 battlefield. Suddenly the initial appeal felt distinctly wrong. We were violating something sacred by being there. The baseball field is beautiful precisely because we’re not allowed to enter it, to ruin it.

We walked around other people as they walked around us, until we grew tired of it and left. The children received a candy cane for completing the maze. They were happy. They had seen pretty lights. When you’re a lumotourist, that’s all that counts. 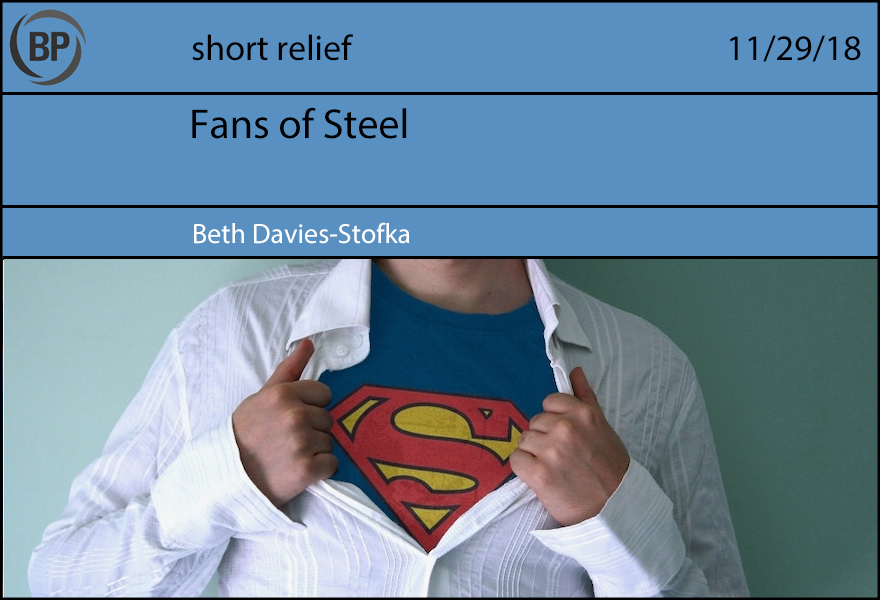 There were so many things that I could have done last night. I could have graded papers, or written a piece for Short Relief, and maybe even rested with my old cat. Sometime in the late afternoon, though, my husband burst into my office waving his phone in the air. “Superman, 40th anniversary! Tonight!” he said. His eyes were shining with excitement. How could I say no to such an adorable invitation?

I had never seen 1978’s Superman on the big screen before. When it came to theaters out our way the following year, we were dripping with the kind of scorn that only teenagers can have for all things corny, heartfelt, or sentimental. Twenty-five years passed before I saw it on my television. I thought it was lovely. On the big screen, it was incredible. Seeing the special effects and art direction in their full glory helped me understand all the fuss. Christopher Reeve was a revelation, combining powerful athleticism with a private smile and a twinkle in his eye as he flew around surprising criminals and rescuing a cat from a tree. Reeve oozed warmth and safety. There was honest, regular-guy charm in his beautiful eyes.

Superman’s story is a quintessentially American story. An orphaned immigrant, he was raised on a farm by two thoroughly decent people. As a grown man, he was a passionate defender of truth, liberty, and justice. He believed it was his duty to preserve these values and protect the lives of others. Powerful as a locomotive, Superman’s moral character was even stronger.

When we were kids, we played Superman. We would run and jump shouting, “Faster than a speeding bullet! Able to leap tall buildings in a single bound!” Sometimes one kid would find a red towel and share it. That way, we all had a turn at wearing the cape. We played baseball, too, and both games taught us how to follow the rules, play fair, and play well with others. “I never lie,” Superman said, and he didn’t. Superman was brave and true. We aspired to that.

Baseball has disappointed those of us who learned our virtues from the sport. Its many moral failings have been more evident this year than any of us would like. Our disappointment challenges us to resist — cynicism, capitulation, helplessness. This is an opportunity to counter baseball’s cynicism with the courage of Superman’s conviction.

Many readers can still see Superman on December 3. Corny, heartfelt, and sentimental, it reminded me that it’s worth it to speak up. Lex Luthor is never truly defeated and Superman never gives up. 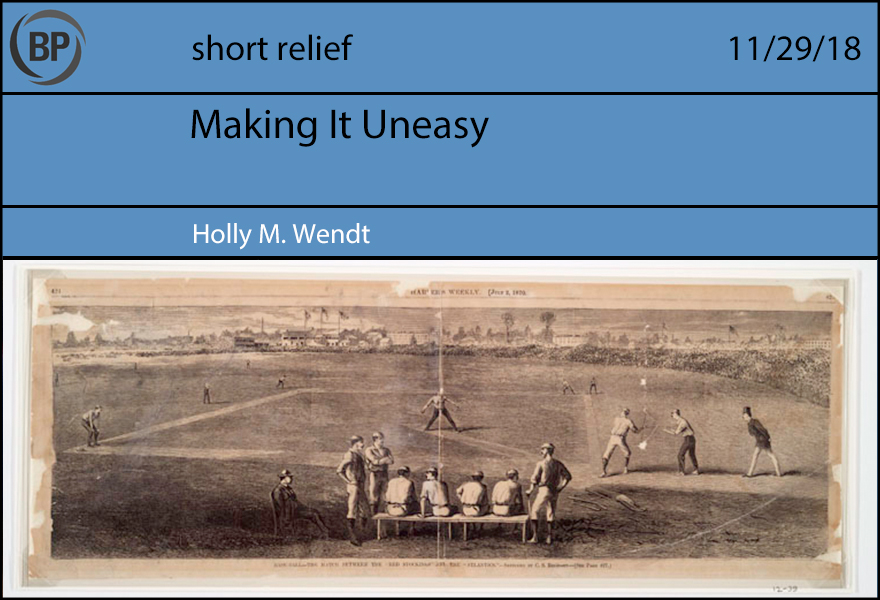 As Roger Angell writes in the opening sentence of “The Interior Stadium,” “Sports are too much with us.” In this week of Major League Baseball being a disappointment (again) in the realm of basic human decency, I find myself agreeing; a break from that familiar bitter pill would be nice. Of course, I’ve taken Angell’s sentence out of context; what he’s really talking about is the omnipresence of coverage — television, newspaper, radio, all these images and accounts constantly vying for our attention — and its conflict with the imagination as repository of the most precious replays and potential head-to-heads. Angell’s essay was written before the heyday of the internet, the ever-more-present scroll of a hundred bite-sized highlights over breakfast. But whether carried in the mind’s friendly confines or the digital repository in the palm, revisiting in-season memories and all that old and familiar ground can feel oppressive, especially when a little distance might be nice.

The repetitiveness of baseball, while a solid, sweet comfort to me most of the time, grates at the moment, here where the days grind down to their shortest swaths of daylight. Even an integral part of our collective vocabulary for measuring a player’s skill lies in a sense of repetition; we say they “make it look easy,” which is to say routine, even rote, even when — or especially when — the play is tricky, the pitch devious. Look, it’s November, and I’m sick of the same-old.

Luckily, the past is present enough to make the sport feel new again — which is to say: strange again. How so? Consider this excellent collection of posed portraits of 19th century baseball players, courtesy of the New York Public Library. Where else but in such a group of images from the early days of baseball can the sport feel fresh, as though this is indeed the first time a player is receiving a ball or preparing to swing? 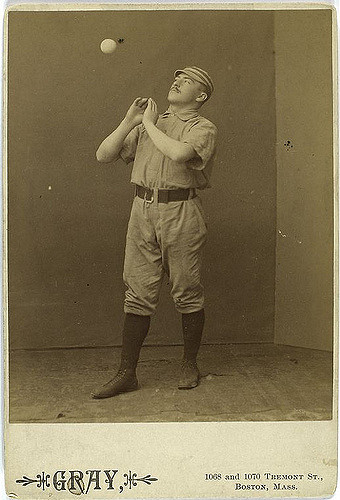 Jim Fogarty of the Philadelphia Quakers prepares to receive a baseball into his gloveless hands — or to ward it off, uninvited sphere that it is. 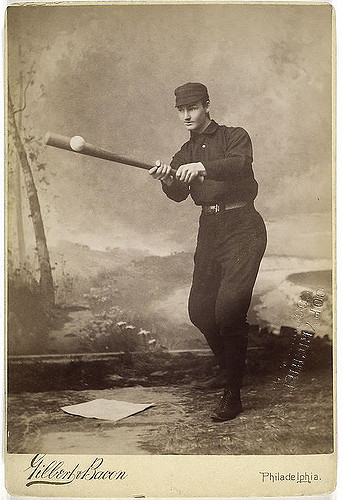 An unidentified player, perhaps also a member of the Quakers, makes contact with a ball quite a bit high and demonstrates quite beautifully the precept of keeping one’s eye on the ball at the moment bat and ball connect. It might be a slap-hit in process or a daringly angled proto-bunt, or it’s a quizzical gaze leveled at a puzzling but not-altogether-unpleasant companion.

Whatever it is, none of this makes it look easy, and that, at least, feels right for the moment.