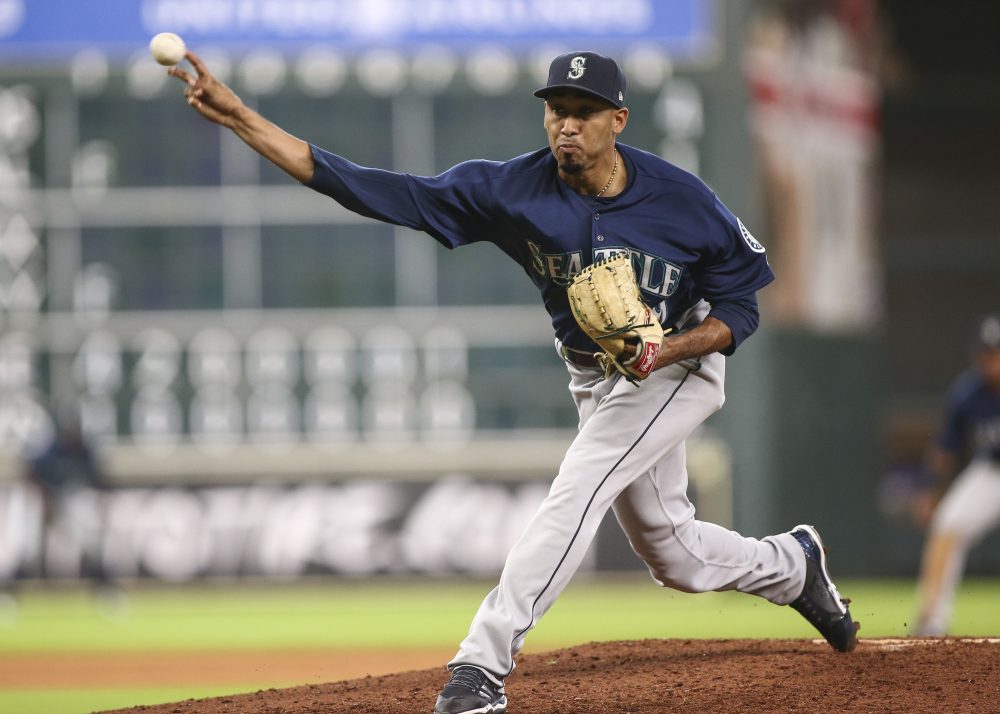 A lot can change in two years.

The last article that I published with Baseball Prospectus was more than two years ago, at the end of the 2016 regular season. It was a celebration of the professional baseball life of Jose Fernandez, possibly the greatest young pitcher of this generation, and an athlete whose pure joy for the game was infectious. It was a farewell, not just to Fern, but to a BP family that I had been lucky enough to call my own for five years.

The MLB game has morphed in the two years since I last walked these hallowed halls. Pitchers and managers have changed the way they approach the management of a pitching staff. Consider that starters are throwing fewer pitches per game and fewer total innings per season as relievers infiltrate the middle innings. The word “bullpen” has morphed into the gerund “bullpenning.” We not only have closers but now we have “openers,” too. Pitchers are piling up strikeouts at an astounding rate, walks are up in general, and home runs are on the spike, harkening a golden era of Three True Outcomes.

Let’s dive a bit deeper into some of the specific trends that have emerged in MLB over the past few years.

1. The 120-pitch game has become nearly extinct, and the 100-pitch game is rapidly becoming an endangered species.

The combination of pitchers expected to throw more often at maximum intensity and the attempt to minimize their overall workloads has greatly lessened the frequency of pitcher outings that involve 100 or more pitches. The 120-pitch game is essentially extinct, occurring just a dozen times total in 2018 (that’s twice per month). It seems that the only way a pitcher tosses 120 or more pitches these days is if he has a no-hitter going late in the game, in which case some managers will let him toil in the name of achieving a personal milestone.

Perhaps more striking is the decline in the 100-pitch game, which used to be an expectation for any regular starter and which occurred in roughly half of all starts just 10 years ago. But 100-pitch outings have been going the way of the dodo for the past five years, suffering such a precipitous decline that just over a quarter of starters last season saw 100 or more pitches thrown across MLB.

2. With earlier exits come fewer innings, and the season-long workloads of pitchers have been cut dramatically the last few years.

The number of 200-frame horses has been cut in half since five years ago, and the famine is not just felt on the top end, as the number of qualifying (162-plus innings) pitchers has also dwindled. Just 32 pitchers in MLB turned the task of 180 or more innings in 2018, leaving essentially one pitcher per team who stood on the bump for 30 starts at an average of 6.0 innings per start last season.

3. A starter’s loss is a reliever’s gain.

The leagues have been going this way for decades, but the rate has accelerated over the last few years.

Innings are being redistributed from starters to relievers by the bucketload. Teams have found all sorts of uses for the bullpen, from single-frame “openers” who face the top of an opposing lineup in the first inning and then hit the showers, to multi-inning bridge relievers to the bucket brigade of specialists, stoppers, and closers at the back end. Some teams are “bullpenning” games, leaning on relievers from the first inning through the last, and many clubs are using a regular-season hybrid of the heavy bullpen usage patterns that have been used in recent playoffs.

This overall trend towards a more balanced distribution of innings has a lot of positive ripple effects, and I think the best is yet to come. Some teams are already ahead of the curve with this, but one thing I’ve been yelling from the rooftops for the past decade is that pitchers are human beings with varying and variable staminas and ideal workloads. The idea of stuffing them into predetermined buckets of 20 pitches for a reliever or 100 pitches for a starter was terribly inefficient and detrimental to the optimal development patterns of countless athletes. The modern usage patterns for relievers might help to finally break this cycle.

Ballplayers fall all over the spectrum in terms of ideal workload, and a coach is the person in the best position to work with a pitcher to identify his own personal level of stamina and design a workload around it, yet realize that the stamina changes over time. The strategy also allows a manager to further personalize a pitcher’s workload to help minimize injury risk. As a coach, the artistry comes from configuring these differing workloads to form a cohesive chain from the start of a game or season to the end.

4. Pitchers are racking up strikeouts at an face-melting pace, obliterating previous records on a rate basis.

These are two trains headed in opposite directions, but the net result is that nearly one-third of the pitchers who have qualified for the ERA title over the last two seasons have posted a strikeout rate of 25.0 percent or higher. That frequency has essentially quadrupled in just nine years. Meanwhile, relievers such as Josh Hader, Edwin Diaz, Aroldis Chapman, and Dellin Betances are striking out more than 42 percent of the batters they face.

5. We can see that strikeout rates are off the chart, but the unique characteristics of modern times have created an oasis of Three True Outcomes.

I feel like this is the source of tension for a large swath of baseball fans. Yes, the extra homers are exciting, but the lack of balls in play has made the game less appealing for some. True outcomes—strikeouts, walks, and homers—are the anti-BIP, and they are uniquely interesting to baseball analysts because defense is taken out of the equation.

For years, the percentage of balls in play (which is 100 percent minus the TTO percent in any given year) hovered right around 70 percent, but that percentage has taken a hit the past three seasons, such that balls in play represented fewer than two-thirds of the plate appearances in each of 2017 and 2018.

I have been pretty busy since that fateful September of 2016. My wife and I had child no. 2 that December; I took another lap as the Director of R&D at the National Pitching Association; the Baseballholics Anonymous podcast had our 100th episode; I became a small business owner; and now I find myself writing again for Baseball Prospectus.

A lot can change in two years, and that includes the audience. So, for the uninitiated, here are a few of my core philosophies when it comes to pitching (read the linked articles to find out why):

I’ve also made some changes to my Mechanics Report Card, which I will break down in detail in a future article. For those who want background, here is a series that I wrote back in 2012.

I’ll offer my usual analysis, mixing stats and stuff with pitching mechanics to better understand the chain links within the Process-Outcome cycle. Underneath all of these changes within the game are leaps of modern technology that have elevated baseball analysis to understand player performance and development. Thanks to the proliferation of Statcast data and the history of PITCHf/x data, we can utilize objective information to answer questions about stuff that were previously unanswered. Mechanics aren’t yet being measured in real-time (at least not publicly), but that’s the next link, and I’m here to dig deeper into the study of the whole cycle.

Welcome to the new normal. Time to recalibrate.

“Somewhere, something incredible is waiting to be known.”
— Carl Sagan

I'm really happy to be here, engaging once again with the best audience in sports media.
Reply to Doug
James Thompson
As a newbie baseball fan, your articles from years back taught me all I know about pitching mechanics - glad to have you back! Wish you and your family the best
Reply to James
Ricky Valenta
Welcome back and an excellent article that is up with the new wave on how teams use pitching.
Reply to Ricky
jfranco77
Welcome back! Not just a baseballholic but a baseballprospectusholic! Can't wait to see what's next.
Reply to jfranco77
Barry Rubnowitz
Welcome back - like seeing an old friend.
Reply to Barry