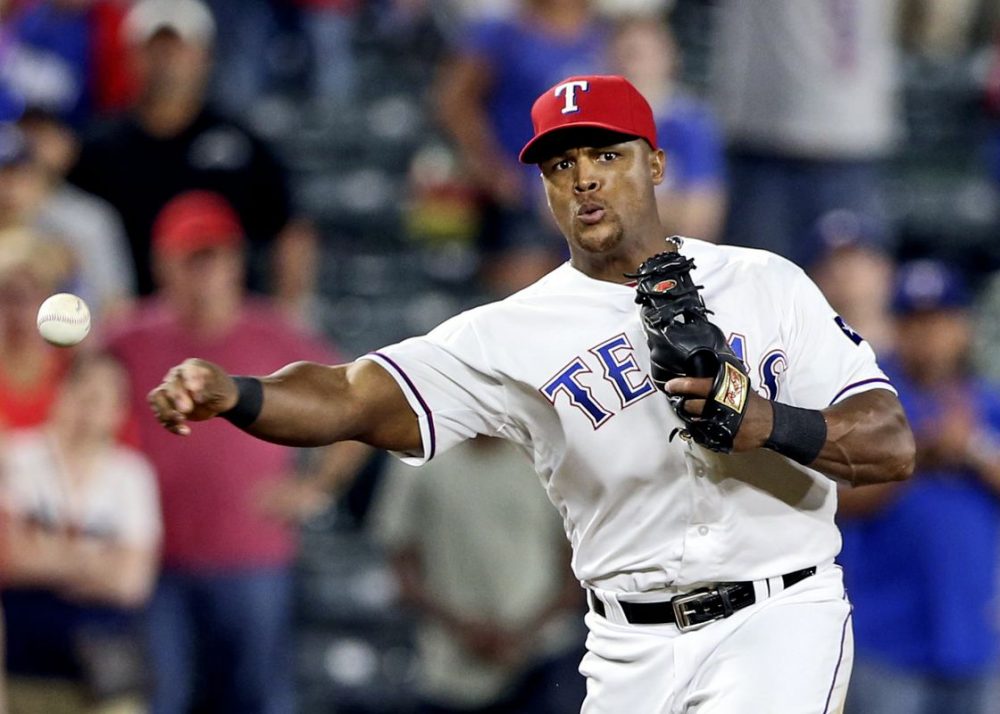 Adrián Beltré’s presence at the hot corner has so long been a constant of Major League Baseball, one of the Sporcle questions you could get right without trying, that it’s hard to imagine the upcoming season without him. After the 39-year-old retired last week, though, that’s exactly where we find ourselves.

Just two years ago, I wrote a piece on the joy of Beltré, ending it with this sentiment:

“Beltré is signed to two more years with Texas, and while it’s impossible to see the future, it’s not difficult to imagine him at 39, bringing the same level of dedication, passion, and joy to the game as he has for the last 19 years. In a time where we need joy now more than ever, Adrián Beltré is one of a kind.”

Beltré is one of a kind because of that passion for the game, his seemingly boundless energy, his leadership skills, his GIF-ability, and his incredible talent—all reasons that the national baseball community has developed a deep love for the third baseman over his 21-year career.

Here we are now, that two years later, and to the very end of his career, Beltré played with that same kind of joy and passion, no matter the quality of play around him. Though he never managed to earn a World Series ring, coming closest with heartbreak in 2011, he’s still a likely sure-thing Hall of Famer, an honor well deserved for everything he brought to the game.

It’s weird, writing that in the past tense. It’s hard to imagine going into the 2019 season without Beltré, without his steady presence at third base or as a designated hitter. The Rangers’ youngsters aren’t quite so young anymore, with reported successor Jurickson Profar—who always seemed to be a skinny kid prospect—already entering his age-26 season. In so many ways, it feels like the end of an era, one that started when the Rangers were at the height of their successes.

Unlike so many other great hitters, including contemporary and former teammate Ichiro Suzuki, Beltré seemingly retired exactly when he should. In this last season, he hit .273/.328/.434 over 119 games. It’s both a sign of Beltré’s innate hitting ability and how poorly the Rangers performed overall that he led the team in batting average while racking up hits 3,049 through 3,166 at age 39. Every other night, it seemed, the pregame show was highlighting which Hall of Famer Beltré had just passed on the hits leaderboard, and his retirement leaves him 16th or 15th all time, depending whether you use Sports-Reference or MLB.com.

However, those sneaky peripheral statistics, the first layer of that which gives real insight into current ability, reveal a crack in Beltré’s seemingly invincible armor. Nothing huge—nothing that would seem to scream that it was time to put the bat down—but to a player as in-tune with his own abilities as Beltré seemingly is, it might have been enough.

In 2018, Beltré became a little more impatient at the plate, his swinging-strike rate jumping from the 16.8 percent it averaged between 2015 to 2017 to 23.5 percent—still a solid number, and far below junior teammate Joey Gallo’s 40.1 percent, but not to his previous standards. In fact, earlier in his career, that would have been a respectable rate, as would have been his 76.5 percent overall contact rate.

Had Beltré decided to go for his age-40 season, it’s likely that he would have re-signed with the Texas Rangers, and continued in the modified third base/designated hitter role he filled over the last two years. He could have continued to add to his hit tally, and surely he would have hit the occasional home run, padding his already sure bid for the Hall of Fame. That’s not the road Beltré decided to take.

We’ve seen hitters stick around past their prime, and then, based often purely on grit and determination, far beyond that. What Ichiro has done is nothing short of amazing, and his drive to make it to next year’s games to be played in Japan is admirable, but with our memories of his former self, it’s hard not to notice where his game is now. It’s even more visible with players like Ken Griffey Jr. or Albert Pujols, who at one time sparked our imaginations and lit the game of baseball on fire. Beltré’s was a different kind of genius, yes, but perhaps that’s part of the decision.

Beltré made a career of reinventing himself, in a way. He’s rebuilt his swing to accommodate any number of injuries, developed his unique throwing style when he realized he could be more accurate, and brought a unique sense of passion and style to a game that even today falls into the trap that dullness is equivalent to effort. More than anyone, he’s always known exactly how much more he had to give—be it one more swing, one more diving stop, one more season—and now he knew when to stop.

We’ll miss Adrián Beltré, and we’re not likely to see someone quite like him ever again.