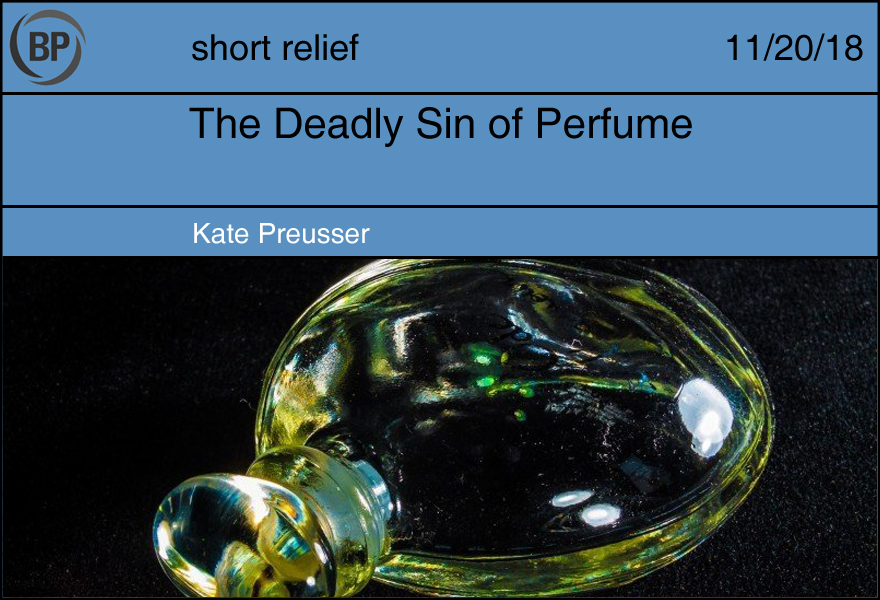 Today in the continued Hellscape Off-Season for Mariners fans, James Paxton was traded to the Yankees for Justus Sheffield and the Justus Sheffield Singers. I had a tip this was going down, so I spent the early part of my day looking up things about Justus Sheffield. I stumbled upon this article from MLB.com from July of this year, one of those background profile pieces written about a young star about to debut, focusing on his family, how he was raised. People like to know where their stars come from, what path they’ve walked along their journey; they especially like to see stories of redemption and resilience, of overcoming the odds, triumphing against adversity, making good on past mistakes.

Sheffield is no exception; in January of 2015, after he had been drafted in the first round by Cleveland and finished his first stint in pro ball, Sheffield was arrested for breaking into the house of someone he suspected to be “messing around with his girlfriend,” along with two of his former high school baseball teammates, and confronted him in his bedroom. Sheffield, who had been drinking, was charged with underage drinking and aggravated burglary, which he later pled down to criminal trespass. In the article for Yankees Magazine, Nathan Maciborski–who images show as a short, besuited fellow, often leaning in earnestly towards his subject–is tasked with rehabilitating Sheffield’s image, or at least writes like he is. There are home-spun anecdotes about Sheffield’s mother’s cooking, the high standards his family sets for behavior, the inherent competition between Justus and his brothers Jordan and Jaxon. Maciborski sets the scene:

“How many times had Travis sat his boys in the barber chair in their garage and warned them about the three lures that get young men into trouble: the car keys, the perfume and the alcohol. Those “deadly sins” had converged to sway Justus into making a bad decision. It could have been worse, but now that he was a professional baseball player, it garnered widespread attention.”

I think about Nathan Maciborski, in his neat gray suit, clicking off his recording device, leaving the Sheffield’s home in Tennessee, and returning to his hotel. I think about him opening his computer to type up this story, as I have many times, and pulling the quote about “deadly sins,” inserting it in his story, embroidering around it, without a second thought. I think about the careless metonymy of a cloud of perfume representing a woman, a girl, nameless and faceless in the story, but somehow the trigger for the downfall, however brief, of a bright young superstar. I think about the picture Maciborski has posted to his twitter account of himself playing guitar for his young daughter, and how he would feel about someone reducing her personhood to a spritz of perfume, how he might feel about using her actual human life to represent a “deadly sin.”

I think about the segment from Last Week Tonight about sex education in the US, and how there are people whose entire jobs are to go to schools and tell kids that abstinence is the only way not to disappoint your family and community; that a woman who has premarital sex is, by turns, a stick of chewed gum, a pair of dirty sneakers, or a piece of tape that’s lost its stickiness. I think about how in baseball, there are still mainly only two roles for women: devoted girlfriend/fiance/wife, or the dreaded “distraction.” The thing that gets in the way of someone else’s rising star. The thing someone has to overcome. The cloud of perfume. 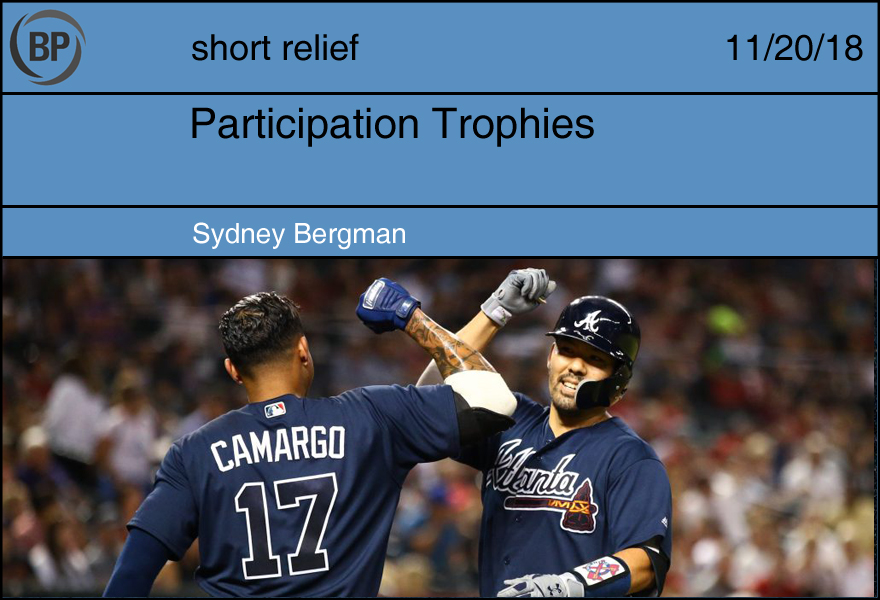 Some time during Kurt Suzuki’s tenure on the Nationals, he’d played a particularly long game and the bat or ball boys working the game decided to reward him with a Gatorade shower. It must have been 2013, because it was a statement on the small victories of that year – and the larger sense of defeat. A team that won 96 games in 2012, and went out in spectacular fashion, finished 10 games behind the Braves in 2013. So he persevered during a game that probably went to extras, and got dunked with Gatorade for… doing his job?

Suzuki himself posted a somewhat unspectacular season, hitting .222, but we liked him anyway, mostly because he fulfilled his role as a Gio Gonzalez whisperer, and frankly, it was clear the whole team was destined for a fairly unspectacular season. We took what we could get.

The Nats welcomed back Suzuki with a two-year deal yesterday. Other than him, only two current Nats players – Stras and Zim – were on the 2012 roster, next to guys who went on to greater or lesser things. Suzuki’s become something of a late-career hitter and was one of the few Atlanta players this year whose success I didn’t resent.

But I mostly remember that moment, that you-tried-star sports drink bath, that participation-trophy Gatorading. I’m Suzuki’s age, on the upper boundary of millenial-ity, either a millennial or a member of the Oregon Trail micro-generation, one defined by its student loans or possibly Jordan Catalano. A generation taught that there aren’t participation trophies in life by the same elders who insist on doling them out.

The thing about participation trophies is that no one really wants them. So, I can’t imagine Suzuki wanted to get a Gatorade bath for not doing anything terribly spectacular any more than I wanted a tiny medallion for having once played soccer. But he took it with humor and good enough grace, and if there’s any way to commemorate having played for the 2013 Nationals, it’s probably having to wear Gatorade when you didn’t want to in the first place. What I’m saying is welcome back, Kurt – and here’s hoping (tfu tfu tfu) that a tub of half-warm electrolyte water isn’t the only trophy we get next season. 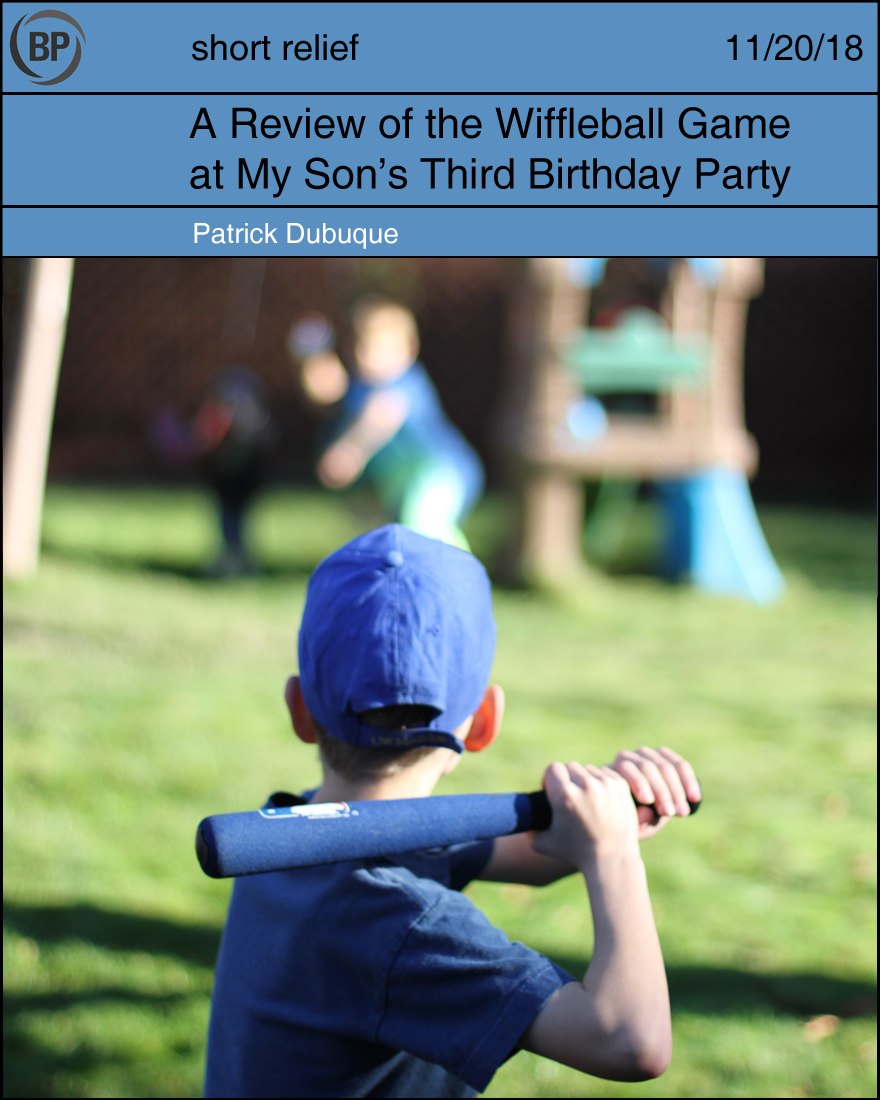 Last Sunday was my son’s third birthday party. The theme was “animals.” We blew up some balloons, got some cupcakes with tigers and hippos on them, swabbed and braced the house for the onslaught, and invited sixty of my closest friends and their children to visit and destroy.

The ensuing carnage spilled out into the backyard, encouraged by a pleasant Pacific Northwest autumn afternoon. While I pushed my son in the swing for the final time this year, some of the other boys seized upon the ample green to play wiffleball. The kids hit grounders and ran around nonexistent, continually-shrinking basepaths, until baserunning looked like bad dancing, and every ball in play a home run. A third boy immediately volunteered to be umpire, leading his father to affectionately dub him a cop; my older daughter shouted encouraging commands at the players, not to cheerlead but secretly believing she controlled them, the way kids push buttons on the second controller of the Nintendo while waiting for their turn.

Wiffleball is, in many ways, the perfect sport for children; the gaps of time so reviled in our modern professional sport go unnoticed by the young, capable of sailing pitch after pitch, chasing after errant pitches, pondering the existence of life through a blade of grass. Every so often a pitch would find the strike zone, and a kid would muscle a ball over our fence, into the weeds of our neighbor’s untended back lawn, never to be seen again. But as the game proceeded, this idyllic pastime transformed in two ways.

I didn’t even notice the first as it happened. The adults looking on from the deck decided to put themselves to use, chatting in the outfield, in hopes that they could snare a fly at the fence and save a thirty-cent ball. Then, tiring of the scattershot pitching, I took over and slung lazy sidearms, hitting the children more often than not with that quiet, high-pitched, hollow “plonk” of shame. We managed the game, made it more efficient, improved it, made it something other than what it was.

The other we did notice. An eight-year-old girl, the star athlete of her own sports teams, asked for a chance to bat. One of the boys saw it as an opportunity to either encourage or trash talk: “Move in! Take it easy on her, she’s a girl.” The game halted, and suddenly we were parents, softly but firmly explaining sexism to a seven-year-old. Just pitch. Let her hit. The girl smoked the first pitch to the wall and circled the bases, the full ones.

We played until the competitive boy had to go home; he asked for one more at bat and spun our last wiffleball over the mock orange, barely scraping the fence and disappearing, cheering himself as the rest of us shared that feeling of having a thing ended for them. Suddenly baseball was a kid’s game again: diverting and unfair.

As we marched inside, the boys fought over the score. “I won! I had twenty runs!” one said.

“Actually, I won. I got forty runs for owning the house.”

“That’s the rules. If I didn’t own the house, you couldn’t have played at all, right?”

It’s always good to provide life lessons, even during a kids’ game. After all, in the real world, the basepaths are always changing.