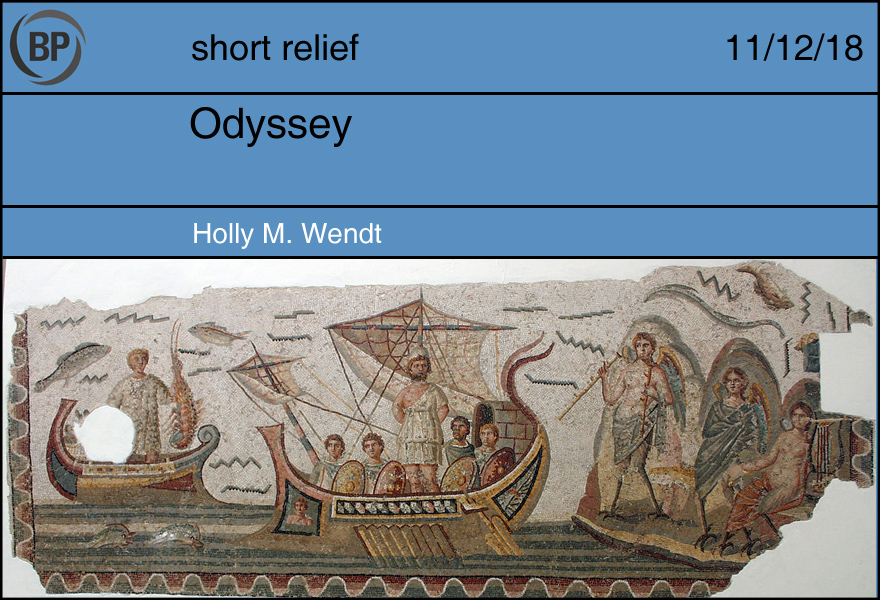 On Sunday afternoon, acclaimed classicist Emily Wilson sat in conversation with novelist Madeline Miller in The Midtown Scholar bookstore in Harrisburg, Pennsylvania, the same place I heard Keith Law speak two summers ago. Wilson and Miller’s subject matter was largely The Odyssey, a work most impactful to both of them, quite materially. Wilson’s masterful translation of The Odyssey was just released in its paperback edition, and Miller’s Circe—my favorite novel of the year—is enjoying well-deserved accolades.

The Odyssey, the epic telling the story of Odysseus (Ulysses, in the Latin), king of Ithaca, making his way home after a decade spent in fighting the Trojan War, has become shorthand for any lengthy and arduous journey. It takes Odysseus more than eight years to complete his sojourn, after all, and even if a person hasn’t read it, some of his most significant obstacles are likely familiar: the cyclops, the Sirens, the rock-and-hard-place (or devastating whirlpool/sailor-devouring monster) choice between Charybdis and Scylla. But it’s not entirely those terrifying physical trials and the repeated displeasure of the gods for infractions large and small that eat up the years, that make it so the infant son Odysseus left behind is essentially an adult when next the two meet.

No, the attendant obstacle is pleasure, all bound up beside the suffering. For every divine smite—for killing the cyclops Polyphemus, Poseidon’s son; for killing the sun-god’s cattle; for improper gratitude—there is sensual comfort. Odysseus spends six years seemingly the happily cosseted lover of the sea-nymph Calypso and only as the seventh elapses does he think that perhaps he should go home to his wife. He spends another year sharing a bed with the sorceress Circe, whose quiet island of Aeaea offers respite after yet another harrowing episode on the waves. The Lotus-Eaters and the Sirens offer mental rest of a kind; the Phaeacians fete and feast Odysseus as honored guest. At every turn, Odysseus is offered the temptation to simply stop short, to stay here or there, and to give up the thought of home. It would be so much easier.

Easy, too, is to bring The Odyssey into conversation with baseball. Sarah Gridley’s “The Minors” is a poem that does so overtly. In just twelve tight lines, the myth’s heart is evoked: the glamour of the field (of battle and play), the scything weight of life’s brevity (in baseball and elsewhere), and wise and patient Penelope unweaving at her loom to buy just a little more time. The poem’s final lines complete the conceit: “The boys are setting out / and coming home: / Ulysses & Ulysses & Ulysses[.]”

It’s the title of the poem that delivers the resonance. If we’re left with only idea of baseball, it could be anywhere: sandlot, high school, Sunday idyll. But “The Minors” makes it more epic, more arduous; the baseball-minded reader knows the length and depth of that sea. “The Minors” reminds us of the push and pull between pleasure and suffering, the delight in the game and the exploitative systems churning beneath it, the costs and who bears them. Both player and fan are tempted to focus on one, not the other. Maybe we’re swayed by the reminder that baseball, like Odysseus, is always staggering toward home. Gridley’s poem ends without a period; this a journey still in progress, each game its own odyssey—to come home, to score, to win, and thus to get into the lineup tomorrow—no matter how much easier it might be to do something—anything—else. 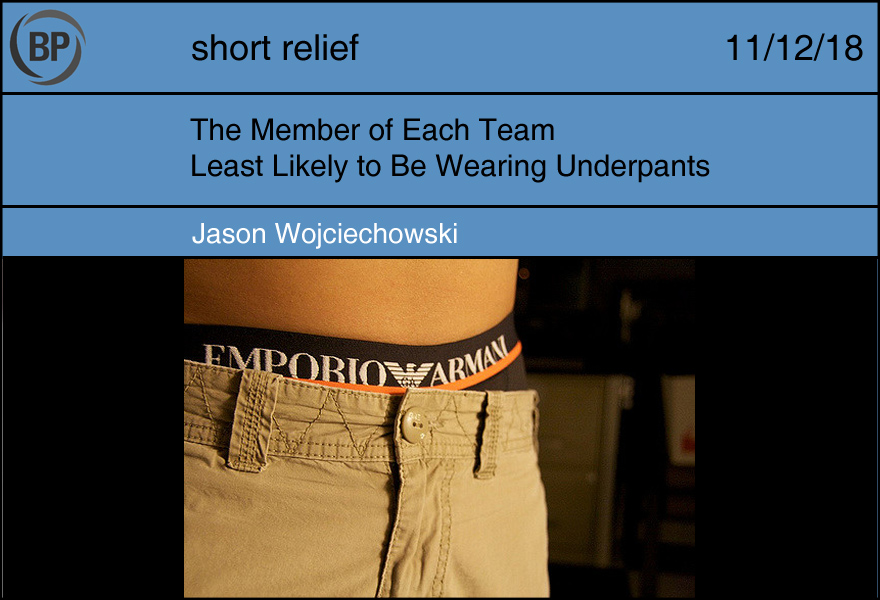 You need to be logged in to comment. Login or Subscribe
Peter Collery
Dougie's going commando! https://deadspin.com/171019/inside-the-mind-of-doug-mirabelli
Reply to Peter
Eric Naftaly
Thought it said the Bando museum, and was wondering how Captain Sal was going to get into the discussion. Oh, well.
Reply to Eric