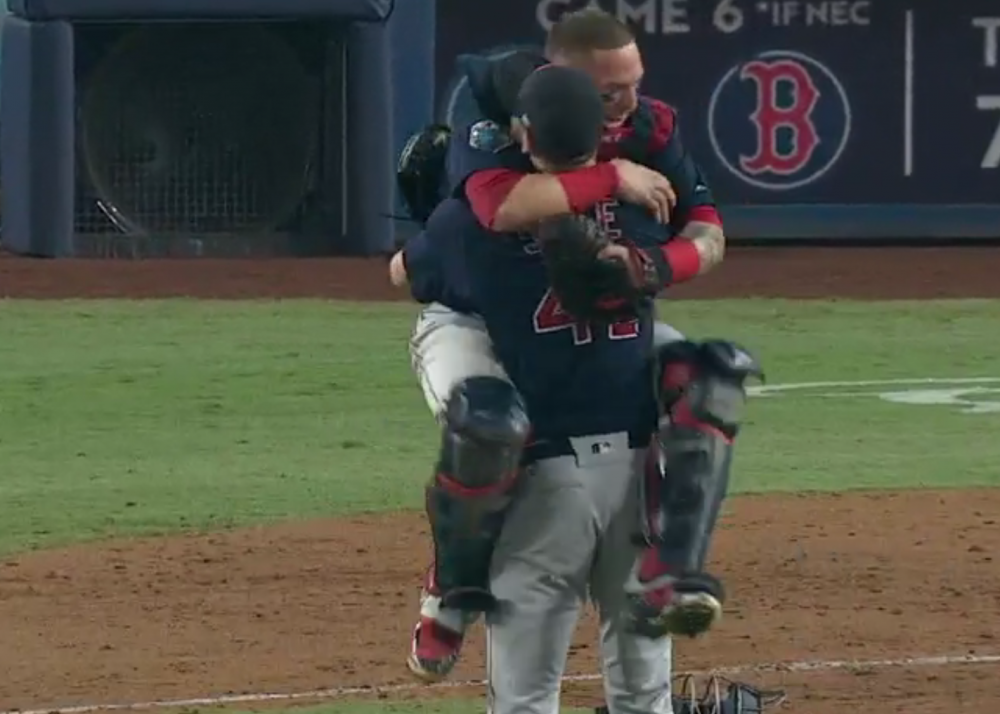 The sole survivor is Xander Bogaerts. In 2013, he was one of MLB’s top prospects, BP’s second-ranked in all of baseball after that season. The Red Sox called him up in mid-August, and he played sparingly at both third base and shortstop down the stretch. He slowly claimed the third base job, previously held by Will Middlebrooks, as that postseason wore on, and ultimately started every game in the World Series. It wasn’t a straight path—he turned out to be a far better shortstop than a third baseman, and he didn’t truly break out as a hitter until 2018—but he’s now one of the building blocks of the franchise, a true star in his prime.

In the same wave from the farm as Bogaerts were two picks from the 2011 draft: likely AL MVP Mookie Betts and ALCS MVP Jackie Bradley Jr. As my former colleague Michael Baumann likes to note, Bradley sure was a hell of a player in college at South Carolina, but he had a down junior season and fell to the 40th pick. Boston themselves picked three times before they took JBJ.

As with Bogaerts, Bradley’s path has been circuitous, and he was in danger of getting pegged as a part-time defensive specialist until 2016. Betts, on the other hand, started crushing the ball in the low minors and has never stopped, despite expectations based on his size. He drifted from second base to center field to right field as Boston’s yearly needs warranted. Simply put, he’s now one of the best players in the game.

Before the 2013 season, then-general manager Ben Cherington traded a prospect package led by future All-Star closer Mark Melancon for closer Joel Hanrahan. You might be asking what the hell Hanrahan is doing in this article, and for good reason: he was awful in nine relief appearances that year, and he’s had more Tommy John surgeries (two) than major-league appearances (zero) since.

Why we’re talking about that deal today is that the throw-in with Hanrahan was a 24-year-old utility suspect named Brock Holt. Holt would spend another year bouncing between the end of the bench and Triple-A in 2013, and watched from afar on that World Series run. In 2014, he’d establish himself as a valuable super-utility player, a role he’s largely held since. After an injury-plagued 2017, he had his best offensive season in 2018 while starting at seven different positions. He played five of them in the playoffs, and added big hits along the way.

The Red Sox unexpectedly cratered in 2014 and 2015, failing to crack 80 wins in either season, even as trades brought in pitchers Rick Porcello, Joe Kelly, and Eduardo Rodriguez, all key contributors to later postseason runs. Just two seasons removed from a World Series, the franchise abruptly changed course. Gone was Cherington, and in was Dave Dombrowski, the master of star acquisition. Dombrowski inherited a hell of a farm system from which to wheel and deal, led by the $63 million man, Cuban sensation Yoan Moncada. Top prospects were now potentially commodities to be moved in addition to answers themselves; in retrospect, he might have kept the right ones in Andrew Benintendi and Rafael Devers, anyway.

Dombrowski would strike quickly, trading a big prospect haul to San Diego for the world’s best reliever, Craig Kimbrel. At the time, that package was fronted by Manuel Margot and Javy Guerra. Margot has floundered a bit in the majors, and Guerra has fallen on hard times since switching systems. Three years later, the verdict is still out on the trade’s “winner” and it looks like the best piece the Padres got might be pitching prospect Logan Allen. In any event, Kimbrel’s shaky postseason belies his three excellent years getting there, and the Kimbrel return certainly looks a lot lighter now than when it was headed by our 14th- and 56th-ranked prospects.

Dombrowski followed that up a few weeks later by signing David Price to the richest pitching contract in baseball history, $217 million over seven years. Up until a couple weeks ago, everyone in Boston’s front office probably wished they could’ve had that one back. Now Price is a playoff hero, repeatedly shoving after early shakiness under a crazy workload that looked like something out of the 1960s. Baseball is weird.

Even after a division title in 2016, it didn’t stop. Perennial Cy Young contender Chris Sale became available as the White Sox entered a rebuild, and Dombrowski added him at the cost of Moncada and three additional prospects. Sale somehow got even better after coming to Boston, although he battled arm troubles late this season. Moncada, top pitching prospect Michael Kopech, and outfielder Luis Alexander Basabe all may yet be stars, but the Red Sox can never regret this one after seeing Sale strike out the side to end the World Series.

Despite another division title in 2017, a quick playoff exit led to the firing of manager John Farrell. In came Astros bench coach Alex Cora, a World Series winner as the utility infielder on the 2007 Red Sox, and widely regarded as one of the top managerial prospects in the game. One year later, Cora is already one of the best managers in the game.

Dombrowski would strike again and strike big in the depressed free agent market this offseason. Slugger J.D. Martinez, a Dombrowski find in Detroit, lingered comically long into the offseason. The Red Sox didn’t really need Martinez that much, with the outfield filled up and having already re-signed Mitch Moreland earlier in the offseason, but when you can pick up one of baseball’s best bats in his prime for five years and $110 million, you figure the rest out later.

Martinez would mostly DH for this Boston team, but he was every bit as good as he’d been in Detroit and maybe even better. So good that the Red Sox made do with his iron glove in the National League rules games in Los Angeles in this World Series.

Around the same time, Eduardo Nunez also came off the scrap heap on a bargain contract. While Nunez was adequate at best bouncing between second base and third base, he sure had a bunch of memorable moments in the playoffs.

The Red Sox didn’t do much at the 2018 trade deadline; they didn’t have much to do, already well on the road to 108 wins—just the usual bat off the bench and bullpen arm everyone needs. Technically, they never got the bullpen arm in trade, but they did get a stellar second half out of journeyman minor-league arm Ryan Brasier that was as good as any relief trade they could’ve made.

By playoff time, that was supplemented by an extra starting pitcher picked up at the deadline, righty flamethrower Nathan Eovaldi. Eovaldi pitched in any situation the Red Sox needed this postseason—starter, setup man, extra-innings bullpen-saver—and was brilliant doing so, firing seeds up to 101 mph with the best off-speed stuff he’s ever had.

You need to be logged in to comment. Login or Subscribe
Todd Tomasic
As much as Holt has helped the BoSox win the Series the Pirates have netted Vasquez and Kela for Melancon. Plus 3 playoff appearances. Not too shabby!
Reply to Todd