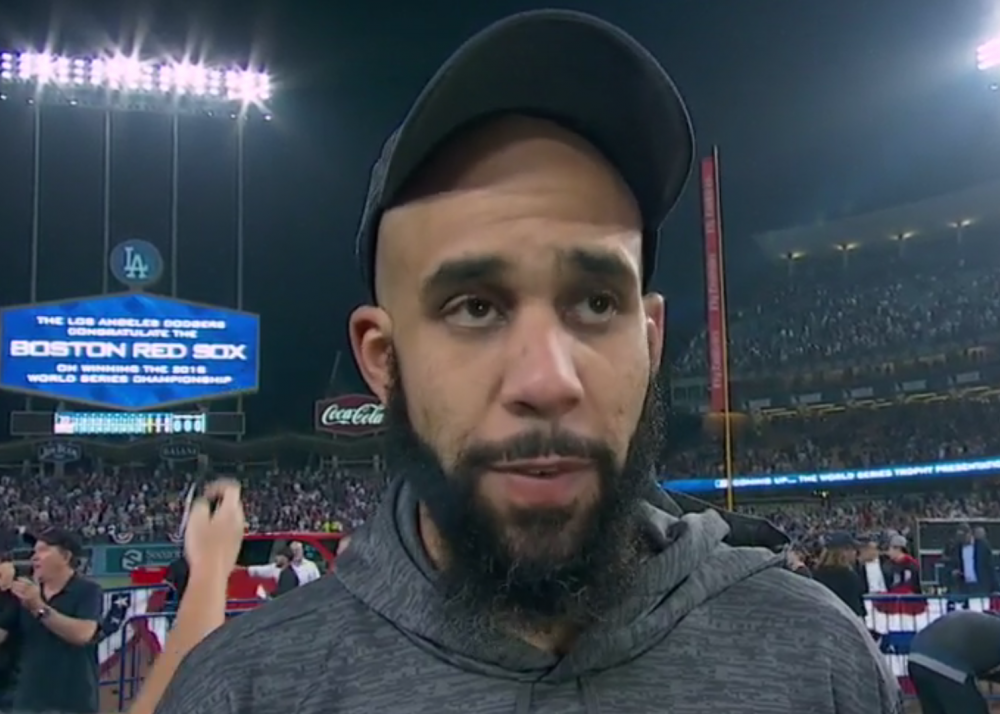 And, really, it’s not just a narrative. It’s real. As Ben Lindbergh pointed out during a recent episode of the Effectively Wild podcast, research by Dan Hirsch of Baseball-Reference and The Baseball Gauge showed that of the 53 pitchers with at least 75 career postseason innings, the two with the greatest difference between their postseason and regular-season ERAs are, yes, David Price and Clayton Kershaw.

How they got there, though, diverges. Below is a table showing Kershaw and Price in their “good” and “bad” postseason starts. To categorize a start as good or bad, I used the simplistic demarcation of the Quality Start—six or more innings, three or fewer earned runs. That’s not perfect, but I had to go with something. Here are the results:

There’s a lot more than these surface stats, of course. Both pitchers have been victimized by their bullpens, either by being left in games longer than advisable because of their managers’ reluctance to call to the pen, or by their relievers allowing their inherited runners to score. Kershaw’s enormous BABIP difference suggests that his defense let him down. And while it doesn’t show up here, they didn’t get a ton of run support, either. Price’s teams even managed to lose four of his six Quality Starts.

So we had something to look for.

Both pitchers had shaky first innings. With one out, Kershaw allowed a single to Andrew Benintendi and, on the next pitch, a two-run homer to World Series MVP Steve Pearce who, it should be remembered, started the year as a 1B/LF/RF/DH for the Blue Jays. Price allowed a homer to David Freese on his first pitch of the game, walked the next batter, Justin Turner, and required 16 pitches to end the inning. Price also allowed a bloop single to Yasiel Puig in the second inning, during which he needed 22 pitches to get through four batters.

This was not Good Kershaw. He had 12 balls in play, but he generated only four ground balls. This was not his path to success.

And in the next inning, the sixth, that path became harder. After Kershaw induced a grounder to shortstop from Price, Mookie Betts broke an 0-for-13 drought by homering to center. The Dodgers trailed 3-1.

To this point, Dodgers manager Dave Roberts, a popular punching bag in this series, hadn’t made any notable blunders. (Your mileage may vary with batting Enrique Hernández third.) But then Kershaw came out for the seventh inning. His pitch count, 73, wasn’t high. But consider:

Kershaw allowed three hits in the inning. He gave up only one run—the aforementioned leadoff bomb to center by Martinez—but that’s not really the point. The Dodgers were in an elimination game with a pitcher without his best stuff. Not only didn’t they replace him rather than have him face, for the third time, the 3-4-5 hitters on the top-scoring team in the majors, they didn’t even have anybody warming up.

To be sure, the two runs Kershaw surrendered in the first inning, which were all Boston needed, are on Kershaw. The Martinez homer in the seventh inning, and, arguably, the Betts third-time-through-the-order homer in the sixth inning, are on Roberts.

And Price? He, unlike Kershaw, really was cruising. As noted earlier, he needed 38 pitches to get through the first two innings. He needed only 38 pitches to get through the next four. Some people criticized the decision to let Price hit in the sixth inning, but at that point he’d thrown only 67 pitches and had retired eight straight batters, with only two fair balls hit out of the infield.

He batted in the seventh inning as well—with two runners on and two outs, no less—which was questionable. But he’d set down three more Dodgers in the bottom of the sixth on nine pitches, coaxing two grounders to second base and a lineout to left field. All told, he not only avoided homers—none after Freese’s, of course—he allowed only five balls out of the infield, including Puig’s bloop single and a fly ball that Martinez lost in the lights, giving Freese a “triple.” He struck out 20 percent of the batters he faced, walked eight percent, and gave up an .091 BABIP.

Game 5 clearly goes onto the Good Price side of the ledger. The narratives? Kershaw’s, sadly, will live on. Price’s probably won’t die, any more than Kershaw’s sterling performance in Game 5 of the NLCS killed his. But at least it’s been bloodied.