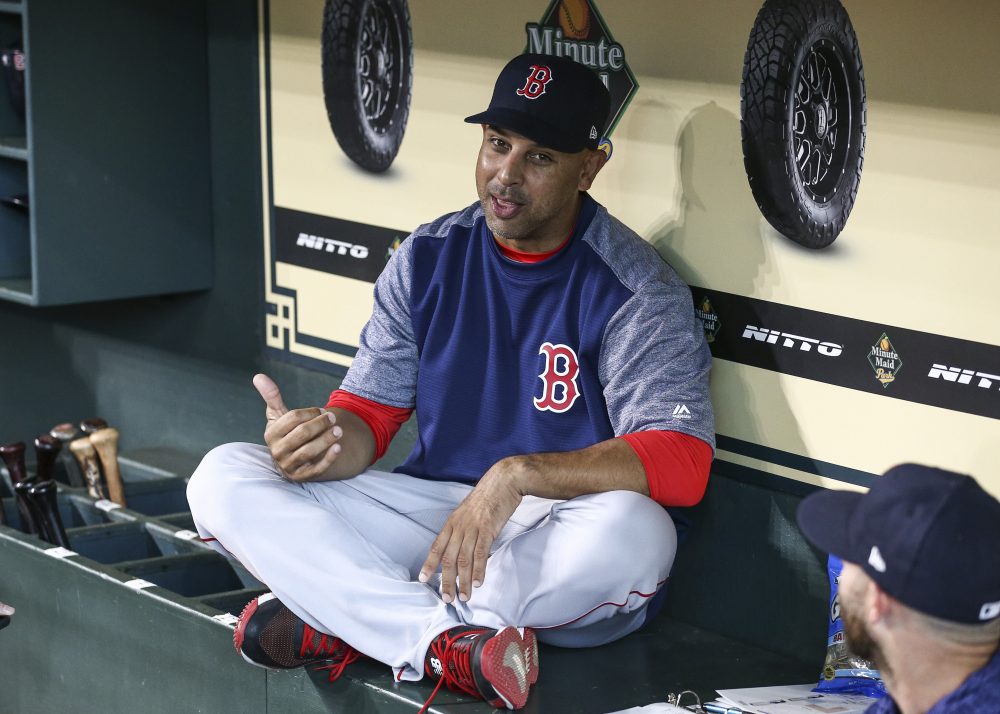 Before Alex Cora took over the Red Sox, the most games managed in MLB by anyone born in Puerto Rico was 163. Edwin Rodriguez was the first Puerto Rican manager in the history of the league, and he got only two half-seasons: he took over the Marlins for the fired Fredi Gonzalez in 2010 and resigned before the All-Star break in 2011.

Since Game 2 of the ALDS, then, the 43-year-old Cora (he turned 43 yesterday) has been the longest-tenured boricua manager ever. Now, he’s the first ever to guide his team to a World Series. That’s fitting. Baseball is changing more rapidly than it has ever changed before, and this is just one more way in which that’s true. Maybe more to the point, it’s illustrative of the fact that Cora and his fellow boricua seem to be uniquely suited to this environment.

In July, I wrote about the wonderful set of dynamic and charismatic Puerto Rican players who have stepped forward and become full-fledged stars this year. That’s only part of the story, though. In addition to Cora, Dave Martinez managed this full season, and although Martinez was born in Brooklyn and grew up in Florida, he was born to Puerto Rican parents. The two lead a group of 16 coaches from the archipelago throughout MLB this year, a record number that could yet rise in 2019.

The now-banished Astros replaced Cora, when he departed last winter, with fellow boricua Joe Espada, who is now a strong candidate to become the next Puerto Rican manager. If it’s not him, it’s likely to be Rays bench coach Charlie Montoyo, who has also interviewed for at least one of this fall’s managerial vacancies. And if it’s neither of them, it could very well be Carlos Beltran if the right job opens up next winter. Eventually, Yadier Molina (who’s already managing Team Puerto Rico in international competition) will be a manager somewhere.

On Thursday night, both starting catchers hailed from Puerto Rico. So, of course, does Astros shortstop Carlos Correa. These aren’t guys whose teams rely on them just to be great. They rely on them to be thought leaders, to plan and coordinate the game from start to finish. Cora’s quality control coach, Ramon Vazquez, had exactly that responsibility for the Red Sox, and he, too, is from Puerto Rico.

Dave Martinez (and Mariners hitting coach Edgar Martinez, for that matter) belongs to a time when ball players came mostly from big cities, so more of the league’s boricua were born or lived for a time somewhere other than Puerto Rico itself. Now, as America’s suburbs and mid-size cities become more diverse, we’re seeing more players again who come from the contiguous U.S. but have strong Puerto Rican heritage. This year, the vanquished Astros (Josh James) and Rockies (Nolan Arenado) each featured a player fitting that description.

Increasingly, Puerto Rico is baseball’s heart, its epicenter. Caguas isn’t just Cora’s hometown. It’s also home to the Criollos de Caguas, who have won two consecutive Caribbean Series, becoming the first team from Puerto Rico to win even one of those titles since 2000. That was when Puerto Rican teams played on a more level field, too, before the prospect machinery of MLB and the changing demographics of all the countries involved steered much of the winter league talent toward the Dominican and Venezuelan leagues. Caguas, with a population slightly smaller than that of Syracuse, N.Y., is baseball’s city of champions today.

Everything MLB wants to be—everything it wants prospective fans to perceive it to be—can be found in these influential Puerto Rican players and coaches. They’re bringing personality, verve, nerve, intellect, adaptability, and big-heartedness to the game. They’re amassing the kind of power and pull they ought to have had long ago, because their backgrounds and skill sets seem to perfectly suit the modern method of running a team. That trend isn’t a fluke, and it should only accelerate now.

Cora mentioned in his postgame interview that his stipulation when he accepted his job was that the Sox help him deliver relief to Puerto Rico in the wake of Hurricane Maria. That’s an unfortunately relevant note, even now, as the island continues to try to rebuild and reestablish itself, and as global climate change poses an ongoing threat to its people in the long run. It’s a reminder that Puerto Rico, though part of the United States, requires more attention, more assistance, and more autonomy, and that without those things baseball both on the island and in the rest of the nation will suffer deeply.

More importantly, it’s a reminder that this might be the best chance baseball has, in this day and age, to have a transformative, positive effect on a community broader than just sports fans. It’s a reminder of all that’s at stake, and of the value of continuing to put Puerto Rican faces and voices front and center.

Jackie Robinson spoke at the World Series, 36 years ago this week, pleading with MLB to wake up and begin making the strides it had endeavored to make in hiring minorities to positions of real influence. He died a week later, and it was two more years before a black manager was hired. When it finally happened, commissioner Bowie Kuhn said bluntly, “We got something done that we should have done before.”

On Thursday night, we got something that we should have gotten before: a boricua manager at the head of a pennant-winning team. Change comes too slowly, most of the time, but in baseball change is coming fast and furious lately—and it’s a very, very good thing.

You need to be logged in to comment. Login or Subscribe
John Collins
Jackie Robinson actually spoke at the WS, and died, 46 years ago.
Reply to John