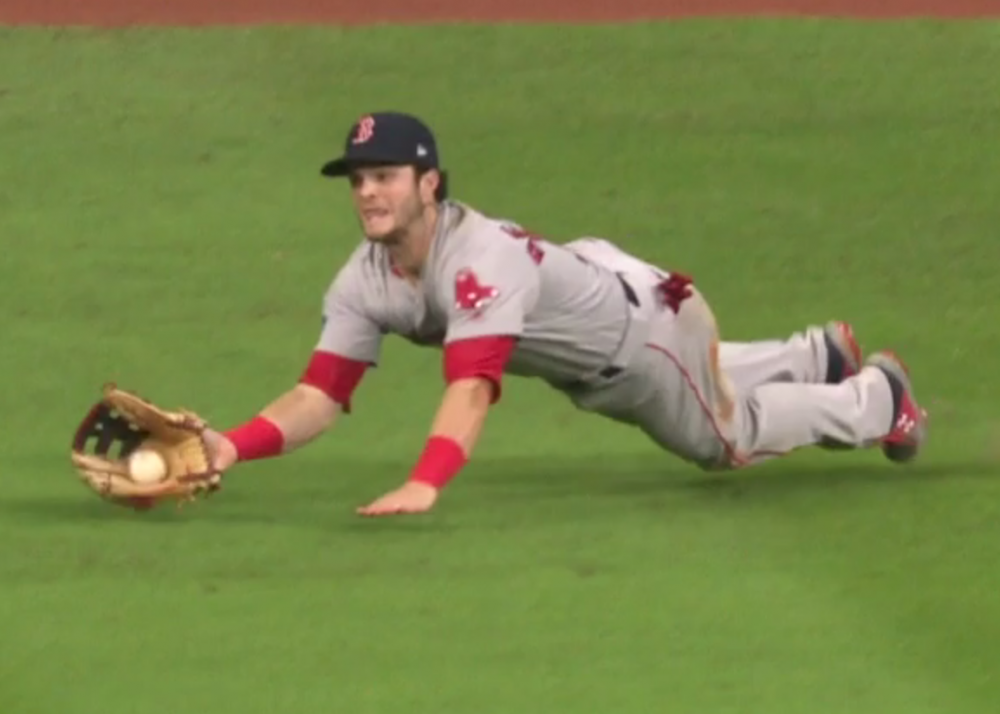 Of the thousands of reasons why it’s so hard to repeat as World Series champions—it hasn’t been done since the 1998-2000 Yankees—a big one is that usually when you win it once, it’s because a bunch of your players had their best seasons. The 2017 Astros featured the following players posting the best OPS+ of their respective careers: George Springer, Carlos Correa, Jose Altuve, Yulieski Gurriel, Josh Reddick, Marwin Gonzalez, and Jake Marisnick.

The flip side of Houston cresting the mountain so marvelously in 2017 was that for a lot of these guys it meant there was nowhere left to go but down in 2018. That’s certainly how it played out statistically, although for the younger, more elite of that group it had as much to do with just how lofty a bar they set for themselves (in tandem with injuries) rather than 2018 being an outlier. Alex Bregman wound up being the only key regular to improve at the plate, as he was the 2018 squad’s only full-time player with an OPS over .840 after the Astros had five such performances the year prior.

Indeed, it’s to the Astros’ credit that they could get hit on all sides by regression and still somehow look even scarier heading into the 2018 postseason. They had a full season of Justin Verlander, added Gerrit Cole and seemed to unleash his full potential. Charlie Morton even added velocity for the fourth year in a row in his age-34 season. And because the simplest way to analyze playoff games is to look at the starting pitching matchups, you could cancel out Chris Sale with Verlander and then rattle off the Astros’ advantages in the rotation, say, “The lineups are a push, so that’s the series.”

And that’s how you get Houston as a consensus favorite over a 108-win Boston team, even on a night when “only” Charlie Morton was taking the mound.

These teams are really, really evenly matched, and this absurd game illustrated it nicely. Even for a playoff game—or a baseball game generally, where the difference between an excellent pitch and an awful one can be fractions of an inch—Game 4 was a game of almosts. Umpiring decisions are an easy muse for second-guessing, as on some level they feel as though calls on the field should not be subject to randomness or luck. Joe West’s call of fan interference to negate a two-run Jose Altuve home run prompted Baseball Rules Lawyers to descend from the rafters in wigs and robes, and Astros Twitter to speculate about anti-Astros meddling from the commissioner’s office.

But there was Tony Kemp’s weakly hit home run just barely doinked over the closest part of the park, Brock Holt’s check swing on 2-1 against Lance McCullers with the bases loaded, Kemp again softly pulling a pitch to right field but foolishly testing Mookie Betts’ arm to lead off the ninth inning. And sure, it’s objectively, philosophically, and aesthetically better to have Betts’ cannon decide a game than Joe West’s whims, but the passed balls, hit batters, short outings from both starters, heroic and disastrous relief performances, diving and leaping catches, and well-timed home runs (or not-quite-home-runs) meant this game was a manifestation of pure chaos.

You could pick any number of plays, changed them slightly, and gotten a wildly different outcome, right down to Andrew Benintendi’s diving grab to end the game with the bases loaded.

In some ways, these two 100-plus-win teams—the Red Sox with the most regular season wins since the 2001 Mariners, and the 103-win Astros with their 109-win run differential—were trading haymakers and forcing each other up against the ropes so thoroughly at times they both started to oscillate between looking sloppy and bad or invincible. Whichever one you got excited about, you’d be unfairly sleeping on the other, as one MVP-caliber bat after another strode to the plate, only to be counterbalanced by the realization that Craig Kimbrel continues to look extremely vulnerable and Alex Cora was warming David Price in the bullpen when he managed to just barely close the game out with his 35th pitch.

On Wednesday night, of all the potential All-Stars on hand capable of dominating a game, or the role players who could make themselves legends, the Red Sox’s outfielders just barely nudged Boston over the line to victory. Bradley, Betts, and Benintendi combined to go 4-for-10 with two walks and a HBP, in addition to Betts’ outfield assist on Kemp and Benintendi’s sprawling grab for out no. 27.

It certainly wasn’t a poor performance on the offensive side of the ball from Houston’s perspective. Six runs should be plenty most of the time, and they could potentially have had more but for a few remarkable defensive plays by their opponents and perhaps an unlucky call on Altuve’s would-be home run. But maybe McCullers vs. Holt will wind up being a microcosm of 2018 vs. 2017 for the Astros. The starter-but-October bullpen ace famously threw curveball after curveball in relief en route to a title last year, but last night he came in with the bases loaded and his team down one run, threw curveball after curveball, and walked in a run.

It wasn’t a bad plan. It had worked before, it will probably work again in the future. It just didn’t work last night. The Astros are good enough to rattle off three wins and probably be a huge favorite in the World Series anyway, but from a macro level—regression and injury all over the field—to the micro—seriously did you see Benintendi’s catch?—it’s looking like the Astros just might not quite have it this year. At least, not in comparison to Boston.