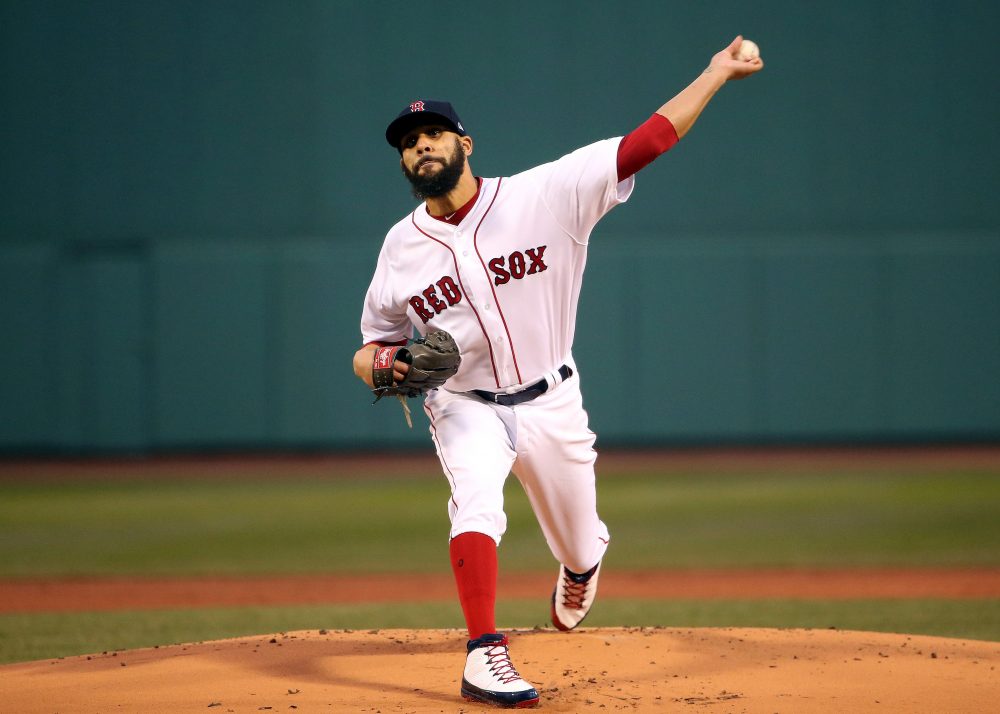 You might have heard that David Price’s teams never have won any of his 10 postseason starts. Not one. Is it all his fault? No, but Price himself is 0-9 with a 6.03 ERA, including an aborted stint in Game 2 of the ALDS against the Yankees eight days ago.

With the Red Sox down heading into Game 2 of the ALCS on Sunday, how worried should Boston be? When you combine Price’s postseason record with how Boston hitters have performed in the playoffs (aside from their 16-run outburst against the Yankees in the previous round)… well, you don’t have to combine anything. No matter what, Red Sox fans collectively should feel apprehensive at the prospect of going down 0-2 with their team headed to Houston for three games.

Price is far from a hopeless case, of course. He has been one of the top starting pitchers in the majors since 2009—ninth in innings and ERA—and is 91st all-time in pitcher WARP, just ahead of Jon Lester. Lester, of course, also has a 2.51 ERA over 154 postseason innings. But did you know Lester’s teams are 12-14 in his appearances and 11-11 in his starts? Narratives are made to be rewritten.

The Astros have looked like the team to beat in general, but it is easy to find hope for Price and the Red Sox to make a comeback starting in Game 3.

Price performed well against the Astros in the regular season

Price also performed well against the Astros in the 2017 postseason

Do you think the Red Sox would take 6 ⅔ scoreless innings of five-hit ball, including five strikeouts and one non-intentional walk, in Game 2? Darn-tootin’ they would. Well, that’s what Price gave Boston against Houston, just a year ago, in the ALDS. Price spread his results over two relief appearances (including four scoreless frames in Game 3, which the Red Sox won) but they happened, and against lineups that closely resemble what he will see at Fenway today. Carlos Beltran being retired is the notable exception.

Try this for openers

Another notable exception to Price’s postseason misery has been his overall performance in October as a reliever. Price has allowed just one earned run in 12 ⅓ postseason innings out of the bullpen. Red Sox manager Alex Cora reportedly has been open to the idea of using an opener, as the Rays, Athletics, Brewers and others have done. It does not appear that Cora will do that with Price in Game 2. Instead, should Price just imagine he’s entering Game 3 in the bottom of the third?

Even a busted watch is right twice a day

Despite his overall abysmal results, Price has made good starts in the postseason. Three starts ago, in 2015, he allowed three runs over 6 ⅓ innings against the Royals in Game 6 of the ALCS. A loss, of course. They’re all losses, pretty much, although some are more the fault of others. With the Tigers in 2014, Price allowed two runs over eight innings in a 2-1 loss to the Orioles in Game 3 of the ALCS. In all, Price has made four quality starts in the postseason. Not great, not what you want, even, but they do happen.

This might not matter against Houston righty Gerrit Cole, but Boston led Major League Baseball in runs scored during the regular season. If Mookie Betts weren’t going to win AL MVP, then teammate J.D. Martinez would. Collectively, they get on base, they slug and they run. For what it’s worth (very little to him), Price’s teams have averaged 2.1 runs offensively in his 10 postseason starts. Never more than four runs of support in any start, and even that many only once. That sounds even more impossible than Price’s pitching record. With such lack of support, even if Price had pitched like Postseason Jon Lester in 10 starts, he’d be lucky to be .500.

How overdue for a postseason win is David Price? Were he a book, the library would have replaced him with the next edition by now. (Good thing the Red Sox can cover the cost regardless.) Is Price’s trouble a matter of nerves? Red Sox skipper Alex Cora says no. Price says he feels no particular apprehension or dread about making another playoff start. (Good, good.) It’s just another opportunity for Price to win like he feels he can and will. Price had a good year in 2018 and was great in the second half, aside from two mediocre starts to finish the season and his ALDS appearance against the Yankees. Cora says Price has some adjustments ready, something at which he excels in other circumstances. Be ready for Price to have his best postseason start in a while; of course, it might not matter if Cole is on his game too, and keeps the Red Sox lineup in check.