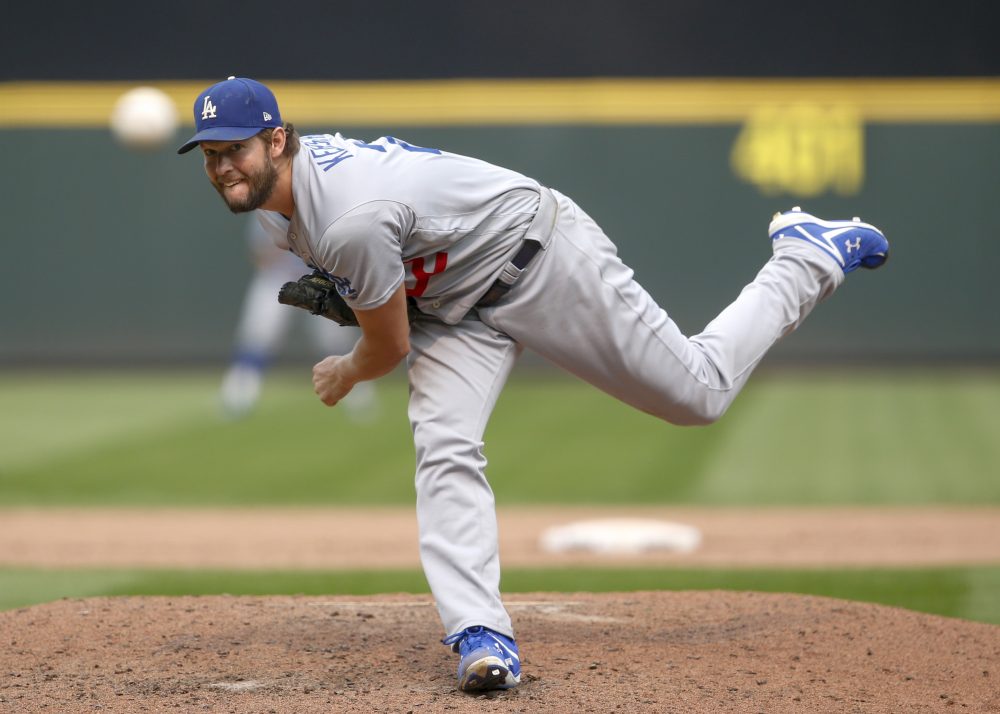 Clayton Kershaw is back to starting Game 1 after being pushed to Game 2 in the NLDS. He’s coming off the best postseason start of his career, with eight shutout, two-hit innings against Atlanta. Kershaw’s uneven playoff history has been discussed and debated endlessly over the years—we had an article about it this week, in fact—but he’s now 7-2 with a 3.42 ERA in 79 playoff innings since 2015 and the Dodgers have gone 9-3 in his starts during that time. His playoff totals will never match his otherworldly regular season numbers, but Kershaw has been damn good in October for a while now. Just ask the Braves.

Once upon a time Kershaw vs. Gio Gonzalez in Game 1 of a playoff series wouldn’t have seemed strange at all. Gonzalez was a front-line starter for the Nationals from 2012-2017, throwing more than 1,100 innings with a 3.49 ERA and starting six playoff games, including Game 3 of the 2016 NLDS against the Dodgers. However, this season the 32-year-old’s ERA ballooned to 4.57 ERA as he posted the worst strikeout and walk rates of his Nationals career. With free agency around the corner, the Nationals traded Gonzalez to the Brewers in a low-wattage August 31 deal … and he had a 2.13 ERA in five starts down the stretch, with Milwaukee winning all five games.

And yet this assignment shouldn’t necessarily be taken as a big vote of confidence in Gonzalez. He pitched well for the Brewers, and given the overall state of their rotation it’s easy to see why they might think he’s their best option. More than that, though, it’s an indication that they think the Dodgers’ lineup is simply much weaker versus lefties. That was certainly true during the regular season, as the Dodgers led the league in OPS versus righties at .796 while ranking eighth versus lefties at .733. Los Angeles made several midseason moves to address that weakness, adding right-handed bats Manny Machado, David Freese, and Brian Dozier. And it worked, as they improved versus lefties in the second half.

Even with Dozier playing himself out of a prominent role and Yasiel Puig‘s weird reverse platoon splits, the Dodgers can stack their lineup with righty regulars (Machado, Justin Turner, Chris Taylor, Enrique Hernandez, Yasmani Grandal) and platoon players (Freese, Matt Kemp) to make life tough on Gonzalez, who allowed a .265/.352/.414 line to righties this season. Milwaukee still prefers that to lefty bats Cody Bellinger, Max Muncy, Joc Pederson, and Grandal (and Puig, whose splits look like he’s a lefty) taking their hacks off righties.

Basically, if the Brewers are planning to turn every game into a bullpen game, why not start Gonzalez, make the Dodgers stack righties, and force Dave Roberts into tricky pinch-hitting decisions against a parade of righty relievers, only to counter with uber-lefty Josh Hader once the bench moves commence. It may not work, of course. Los Angeles’ lineup options right now are damn good against righties and lefties, and Gonzalez’s shaky control is a particularly tough matchup versus the team that led the league in walks. But the Brewers don’t have a Kershaw they can turn to in this situation. They do, however, have an amazingly deep relief corps, and by starting Gonzalez (and another lefty, Wade Miley, in Game 2) they’re hoping to make life even tougher on the Dodgers once the bullpen doors open.

I already talked plenty about the Dodgers’ lineup above, so I’ll just add that Roberts will find himself in position to pull a ton of different strings tonight, many of them much earlier in the game than he’s used to. Roberts’ starting lineup decisions must factor in Gonzalez’s likely early exit and the subsequent matchups with relievers, but Craig Counsell is mostly just trying to figure out what arrangement gives the Brewers the best chance to do some damage against Kershaw.

Milwaukee was equally productive off righties (.749 OPS) and lefties (.742 OPS) during the regular season, ranking as a top-four NL offense in each case. Yelich was much improved versus lefties, which is part of the reason he’s likely going to be named MVP, and Milwaukee surrounds him with three right-handed bats that collectively feasted on lefties in Cain (.373/.451/.528), Braun (.246/.336/.523) and Aguilar (.282/.379/.550). After that quartet atop the order things get a lot easier for Kershaw, as the Brewers have a mix of lefty sluggers and righty role players without much thump. Assuming that Kratz hasn’t renewed his deal with the devil for another round, that is.

Both bullpens are as fresh as they’ll ever be, although the Dodgers would love to have Kershaw hand things over directly to Kenley Jansen in the ninth inning just like last week. For the Brewers, the combination of the Dodgers stacking righty bats against a lefty starter and a well-rested bullpen means Counsell can go nuts. Everyone is available, most of them for multiple innings, and while he does have to manage with Game 2 availability as a consideration, there’s an off day looming Sunday for another bullpen reset.

PECOTA projects the Dodgers as decent-sized favorites at 56 percent, even on the road, which is due largely to Kershaw being great and the system seeing Gonzalez as a mediocre starter rather than as merely the opening act for the headlining bullpen. Las Vegas actually pegs the Dodgers as even bigger favorites, setting the line at -155 or the equivalent of 61 percent.