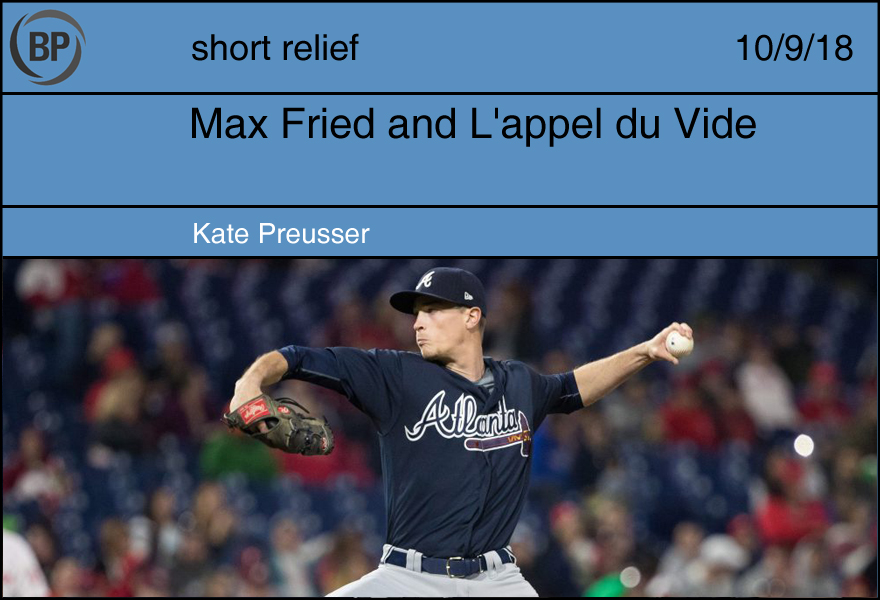 After a brief appearance in the majors in 2017, Atlanta sent Max Fried to the Arizona Fall League to continue gaining experience after losing almost two full seasons to Tommy John surgery. The AFL, “prospect graduate school,” is a weird mashup of MiLB and summer camp, flavored with a heavy dose of small sample size. Strikeout percentage, however, is one of the more dependable measures for evaluating a pitcher from the AFL, and in 26 innings, Fried collected 32 punchouts, more than double the hits he allowed, thanks to his plus fastball and a big, nasty, hard-breaking curve. Fried has the stuff to be a starter, and has served in that capacity throughout his minor league career, but in a playoff push, the Braves used the 24-year-old as a lefty matchup out of the bullpen.

In some ways, being a bullpen pitcher is less stressful than starting: fewer innings per game, getting to hang out with your baseball buddies waiting for the phone to ring, wacky pranks with the crowd. One just has to follow a few specific rules, akin to not feeding Gremlins after midnight: no leadoff walks, and no surrendering go-ahead home runs. Or game-tying home runs. None of those, either. 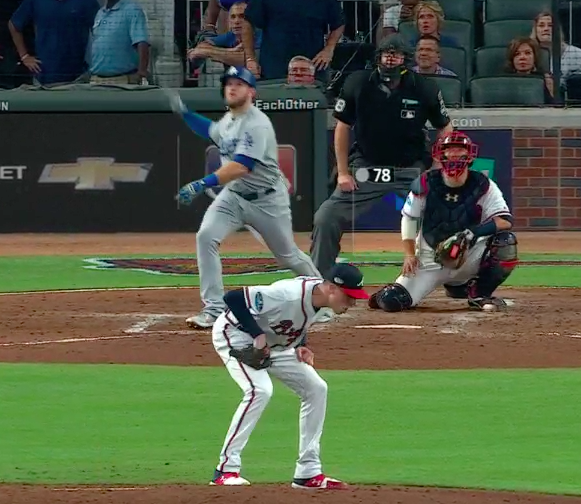 There’s a phrase in French: l’appel du vide; literally, the call of the void. It’s a phrase that expresses the sensation one sometimes feels, standing at the lip of a great chasm: what if I just jumped? Or while driving: what if I just cut the wheel very sharply, right into this tree? Edgar Allan Poe called it “the imp of the perverse,” the devil on our shoulders, the little voice that whispers to us about the worst possible outcome in a given situation, and what we might do to bring it about. Saying the unsayable, doing the unthinkable, hanging a curveball to one of the league’s best power hitters: welcoming the imp of the perverse into our lives means embracing the nightmare scenario, and seeing if one is still standing after it. Sometimes, too, it’s an opportunity to stretch one’s horizons to the breaking point, to spool out the string as far as it can go, to try something just once so one knows how far it will take to walk it back. After all, short of capital murder or cutting one’s own bangs, almost anything can be tried once. 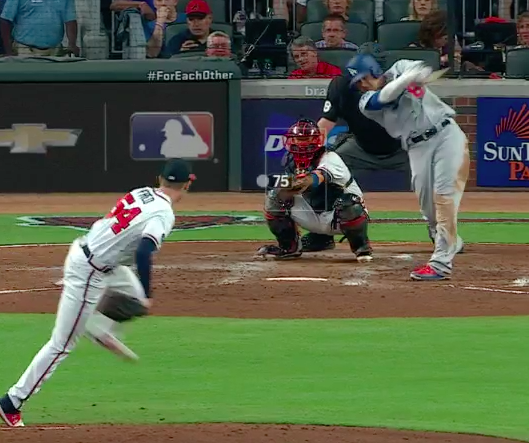 (Clears throat) Once, I said. 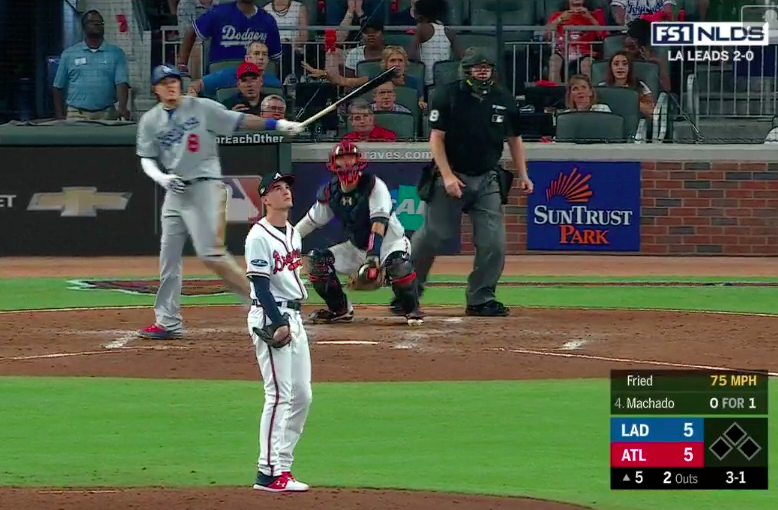 Let us all have a friend like Ronald Acuña, then, who rides shotgun on our trips to the void and can pull us back right at the point where we’re about to put one foot into oblivion. 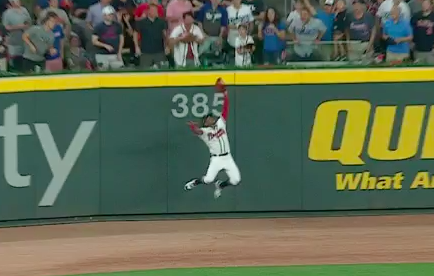 Remember, you have two shoulders for a reason. 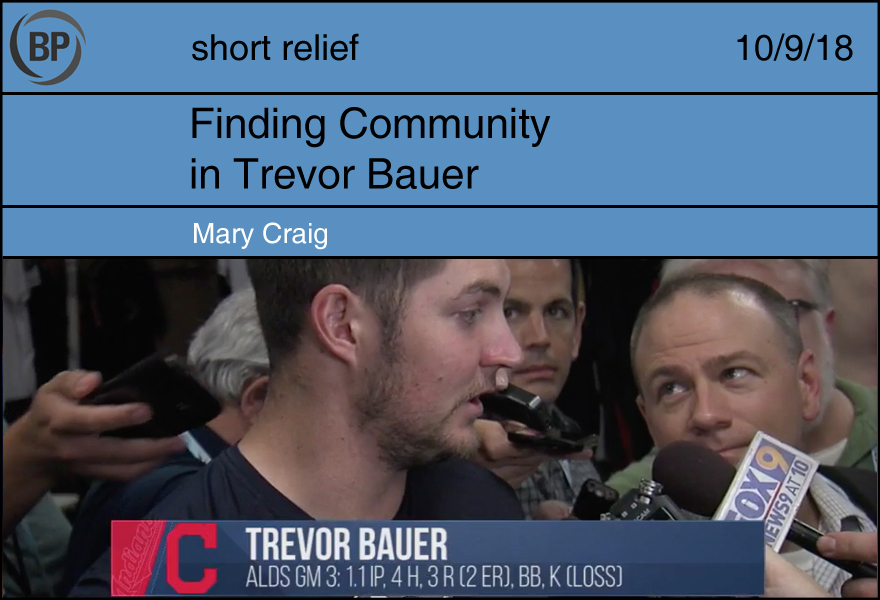 Baseball, both recreational and professional, has been believed to promote community and contribute to the American democratic spirit. Immediately following the Civil War, baseball was tasked with the job of healing a fundamentally bloody and broken nation by providing an arena through which Northerners and Southerners could peacefully hash out their differences and come to recognize their similarities. Whenever a perceived ill appears, such as ungentlemanliness, impiety, or political apathy, the leaders of society appealed to baseball to fix America. Whenever America seemed to be at its most hopeless and divisive, baseball was there to remind Americans of their commonalities. Throughout its 180-year existence, the game has acted as this great equalizing force wherein a person’s ethnicity, religion, or class mattered not.

The playoffs, then, stand in stark contrast to this perception of baseball. Every October, fandom reaches the apex of division; every single moment of a game becomes a cause for argument, and bandwagon fans are regarded with derision as gatekeeping becomes a way of life. Even season-long fans of the same team rarely make it through the month unscathed without quarreling over which ones have “earned” the right to be both happy and miserable about each game’s outcome. Each October, it seems utterly impossible that the sport was ever marketed as a vehicle for cohesion.

But then there are these moments, few and far between, which harken back to the democratic mythos of the game. Yesterday, when Trevor Bauer took the mound in the 7th inning, we were treated to one of these moments, and it was beautiful.

From the moment he took the mound in the 7th inning, the anticipation was palpable. 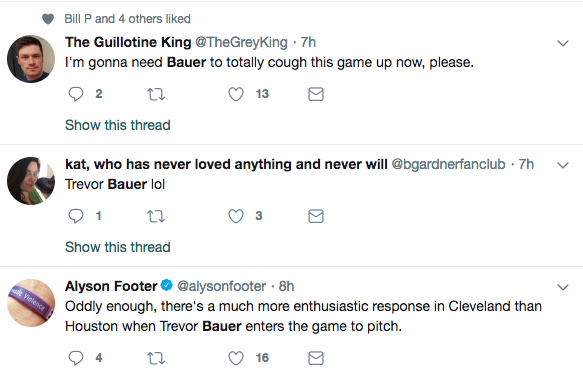 At first, there was a little bit of conflict as not many non-Astros fans were willing to actively root for the team run by domestic violence apologists. But then Bauer quickly coughed up the game in a remarkable manner which included two throwing errors, three hits, and a walk, all while recording only one out. And the tweets flowed in, each more gleeful than the last. 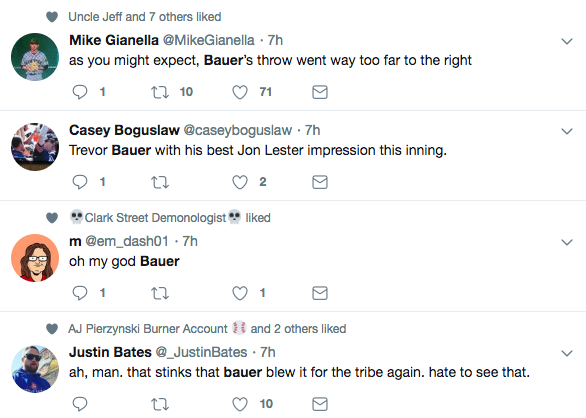 At a time when both Major League Baseball and Twitter appear desperate to make their immorality known, moments like these go a long way in reminding us that within the bad, the tiniest bit of joy provides refuge for the weariest among us, allowing us to catch a glimpse of baseball as it was theorized to be. 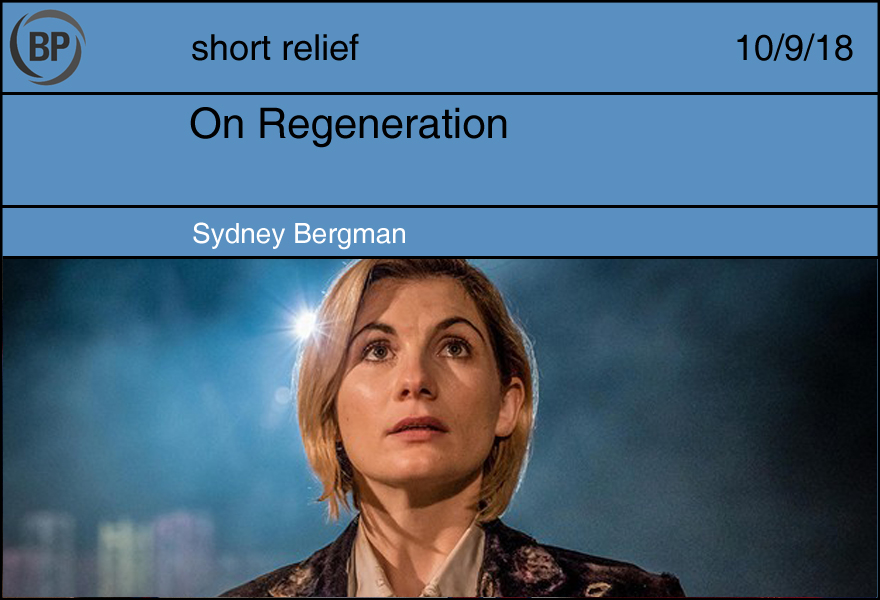 There’s a new Doctor on Doctor Who, the thirteenth (or fourteenth, depending on how you count) such incarnation since the series premiered in the early 1960s. For the uninitiated, the Doctor is a timelord who travels through time and space, generally having adventures with a succession of plucky companions. I’m using the word ‘incarnation’ here somewhat literally – the Doctor regenerates upon dying, and therefore has been played by a series of actors over the show’s run.

The newest Doctor is played by Jodie Whittaker, the first female Doctor, who faces the challenge of both remaining true to the character of the Doctor and reinterpreting it to be her own – no small feat given the show’s place in the firmament of the British (and nerd) popular imagination.

The baseball season isn’t over, but the Nationals’ season obviously is. And what will happen with Bryce Harper remains an open question, though given his second-half heroics, he’s likely to get a truck full of money somewhere north of 400 million dollars. It may be with the Nationals, but it may be with another team. I’ve had years to make my peace with this reality, as has the rest of the Nationals fanbase. The larger question is, really, who are the Nationals without Bryce Harper?

Bryce has been the team’s most recognizable face, at least outside the D.C. area, where Ryan Zimmerman serves the role of the slightly glum-faced team dad. But Harper has been intrinsic to the team’s success, and their identity, for the past six years. It’s hard to imagine what the Nationals will look like without him, though perhaps his stint on the DL last year offers some view. The organization had at least two backup plans for Harper, Víctor Robles and Juan Soto, and Soto in particular has shown himself to be a worthy successor.

Still, that may answer the question of how the Nationals will be without Bryce, but not necessarily who the team is. Each off-season teams regenerate themselves, hoping to promote or trade for new talent without sacrificing their core identity – attempting to both remain and reimagine. The Nationals are now challenged with doing so. As the Doctor says in the latest episode, “We can honor who we’ve been and choose who we want to be next.” Here’s hoping.