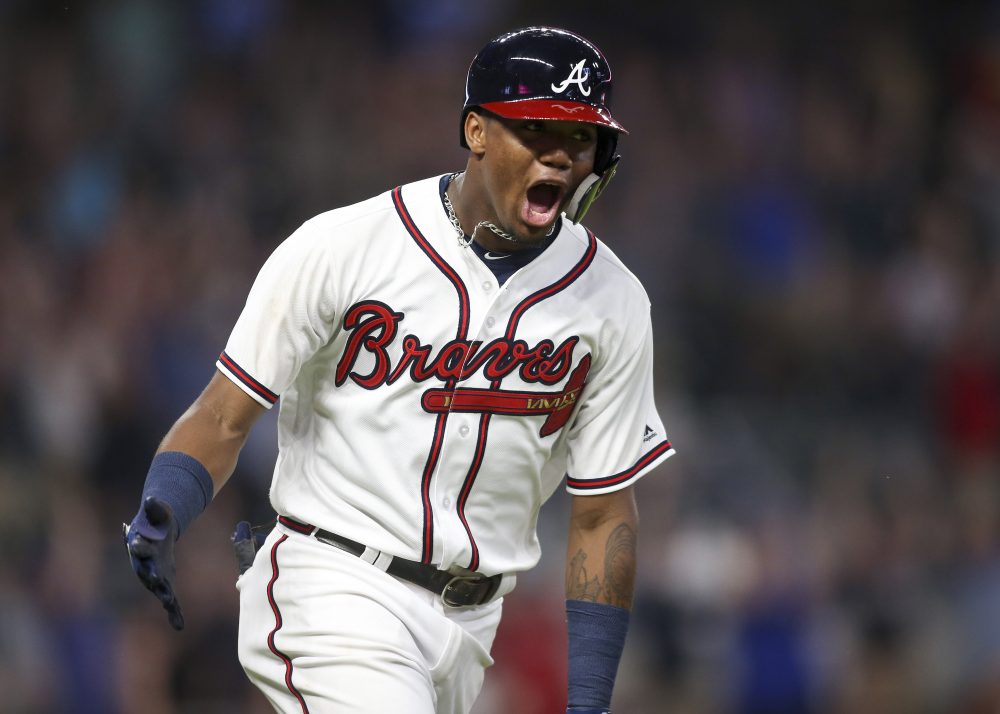 A singular ramrod races a shape-shifting lockpick. There are many ways to bust down the door and reach home. These two clubs are on opposite ends of several spectrums.

One is trying to return to the World Series and avenge a narrow, heartbreaking defeat. The other is arriving on the stage fresh, bright-eyed, and perhaps “early” by the world’s estimation.

One is fielding a lineup you could write on stone tablets, with prospective heroes likely to be chosen from the top of the list. The other has a fearsome slugger who didn’t glimpse the majors last year, slugged .582 with 35 dingers this year, and might still be relegated to pinch-hitting some nights.

One is anxiously yearning to place a ring on the finger of its most iconic contemporary player before he fully exits his prime. The other is living the high that comes with realizing there might just be a dude like that on their roster, 20 years young and ready to start putting meaning behind his name.

They’ll come together to see if their narrative will be the one that continues after three to five games, beginning tonight in Los Angeles.

The Braves, especially with Dansby Swanson likely out for the series and his body double stepping in, have nine batters with any sort of regular role. In September, the Dodgers essentially had a lefty lineup and a righty lineup. Both clubs, oddly enough, have reason to think the opposing team’s pitching staff might play into their hands.

For Atlanta, everything starts with Acuña, an emerging baseball deity who could punish the Dodgers in any number of ways. Since returning from injury on June 29, the 20-year-old has been at least the force that was advertised. He has a top-10 OPS over that span, applying further pressure when he’s on the bases. If there is any mystery at all about manager Brian Snitker‘s lineup, it revolves around who hits second, though he’s indicated he is leaning toward Camargo.

Not a standout offense generally, the Braves’ outlook is rosier against left-handed pitchers, who bring out the better side of their catchers and Albies. The extremely watchable 21-year-old crashed back to earth in the second half, but still slashed .370/.380/.534 vs. lefties.

The Dodgers … might not use the lineup listed above even once. Manager Dave Roberts will arrange his players in all manner of ways to suit the matchup and the moment. One thing you can count on seeing is the relentless, red-maned Turner producing in front of Machado and whichever slugger is swinging it best. Given the Braves’ righty-heavy staff, Muncy and Bellinger loom even larger than usual. Even Puig, a righty hitter, has run extreme reverse splits over the past two seasons.

Also notable is the effervescent Hernández’s complete and thorough capture of a starting spot, likely at the expense of slumping, banged-up midseason pickup Brian Dozier. It might not always be at the keystone, but after solving his platoon split problem, his versatility and offensive production will keep him out there.

To look at these benches is to wonder whether the teams had different understandings of roster sizes. The Braves’ best pinch-hitting option on any given night is likely to be the backup catcher, be it Flowers or Suzuki. That dearth of options explains the need for the third catcher.

The Dodgers’ depth, on the other hand, is staggering. Though Roberts had yet to decide on the size of his bullpen at time of this writing, at least two of Alex Verdugo, Andrew Toles, and Chase Utley are sure to be left off. Possibly all three. Their spots are up in the air because of the glut of useful hitters. Taylor is close to a regular, used interchangeably with Pederson. Freese, in particular, has thrived in his part-time, platoon-based role since joining the club. The July acquisition of Dozier has been … less successful, but he won’t even be forced into an excessive amount of action if his bat doesn’t warrant it.

If it feels like Folty has reached the end of a long journey at age 26, just wait until Sanchez takes the mound. Yep, that’s him. Former member of the Tigers’ super rotation. Former guy on his way out of the league. He’s back with a vengeance, having posted the 12th-best DRA of any pitcher who reached 120 innings in 2018. He’ll start either Game 2 or Game 3, with the other nod going to Gausman, the Orioles transplant who—you might want to sit down for this—improved after escaping Baltimore.

If the bench is the most significant disadvantage for the younger, less-tested Braves, the back of the rotation is not too far behind. Either the enigmatic Teheran or young lefty Sean Newcomb (who faded significantly down the stretch) will get Game 4, and it will take a surprise performance or some creative usage to keep them on track if Hill is locked in. All of these things, of course, remain imminently possible.

The shock here is that Kershaw won’t be starting Game 1. Maneuvering to keep him on normal rest, the Dodgers have elected to pitch their ace, and October lightning rod, in Game 2. He would theoretically be ready to go again in a Game 5. That puts Ryu up for the start of the series. He has been nothing short of excellent since returning from a groin injury. The young, brash, already big-game-tested Buehler will get Game 3, and Hill—who says he recently corrected a pitch-tipping issue—is set for Game 4.

Ryu’s surprise start will pit him against the long-talented, now-successful Foltynewicz. After years of fits and starts, struggles to harness premium ability, he has settled in as a steady workhorse pumping mid-90s heat. Especially with Kershaw out of his way, he figures to give the Braves a chance deep into Game 1.

The Braves boast fewer arms that inspire confidence. Vizcaino and Minter are solid, and provide a nice bit of matchup flexibility. Beyond that, the best options might be the improving Fried or Sobotka—who possesses a whopping 14 innings of big-league experience, but plenty of capital-S Stuff.

They are also likely to carry the rookie starter Toussaint in the ‘pen.

The names scream “Advantage, Dodgers.” Jansen’s troubles are worrisome, and must complicate Roberts’ relief plans, but it’s not enough to give away the edge L.A. has here. Depth is once again in their corner. Rotation reinforcements Kenta Maeda and Ross Stripling are supremely talented additions to the bullpen, and Pedro Baez has been pitching at a high level despite the annoyances that come with his time on the mound. The back end of this list is, we should note, a guess. Fields and Floro could easily be supplanted by Ryan Madson and Alex Wood.

There are no glaring problem spots on either team, though Swanson’s absence creates a less than ideal situation for the Braves where Culberson, a utility man, will step into shortstop on a full-time basis for now. The Dodgers have so many moving parts that it’s hard to say much about how their alignment stacks up. Bellinger as a center fielder is treading water, but he can be an asset at first base when Muncy doesn’t need a place to stand. Outside of Inciarte’s top-of-the-line defense in center field for Atlanta, the best show for those obsessed with the wielding of leather might be behind the plate. These teams employ top-tier pitch framers—most notably Grandal and Flowers.

Your impression of Dave Roberts is likely already set. You might think he pulls pitchers too soon. You might think he’s a forward-thinking, proactive strategist. You might think his efforts are smart but in need of some re-calibration following last year’s erosion in the bullpen. Each of those statements probably has a nugget of truth. One certain statement: He’s going to do something interesting.

Braves skipper Brian Snitker isn’t nearly as likely to make the headlines. It’s hard to say whether it’s a function of his preference or simply the straightforward sort of team he’s fielding, but he appears ready to step aside and let a bevy of young talent try to make their names. It might work, it might not, but he has some serious horses to unleash. (Now he’ll probably bust out an opener in Game 4.)

It’s hard to fire on all cylinders, and that is what it seems it would take for the Braves to truly separate themselves here. The pitching supremacy and depth of the defending National League champs provides a good deal more room for error, so I’ll give them the benefit of the doubt and say Dodgers in four.

You need to be logged in to comment. Login or Subscribe
deadheadbrewer
If Jansen isn't right, and Roberts still trots him out there in crucial situations, then this could tip toward the Braves pretty quickly. The Dodgers will need to be honest with themselves as to where Kenley is, ability-wise, and not just go by the name. When Kenley's been off this season, it's been brutal.
Reply to deadheadbrewer