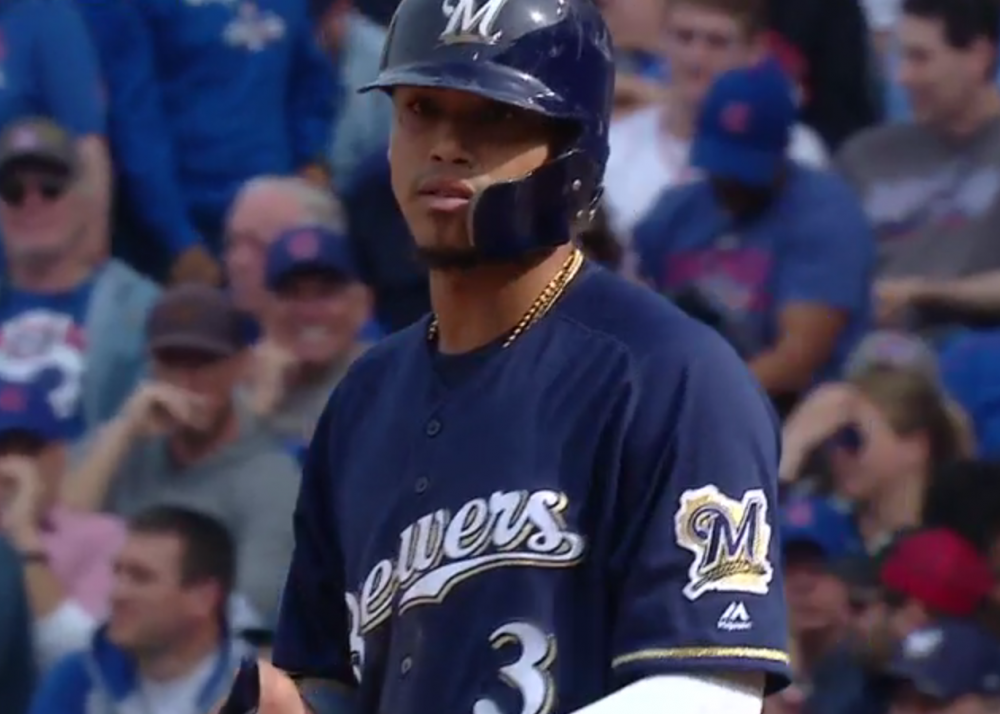 They say no one expected the Spanish Inquisition. Well, even fewer expected Orlando Arcia to collect four hits in the National League Central tiebreaker.

Former major leaguer Joaquin Andujar used to say his favorite saying in English was “youneverknow.” It’s also a good phrase to describe baseball, because you just never know who’s gonna come up and bite you in a big game. Did the Cubs spend most of their (minimal) time preparing for Game 163 by studying Christian Yelich, Lorenzo Cain, and Josh Hader? Of course they did. Did Arcia’s name come up in meetings? Probably, because these are professionals we’re talking about. But really, a guy who hit .227/.260/.299, good for a 49 wRC+, doesn’t deserve as much attention. Only the Orioles’ Chris Davis was worse among batters with at least 300 plate appearances. No offense to his family—and especially big brother Oswaldo—if they’re reading, but Arcia was the literal (actually still figurative) bottom of the barrel over 162 games.

So what happens? The Brewers rolled out the barrel, as they do in Wisconsin. Arcia went 4-for-4 with two runs scored in Milwaukee’s 3-1 victory at Wrigley Field on Monday, helping Brewers take the NL Central title in a tiebreaker. Instead of having to slog through the playoffs by first playing a do-or-die Wild Card game on Tuesday, the Brewers clinch homefield advantage in the Division Series and (if they win) the Championship Series too. Beating the Cubs wasn’t do-or-die, but it was do-or-difficult.

Difficult would also be a good way to describe Arcia’s trek through the majors so far, but it was time to ignore it in Game 163. Arcia singled in the third inning (100.3 mph exit velocity!) and later scored on Yelich’s RBI single to center field—the one where everyone was screaming at Cubs manager Joe Maddon, wondering why he was giving Yelich anything to hit. Maddon, like Felix Unger yelling through his TV at Murray to “use a coaster,” had an answer:

BRAUN IS NO PICNIC, EITHER — Joe Maddon, staring at Twitter

Arcia’s third single led off the eighth inning, setting the table for a tie-breaking inning in the tie-breaking game. Arcia came in to score two batters later on Cain’s single to center field. Twice, in the biggest game of the season, Arcia was the go-ahead run.

Do the Brewers still win if Arcia never reaches base? Possibly, because Yelich, Cain, Hader, Jhoulys Chacin, and others also had big games. The Cubs finished with just three hits. But it all would have been much harder without Arcia’s contribution.

Look at how much Arcia improved his final 2018 stats with just one great game:

And look at what Arcia did against the Cubs down the stretch:

So maybe they should have seen him coming, though “yeesh” seems accurate. But that’s how a team makes up five games in the standings in four weeks; by everyone (or nearly everyone) pulling an oar and paddling. You never know—just like Joaquin Andujar tried to tell us.

Arcia was Baseball Prospectus’ no. 12 global prospect before the 2016 season and debuted that year in August, one day before his 22nd birthday. He hit poorly in a 55-game audition, but showed improvement in 153 games a year ago, hitting .277/.324/.407 with 15 home runs and 14 steals. It looks like strike-zone judgment always will be an issue, but his 18.3 strikeout rate (in 2017) wouldn’t kill him if he made it a standard.

Are we going to hear from Arcia again in the playoffs? And possibly against the Cubs in the NLDS, if they make it through the Wild Card game? Maybe, maybe not. What would Joaquin Andujar say?

Next Up: The Cubs host the Rockies in the NL Wild Card game on Tuesday. The Brewers await the winner in the NLDS opener Thursday.