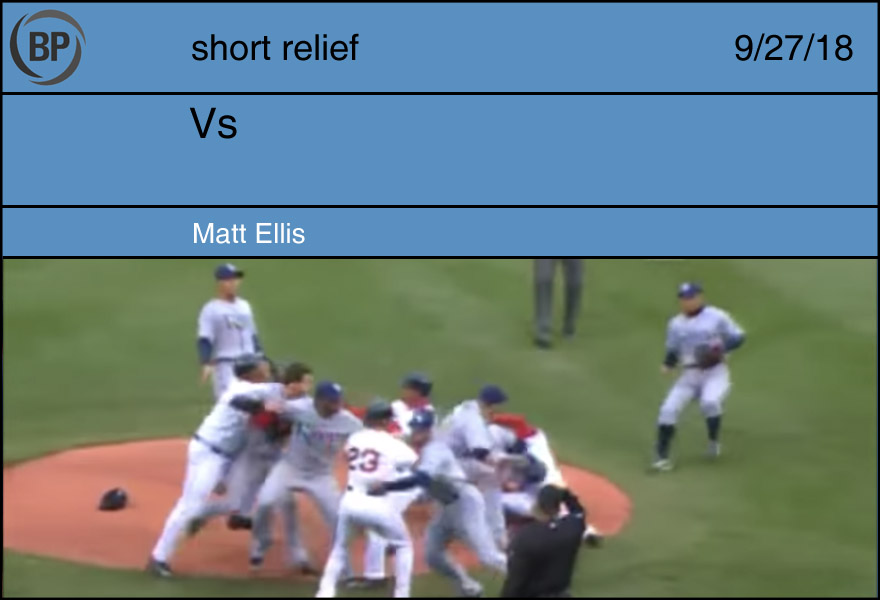 I started playing Civilization recently. I really don’t know why–I’m incredibly busy with work I need to be doing and have little to no time to be spending building faux-historical empires on my computer screen, but one does what they will. It’s been a long time since I’ve played video games, really, since the Nintendo 64. And yet, after a few weeks, I feel like I’ve got the curve down pat.

That is, until today, when I finally was able to get a game going where I was set to “win.” It had me wondering precisely what it means to “win” in the game of Civilization. In all of human history, our cultural heritage from Africa through Europe and Asia, the Pacific Islands–does winning delimit a teleology of history that gives the forces of prejudice and nationalism a reason to spread their nonsense? Is it precisely the idea that we could defeat someone else that tells us we should, that we might bother with a project that, say, might bankrupt our infrastructure so long as it also bankrupts someone else’s? The materialist in me scoffs at this, but then ideology says something else altogether:

All four mascot presidents won the Presidents' Race at Nationals Park today. They held hands while crossing the finish line. Afterward, the PA announcer noted, "What a display of bipartisanship."

I thought about all this today and I thought about what it means to follow a baseball team all the way to the end. Mine, the accursed Seattle Mariners, once again will be missing the playoffs for something like the forty-seventh year in a row (sic?), and part of the reason is because of the unexpected rise of the Oakland Athletics, but the real reason is because they just weren’t good enough. I think about this in relation to that stupid video game because I’ve seen a lot of people cope with this information who think that something was stolen somehow, that something was ripped from the hands of what was To Be and I wonder why they ever thought they deserved something in the first place, why some futurity was inevitable, written in the wind.

Then, I look at this tweet and I wonder what it means when we have seemingly two, utterly confused polar-opposite ideas about what kind of society we want to live in in this postmodern, hyper-networked nightmare world we find ourselves in. On the one hand we have a zero sum game: anything short of scorched-earth annihilation is a failure to capitalize on what need happen. The other–a limp Togetherness that wants to pretend that what needs to happen just might be avoided if we all get along and forget what built it all in the first place.

I think about all that and I think about baseball, but mostly I think about the ways in which those two ideas might not actually be all that different from one another, and then I think about how much trouble we are in, and I suppose, maybe, I hope the Braves or someone can pull something exciting out of all of this. 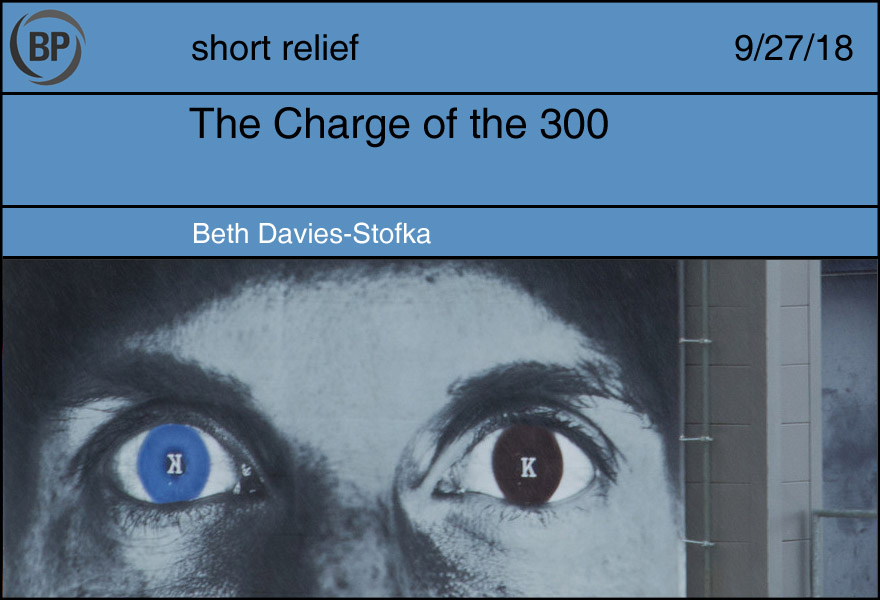 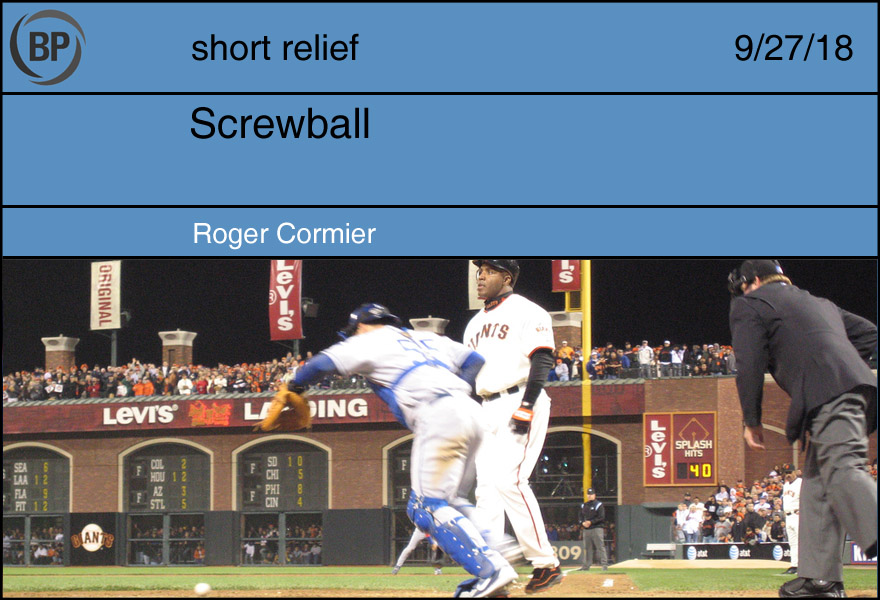 It is about the friends you make along the way. It is the journey, not the destination. This has to be true because Journey frontman Steve Perry never named a solo album or group project Destination.

The first World Series was in 1903. Major League Baseball forgot to have a World Series in 1904. Then they held a World Series every year from 1905-1960. There were eight teams each in the American League and National League, and only the team that finished first in those leagues participated in a postseason to speak of, and that was the aforementioned World Series. Two teams were added in 1961, followed by two more in 1962. They didn’t change the postseason format though, so from 1962-1968, only 10 percent of the league got to have any October fun. That is insane.

The ALCS and NLCS were mercifully added in 1969, along with four more teams, so now a little less than 17 percent got to have some autumnal experience. That percentage dropped to 14.2 in 1993 when the league became 28-deep. They forgot to have a World Series again in 1994, only this time they also forgot an ALCS and NLCS. Then they came back and announced another round of playoffs, “with three division winners and a wild card from each league getting to party when the leaves change color,” according to the faxed press release at the time. It was kind of stupid for the non-division winner to just get to mosey on in with the division winners, so the Wild Card Play-In games debuted in 2012. One third of baseball gets to reach the postseason nowadays. The percentages in the NFL (37.5 percent make the postseason), NHL (51.6), and NBA (53.3) are all still higher, but their regular seasons are much shorter than baseball’s. It’s pretty fair-ish currently, all things considered.

Seriously though: the 1993 Giants went 103-59, for what, exactly? Barry Bonds got forked over, sure, but there were likable guys on that team too. So I did a thing. I tried to figure out which franchise got screwed over the most by MLB’s once too-stringent postseason requirements, beginning in 1961 when expansion began. I found two “wild cards” from each league from 1961-1993 (I didn’t change the silly geographical divisions from the time because some divisions would have only had three teams if I did that), and the “fifth seed” which should have been added from 1995-2011. For the bizarre 1981 strike-shortened half-seasons year I went by overall records and determined who got the short end of the stick there. For the soul-crushing 1994 cancelled postseason campaign, I considered every team who were on pace to win their division or two of the wild cards to have been bamboozled.

Here’s a Google Sheet. There are pithy, hopefully helpful and educational notes within. The teams that didn’t actually get in the playoffs in our dimension are in bold. (Teams in red won 100+, teams in blue 90+.)

And here’s crude math just showing you who got jobbed over the most: 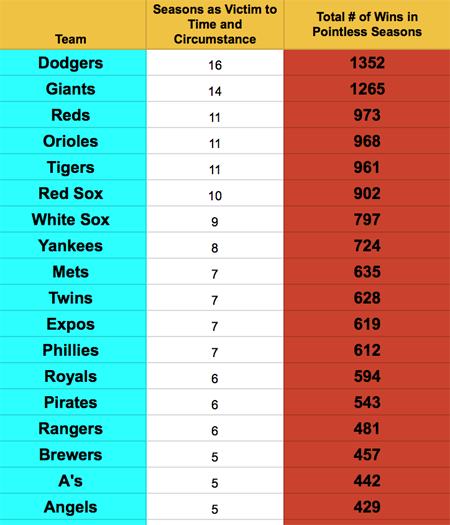 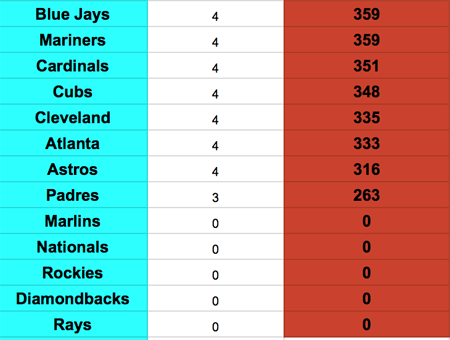 (Yeah I separated the Expos and Nationals, what of it?)

I don’t know exactly what you are supposed to do with this information. Hopefully at least you made some friends along the way by taking turns mocking my color choices. Or maybe you should appreciate the wild cards and the divisional series games even more than you were planning to. Maybe you should give a Dodgers fan a hug, provided you get permission first. Or a Giants fan, like, oh my goodness: Steve Perry! I did not plan that, folks. The journey just took me here, to this fine bookend of a destination.