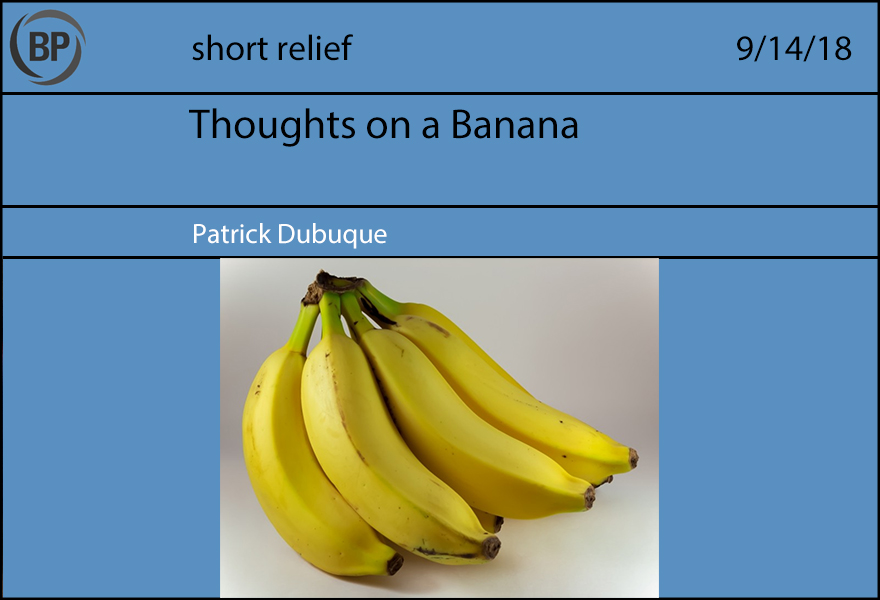 I remember when the adults told me we might run out of bananas. Of note: the first-person plural, the inclusion of blame — we might — as if a six-year-old boy was complicit in the extinction of a breakfast staple. I don’t know if they explained why, but I imagined a world just eating too many bananas, too fast; men had been hired to roam the jungles in the final days, hunting desperately for some lone banana discarded on the jungle floor. I assumed each one was my last, grew tired of tired of memorizing the flavor. I also wasn’t sure how I was supposed to feel about this; bananas were fine, but nothing to worry about too much. They were quicker to eat than apples, I supposed, which made them more efficient when you wanted to go back to playing with your Star Wars figures.

Bananas are apparently in peril again, and as an adult, I get it. Not that I’m much more concerned about the fruit itself, which now serves mainly as a smoothie base: It’s the fear of loss, a symbol of how delicate our ecosystem is and how easily pieces of our world can be ripped away. It’s the same feeling I get when my son demands to watch a YouTube video about the musk ox, and I wonder if his son will be able to fulfill the same unfathomable desire. Bananas, tigers, springtime, democracy, irony — all these necessary elements to life that seem endangered, all at once, while my boy amuses himself blowing bubbles on our dry, beige backyard lawn.

As always baseball is a microcosm of this, in its perpetual state of dying. I get those concerns as well, even if I don’t feel them myself, the pull of tradition and nostalgia and fear. Perhaps Mariners fandom inoculated me. But there’s one element to the game, one single facet of my childhood fandom, to which I am not immune to concern. Because when I close my eyes and think of major league baseball, my first vision isn’t some sun-dappled sweet-breezed weekend affair. It’s a fluorescent-lit night game, at its center neon green: the gloves of Rickey Henderson dancing, as Yankees pitcher Dave Eiland cranes his neck and peers around toward first like a hunted animal. The wait, the wait, the wait: and then the leg kick. In a sport where so much is invisible, from the second-guessing of the catcher to the spinning laces of the pitch to the neural synapses of the batter, I live through the viscous tension of the larcenous baserunner.

The stolen base is starting to feel like a banana. 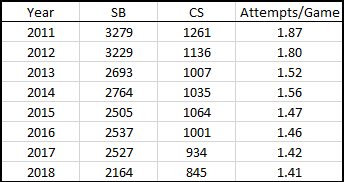 The rational side of me understands that baseball is a cyclical game, that the stolen base has died and been resurrected before. But there’s a tiny piece of me, one that aged a little faster than the rest, perhaps, that worries: am I going to have to eat plantains the rest of my life? Will I someday be forced to give my children a simplified world? Will there be no Rickey Henderson of his own? 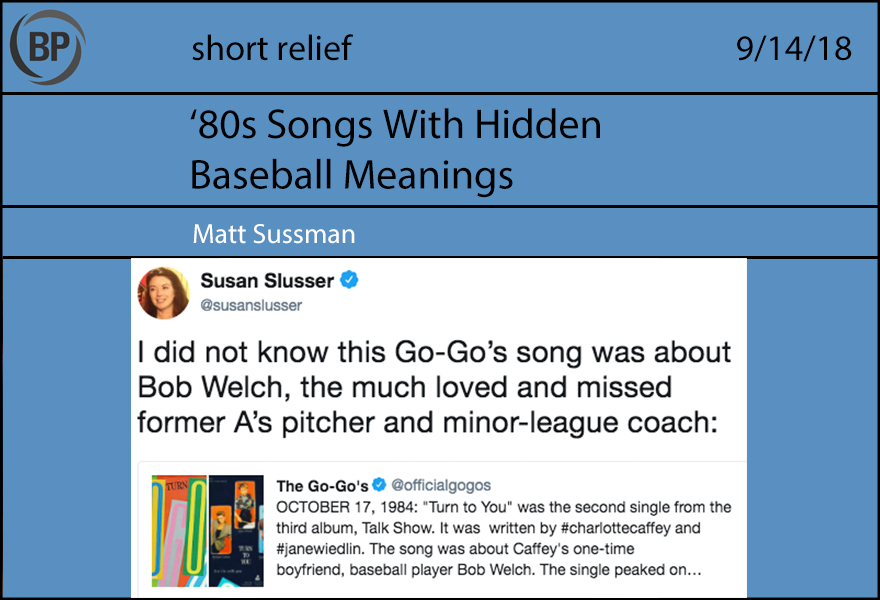 Sometimes you learn something on the hellsite. Noted Go-Go’s fan and A’s scribe Susan Slusser learned today, as did I think most of us, that their 1984 hit song “Turn To You” was written about the late Bob Welch, who briefly dated guitarist Charlotte Caffey when Welch was with the Dodgers. It sounds like Caffey and Welch just drifted apart before Welch ultimately married his high school sweetheart, which is the most anti-rock and roll relationship I’ve ever read about.

It of course wasn’t the only ‘80s song about ‘80s players. Note: we are not forgetting about “Dream Weaver,” which was about Jered, because that was a ‘70s song about a player in the ’80s.

“Careless Whisper” (1983): George “Brett” Michael laments on cheating his friends, the Yankees, by playing a saxophone solo way better than his contemporaries. He regrets getting angry that they counted the saxophone solo as a “solo” despite the fact that someone else was on base. Upon review, the umpires credited him with the GWRBI.

“The Boys Of Summer” (1984): In this 1984 song, Don Henley writes about his ex-girlfriend and great-granddaughter of Katie Casey, of “Take Me Out To The Ball Game” fame. She’s a huge Tigers fan but Henley, of course, played for the Philadelphia Eagles and would hope to see her after the season was over. Fun fact, the initial line was “Out on the road today I saw a Dave Rozema sticker on a Chevrolet Vega.”

“Dancing In The Street” (1985): What in the world were David Bowie and Mick Jagger doing together, in the same song, that neither of them wrote? Both of them are consummate professionals but look so weird together. You can’t erase it out of your mind, but yet there you are listening to it again. You can’t turn it off. You have lost all control. But anyway, this was when Steinbrenner re-hired Billy Martin.

“Never Gonna Give You Up” (1987): Pirates general manager Syd Thryft assured their All-Star Rick Reuschel that he would not be traded. Soon after that, he was traded to the Giants, in the first documented “rick roll.”

“Straight Up” (1988): This was about the straight-up trade Doyle Alexander for John Smoltz. Paula Abdul said no but she was not either of the general managers at the time.

You need to be logged in to comment. Login or Subscribe
brewerstt
Certainly stolen base attempts are down, and one-run strategies collectively even moreso, but can we really perceive a drop of less than half an attempt per game? Is it possible that a knowledge of the data is driving the perception, rather than any actually different feel to the game?
Reply to brewerstt
Patrick Dubuque
In any given game? Maybe not, although half an attempt a game is nearly 25%. But looking at the leaderboards in September and seeing that 36 stolen bases leads the AL, for a guy who grew up idolizing Henderson and Raines, does feel pretty significant.
Reply to Patrick
brewerstt
That makes sense. I was thinking of 2011 when the table starts, but comparing to 1983 is a different matter.
Reply to brewerstt
Llarry
I've never seen a Deadhead sticker on a Cadillac, but I have seen a Black Flag sticker on a Mercedes.
Reply to Llarry