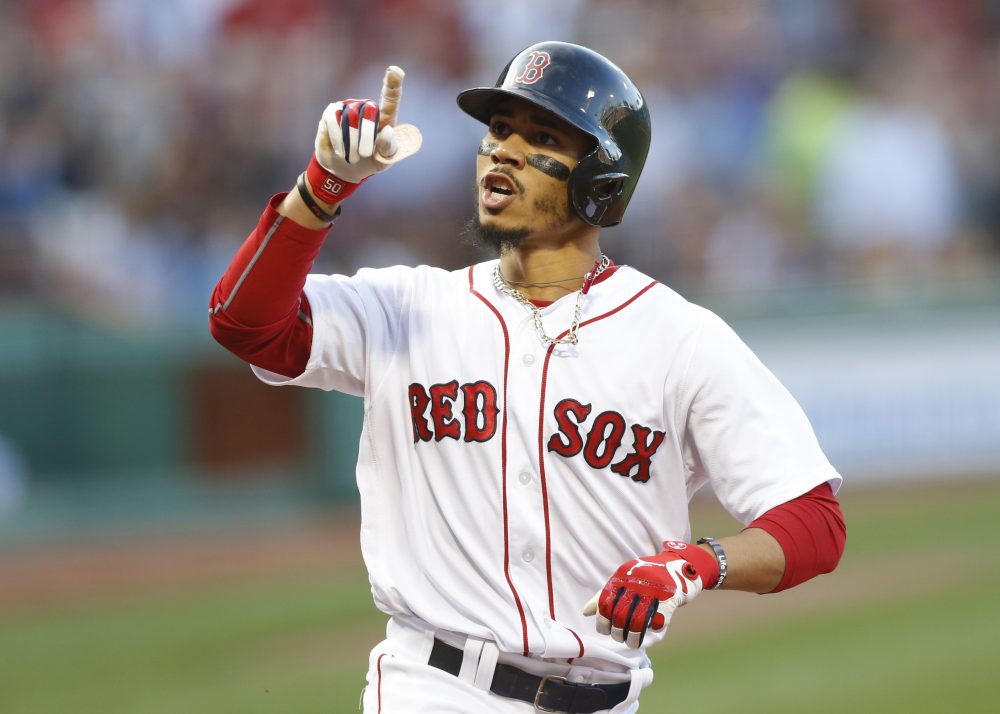 Unless it comes on one of the last days of the season, or perhaps breaks some sort of long drought, playoff-clinching victories are generally anti-climactic.

We’ve known for several months now that the Boston Red Sox would be playing in October. They’ve now made it official, though, by virtue of a 7-2 victory over the Toronto Blue Jays.

This win was their 99th, and the odds are high that they will venture a good amount into triple digits when you consider the fact that they still have 17 games left to play. The five-run margin did require some heroics, however, as the Red Sox were being shut out through six innings, by someone called Ryan Borucki, until opening the floodgates in the seventh.

More importantly for the Red Sox than the inevitable playoff-clinching victory was that the win came in the return of Chris Sale. The Red Sox plan to ease their ace back into things ahead of the playoffs and stayed true to form as the left-hander threw just 26 pitches in one inning of work after initially being targeted for two innings and around 40 pitches. He struck out a pair and allowed one hit—a double to Lourdes Gurriel Jr.

The Cubs needed a win. After sandwiching a pair of losses between rainouts in Washington and dropping the opener of their final series of the season against the rival Brewers, their division lead had dropped to just a single game with the Cardinals still within spitting distance.

The workhorse for whom the Cubs sent a nice package of prospects across town a little more than a year ago provided the necessary shutdown performance to keep the Cubs in front and out of the messy Wild Card race.

Let’s check in on Gabe Kapler and the Phillies’ playoff chances.

Gabe Kapler has done it. He has run out of hitters with an expanded roster. The game may not be over. And the Phillies could still definitely lose.

The Phillies lost twice, first being shut down by Erick Fedde, a rookie hurler who had allowed 22 earned runs in 33 innings pitched entering the day. If that wasn’t bad enough, the nightcap saw them blow a three-run, ninth-inning lead, with Juan Soto eventually driving the final nail in their season’s coffin.

The Cardinals kept pace in the NL Central race and moved 1 ½ games behind Milwaukee in the race for home field for the Wild Card game with an 11-4 win against the Pirates. Miles Mikolas got his ERA under 3.00 with seven innings of one-run ball and Tyler O’Neill hit a baseball into space.

The Oakland Athletics acquired Mike Fiers a little more than a month ago in exchange for a ham sandwich (or something), and the veteran right-hander has responded by tossing 40 innings across seven starts with a minuscule ERA and a K/9 that would rival the best of his career over a full season. The A’s have won every game he’s started.

Oakland is going to need every bit of that come playoff time, and even after news that Sean Manaea could miss 2019 because of shoulder surgery, the A’s remain one of the hottest teams in baseball as the playoffs draw near.

Hot enough, in fact, that they still have the equally hot Astros… uh, sweating, as both teams won to keep the distance in the AL West to a three-game margin. Houston scored enough early against Jordan Zimmermann to get a 5-4 win over the Tigers despite a less-than-stellar outing from de facto No. 5 starter (at least right now) Framber Valdez. All five of their runs in the win came off dingers, including one from Jose Altuve to lead off the game.

It was an important day for the Arizona Diamondbacks, who after watching the Dodgers fall to the Reds, followed it up by beating the Rockies 6-3. It was the first day in which the Diamondbacks won and the Dodgers and Rockies both lost since Aug. 30.

Ketel Marte provided the offense for Arizona to back Zack Greinke.

The Diamondbacks, despite a late-season swoon, are still just 2 ½ games back in the NL West, with two more chances to make up ground in this series against the Rockies, and another six games combined against the Dodgers and Rockies down the stretch.

The Indians shut out the Rays 2-0 behind a dominant outing by rookie Shane Bieber. Josh Donaldson made his Cleveland debut and showed some of what the Tribe are hoping to get come playoff time.

Another 16-game slate because someone decided we need not one, but TWO September games between the Marlins and the Mets. In games slightly more relevant to playoff positioning, the Brewers and Cubs play each other for the final time in the regular season with Chase Anderson facing Kyle Hendricks. The NL West features a Jon Gray-Patrick Corbin showdown at Denver, while the Dodgers stay out east with Ross Stripling taking on Anthony DeSciafani and the Reds. The ragtag-but-contending Athletics send Liam Hendriks to the mound to beat up on the cellar-dwelling Orioles, while Gerrit Cole takes the mound for the Astros against Daniel Norris and the Tigers. The Nationals and Phillies will again do their best to end each other’s seasons with a solid pitching matchup of Stephen Strasburg against Aaron Nola.