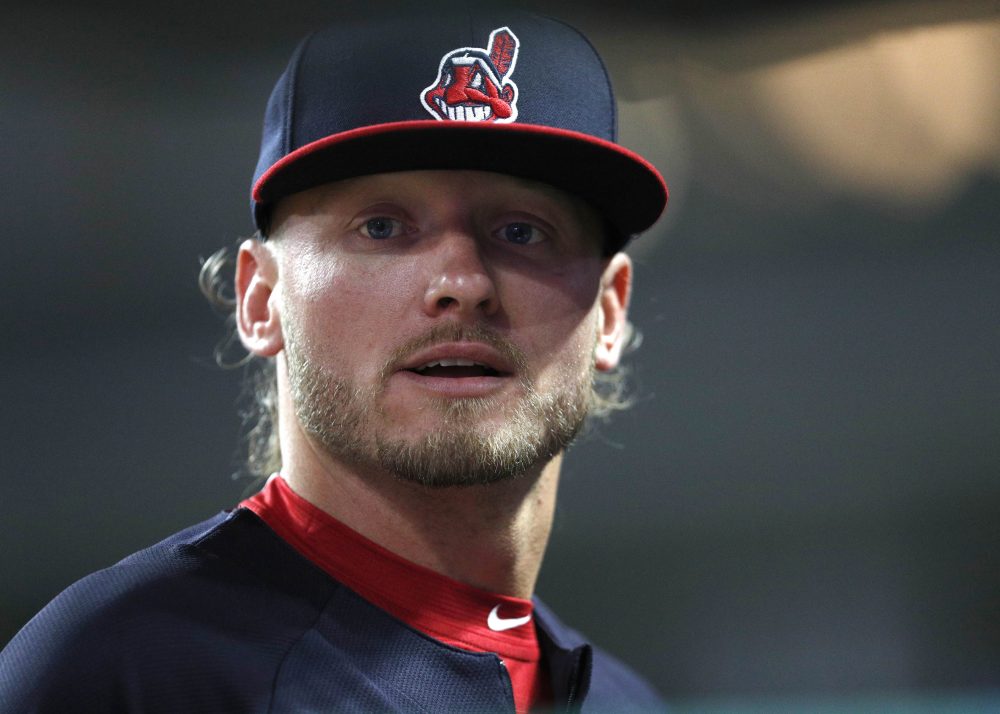 Cleveland Indians acquired 3B-R Josh Donaldson and cash considerations from Toronto Blue Jays in exchange for a player to be named later. [8/31]

Trading an impending free agent who’s currently on the disabled list is always tricky. Tampa Bay did it with Wilson Ramos at the July 31 trade deadline, sending the All-Star catcher to Philadelphia for a player to be named later or cash. It was basically a giveaway, because there was no guarantee that Ramos’ hamstring would be healthy enough for him to contribute down the stretch and no guarantee that the Rays could have gotten draft pick compensation if they’d simply let him walk as a free agent. Ramos ended up coming off the disabled list two weeks later, and he’s hit .362/.415/.596 in 14 games for the Phillies. Helluva giveaway.

Toronto was in a similar situation with Josh Donaldson, with one key difference. It was easy to envision Ramos accepting a one-year, $18 million qualifying offer and easy to envision the Rays not wanting to pay him that much for 2019. It’s much harder to imagine Donaldson choosing a one-year, $18 million deal over an open market, even after an injury-wrecked season. And it seems odd that the Blue Jays would view the former MVP potentially accepting a one-year, $18 million deal as a strongly negative thing, even with Vladimir Guerrero Jr. biding his (service) time as the future at third base. But they did, and so they moved Donaldson for whatever they could while eating more than half of his remaining salary to facilitate a trade for what’s expected to be a mid-level prospect. In retrospect, they should have traded Donaldson this offseason, when he was considered relatively healthy and PECOTA was projecting them for fourth place and a losing record.

There is no such difficulty figuring out why the Indians agreed to this deal. Cleveland has basically been locked into a playoff spot since June—or, some might argue, since Opening Day—and so Donaldson contributing down the stretch is of little importance. It’d be nice, of course, and he’s currently rehabbing in the minors in the hopes of returning soon. However, this trade is the Indians betting a mid-level prospect and a couple million bucks on there being even a small chance of Donaldson getting healthy and returning to form in October. If he’s in their lineup for Game 1 of the ALDS and looks anything like his usual self, an already dangerous offense gets downright scary. And if not, well, they lost a smallish, long-shot bet in search of a big payoff.

As if being one of the five best players in baseball wasn’t enough, Jose Ramirez‘s defensive flexibility and willingness to change positions enabled the Indians to even consider Donaldson. Ramirez has played exclusively third base this season, and was primarily a third baseman in 2017 and 2016, but he has 1,000 career innings at second base and told manager Terry Francona that he’s willing to shift there to make room. Without that flexibility, there’s no room for Donaldson in a lineup that features Edwin Encarnacion at designated hitter and Yonder Alonso at first base. With that flexibility, Donaldson can effectively replace second baseman Jason Kipnis, who’s hitting just .231/.314/.378 this season after hitting .232/.291/.414 last year, and the Indians can pair Ramirez with Francisco Lindor to form one of the best double-play duos of all time.

Clearly there was enough MLB-wide skepticism surrounding Donaldson’s health and ability to make an impact in 2018 that no other team was willing to top Cleveland’s offer, but the combination of a guaranteed division title and Ramirez’s flexibility put the Indians in a unique position to place that bet. Most of the other teams rumored to be in the mix for Donaldson have the Wild Card as their likeliest playoff path, and several of those teams will need to play well in September just to get to the one-game coin-flip situation. To make the same bet that Cleveland did, they’d need to think Donaldson could contribute down the stretch or make a huge difference in a Wild Card game. Cleveland simply needs him to be healthy when the real fun starts next month.

I’ve focused on what this trade means for the Indians, but it means plenty for Donaldson too. He’s no longer eligible to receive a qualifying offer, meaning he can hit the open market without draft pick compensation weighing him down. At age 33, and with his health in question, Donaldson figures to have a hard enough time securing big multi-year offers without teams having to factor the loss of a valuable pick into the equation. So in an odd, backward kind of way, the Blue Jays sort of did him a favor by trading him after deciding that retaining him on a one-year, $18 million deal was something to be avoided rather than welcomed.

I have no idea what to expect from Donaldson at this point, and I suspect no one—including the Indians, the Blue Jays, and Donaldson himself—really does. He’s been banged up for a while now, with an assortment of maladies, and he’s at an age where that could push him into a rapid decline. On the other hand, he’s one season removed from a three-year stretch in which he hit .285/.387/.559 and topped a .925 OPS in all three campaigns. Donaldson was a late bloomer, becoming a big-league regular for the first time at age 26, and now at age 32 his career is at a crossroads, but don’t let that overshadow just how spectacular he was from 2013-2017.

Donaldson was the best third baseman in the world during that five-year span, winning one MVP award, finishing top four in the voting for two others, and twice carrying the Blue Jays into the postseason and through to the ALCS after a two-decade playoff drought. He was, you might even say, great enough that a playoff-bound team in September of 2018 should take a gamble on him returning to form despite recognizing that the odds are against them.