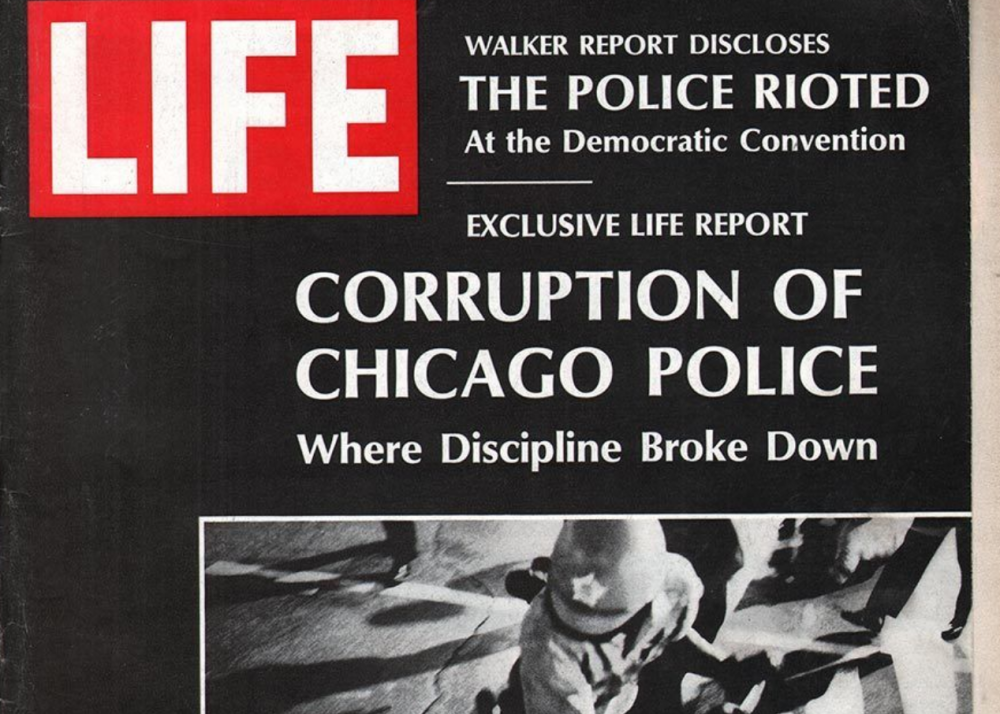 The 1968 presidential election was one of the closest in history. The Republican, Richard Nixon, rather easily won the electoral vote, with 301 of 538 electoral votes. He and his running mate, Spiro Agnew, won 32 states. But the popular vote edge over the Democratic ticket of Hubert Humphrey and Edmund Muskie was razor thin, 43.4 percent to 42.7 percent, a difference of 511,944 among nearly 73 million votes cast. It was also the last election in which a third party candidate won a state, as George Wallace, running on the American Independent ticket, took Arkansas, Alabama, Georgia, Louisiana, and Mississippi.

Whenever there’s a close election—and a 0.7 percent margin of victory qualifies as close—there are any number of factors that, by themselves, could have turned the election. In 1968, Humphrey was the vice president for an unpopular President. The King and Kennedy assassinations and growing opposition to the Vietnam War led to unrest, which played into Nixon’s law-and-order theme. The Republican “Southern strategy,” designed to draw conservative voters away from the Democrats, was successful, as Texas was the only Southern state that went for Humphrey. Any and all of these factors contributed to Nixon’s victory.

All that being said, the Democratic National Convention certainly didn’t help.

The convention began on the evening of Monday, August 26 in the now-defunct International Amphitheatre in Chicago. (It was demolished in 1999.) That night, the Tigers opened a two-game series on the road against the White Sox, but the first game had to be moved to Milwaukee due to a lack of hotel rooms. The convention promised to be a tense affair, as Humphrey, representing the administration’s pro-war policy, held a plurality but not a majority of the delegates, with the anti-war senator Eugene McCarthy in second.

Additionally, antiwar groups, including the National Mobilization Committee to End the War in Vietnam, the Youth International Party (Yippies), and the Students for a Democratic Society were in town to protest the war, congregating in Lincoln Park. Chicago mayor Richard Dayley refused to issue permits to the demonstrators, and there were tussles between the 10,000 demonstrators and 23,000 police at 11:00 p.m. each night when Lincoln Park closed.

On August 28, as Humphrey accepted his party’s nomination (with 1,759.25 votes to 601 for McCarthy, 146.5 for senator George McGovern, and 100.25 for others, including 1.5 for Bear Bryant), the protesters moved to Grant Park, across from the Conrad Hilton Hotel (now the Hilton Chicago), where many delegates were staying.

That day, Astros pitcher Larry Dierker flew to Chicago. The Astros were on the road against the Giants on August 28 and 29. Dierker was scheduled to pitch against the Cubs on the 30th, and he and his roommate, pitcher Jim Ray, went a day ahead rather than fly with the rest of the team cross country from San Francisco on the 29th.

The Astros were booked at the Conrad Hilton. The main entrance to the hotel was blocked and the players had to go through the hotel’s back entrance, through the kitchen, to get to the lobby. Dierker later recalled[1]:

When we got into the lobby, you could smell the smoke and tear gas…You could hear the sirens and you could hear the bullhorns. Once we got up to our room, our room was facing the park…We ordered up beer and sandwiches and opened the windows. We sat out there and watched what was going on down below.

What they watched was a riot that became known as the Chicago Police Riot, so called because an independent commission later concluded that the police used excessive force in containing the demonstrations. Over the course of the convention, there were 668 arrests. A total of 425 demonstrators were treated at temporary medical facilities and 110 were hospitalized, while 192 police officers were injured.

Seven of the leaders of the demonstrators, known as the Chicago Seven, were found guilty of intent to incite a riot in 1970, but the convictions were overturned in 1972. The phrase chanted by the protesters that night, as Dierker and Ray watched, “the whole world is watching,” is used by protesters to this day.

On the field, Dierker had one of his worst starts of the season on August 30, the day after the convention ended, giving up five runs on five hits (including two homers by Ron Santo), two walks, and a hit batter over 5 1/3 innings. Ray pitched the final two innings. The Cubs won, 5-3, as Ferguson Jenkins pitched a complete game.

As noted last week, White Sox left-hander Tommy John was injured in a brawl with Tigers second baseman Dick McAuliffe on August 22. During the week ending September 2, team physician Dr. William Allen announced that John had torn a ligament in his shoulder, putting his career in jeopardy. “Whether Tommy ever will be able to pitch again depends entirely on how that ligament heals,” Allen said.[2]

Another pitcher dealt with injury, as Don Drysdale received a cortisone shot in his ailing shoulder. Over his prior three starts, the pitcher who set a record with six consecutive shutouts earlier in the summer allowed a 6.62 ERA in 17 2/3 innings, giving up 23 hits and seven walks while whiffing only 10. While expected to miss only his August 28 start, he was done for the year. The next season, he’d pitch only 62 2/3 innings, his career over a few days after his 33rd birthday.

On the day Drysdale missed his start, the Pirates announced that rookie manager Larry Shepard was signed to lead the club again in 1969. He’d be fired before the season ended.

The expansion San Diego Padres announced their manager in 1969 would be Preston Gomez. Team president Buzzie Bavasi declared, “Preston’s a lot like [Walt] Alston in many ways.[3]”

Alston, at that point, was in his 15th year as Dodgers manager. During his tenure, the Dodgers had won the National League six times and the World Series four times. Gomez would manage the Padres to three last-place finishes and a combined 176-309 record (an average of 59-103) before being fired 11 games into the 1972 season.

On September 1, Twins 1B/3B Harmon Killebrew made his first appearance since tearing his hamstring in the All-Star game. Pinch-hitting for pitcher Tom Hall in the last of the ninth inning, with the Twins trailing 5-2, two outs, and none on, he hit his 14th home run of the year off Chicago’s Wilbur Wood. The day before, the Twins lost another All-Star, right fielder Tony Oliva, for the season when he dislocated his shoulder trying to make a catch.

Also on September 1, the Tigers were hosting the Orioles. Denny McLain allowed a leadoff walk to Don Buford in the top of the third inning. Curt Blefary and Frank Robinson hit consecutive singles, cutting Detroit’s lead to 4-3 and giving the Orioles runners on first and second with none out. With the runners going, Boog Powell lined to McLain. McLain threw to shortstop Tom Matchick, who threw to first baseman Norm Cash, doubling off Blefary and Robinson. The 1-6-3 triple play ended not only the threat but also the Orioles’ scoring, as Detroit won 7-3, expanding their lead over Baltimore to seven games. McLain ran his record to 27-5.

On September 2, St. Louis’ Bob Gibson pitched a 10-inning shutout to beat Cincinnati 1-0. It was his 20th win of the season and lowered his ERA to 0.99. He joined Juan Marichal as the only 20-game winners in the National League.