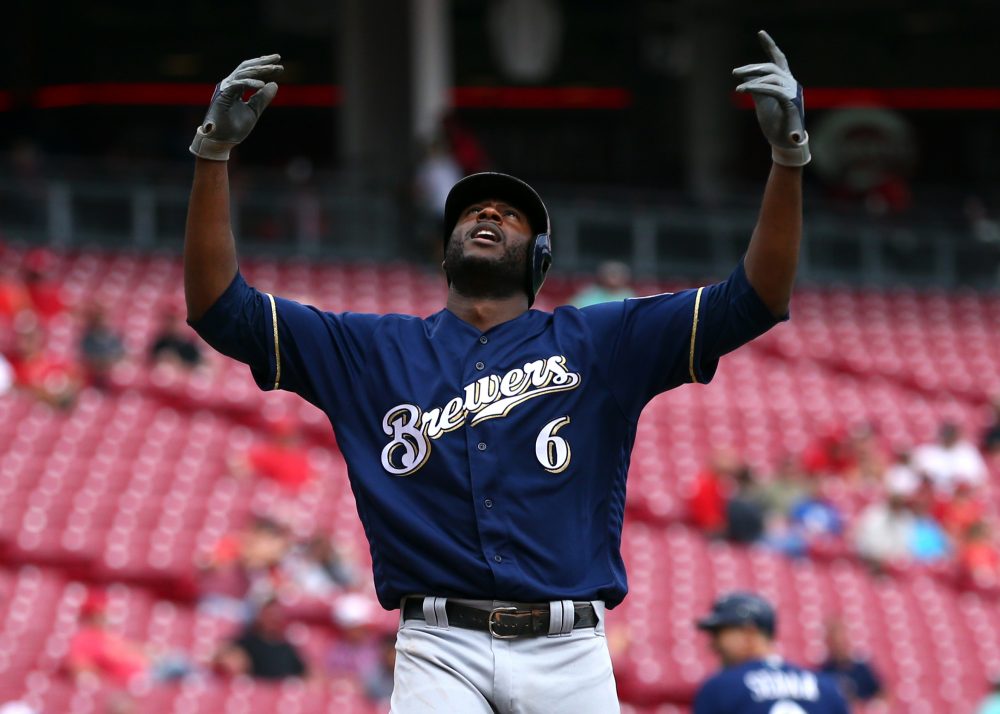 After winning what was declared to be the best game of 2018, the Brewers didn’t get much time to celebrate. In fact, they got right back to work against the Reds.

So how did both teams respond to playing a 10-inning, 4-hour and 16-minute slugfest? They proceeded to play an 11-inning, 3-hour and 6-minute pitchers duel. That both games went to extra innings and were long stints at the ballpark were about the only quality they shared.

The Brewers and Reds combined for just two runs scored in the first nine innings. Milwaukee’s run came on a bases-loaded walk with Cody Reed on the mound, while Cincinnati’s run arrived in a bit of controversial fashion in the seventh inning. The Brewers were convinced that Ryan Braun, Hernan Perez and Erik Kratz had combined on a relay to nail Phillip Ervin at the plate. The joke was on them, since the replay officials decided that Ervin was safe, tying the score.

The game stayed tied and, for the second day in a row and just a few hours after playing 10 innings, the Reds and Brewers headed into extra innings again. Also for the second day in a row, there were fireworks in extra innings. The pyro was delivered by Lorenzo Cain, who bopped a sinker from Austin Brice into the seats in left field to put Milwaukee in the lead for good.

It also extended what has to be a bit of an annoying streak for the Reds when it comes to hosting the Brewers. Milwaukee has now hit a homer at Great American Ball Park for 22 straight games — and that’s where the streak will stand until April 2019. Maybe these teams will combine for another classic pair of games when next season rolls around?

Phew! We had to go to extras because our streak was in jeopardy. That’s now the 22nd game in a row that the Crew has homered at GABP as Cain blasts his 10th of the season. 2-1 Brewers in the 11th! #ThisIsMyCrew pic.twitter.com/jfJoiZEhR7

As we enter the final month of the regular season, the playoff odds are painting a bleak picture for the Seattle Mariners. Even though Seattle’s chances of ending their playoff drought are getting smaller and smaller by the day, it’s still not at zero percent, and they obviously are going to keep fighting until it’s actually over. The Athletics learned this the hard way after the Mariners ambushed them for five runs in the first inning, basically ending the game before it started.

A big first inning for the @Mariners started by Ryon Healy‘s RBI single. Catch the finish on @ROOTSPORTS_NW pic.twitter.com/eLlB0TjNJG

Mitch Haniger launched his 23rd dinger of the season to put Seattle’s seventh run on the board and put them even further out of reach from the A’s.

Elsewhere in the AL West, the Astros weren’t able to put any more distance between themselves and the A’s. You would have figured that with Justin Verlander going on the mound, this would have been a prime opportunity for them to pick up a win. It was all going to plan until the sixth inning rolled around and Houston’s car immediately spun out as the Angels broke a scoreless deadlock with four runs.

Mike Trout played a vital role in that rally. You think the Angels are happy that he’s back?

The West is having all of the fun right now. On the NL side of things, the Diamondbacks have gotten the upper hand in beginning a crucial series at Dodger Stadium. Robbie Ray and Arizona’s bullpen did a good job of neutralizing everybody but Manny Machado, whose solo homer was the only run the Dodgers scored on the night. And once again, it was one big inning that helped send a team to victory — one swing in particular from David Peralta helped to keep Arizona at the top of the division.

This ended up being a really good day for Arizona because the Rockies ended up having a long and frustrating day at Petco Park. The score was tied 2-2 from the sixth inning until the 13th. German Marquez twirled a gem for Colorado, as he left the game with eight innings and 13 strikeouts under his belt.

Franmil Reyes who finally brought the game to life, and death, by hitting a walk-off dinger. The big fly just eluded the grasp of Charlie Blackmon, spoiling things for the Rockies.

Meanwhile, in the East, Boston proved to be the dominant hue of Sox, winning 9-4 at Chicago. Chicago’s Lucas Giolito controlled things most of the way after the offense scored four runs in the first two innings. The Red Sox apparently found the “We Win” button in their dugout and pressed it for four runs in the seventh and another five in the ninth. Two of those four seventh-inning runs came off the bat of Mookie Betts.

The game-winning run was driven in by Jackie Bradley Jr., ensuring that Boston’s hibernation was over and that the Red Sox were ready to emerge from their slumber to maul another unsuspecting foe.

While Boston was able to subdue its AL Central opponent, the Yankees had no such luck. They were the victims of a shocking power surge from the Detroit Tigers. The Tigers went into this game with a team TAv of .243 and a team ISO of .136. If you’re more into regular old stats, here’s one for you: Detroit was dead-last when it came to hitting home runs. So, naturally, Detroit proceeded to score all eight of their runs last night via dinger. Jeimer Candelario led off with a home run, Victor Martinez hit two of his own and then Niko Goodrum finished the display of power with a homer in the ninth. It was enough to give the Tigers a one-run victory over the Yankees. Baseball is weird!

Lead off with a bang! 🍬 pic.twitter.com/ayCw8OV2nJ

Niko has that New York state of mind. pic.twitter.com/xG2xjDvHkc

The Cubs made a one-night-only visit to Atlanta for some unfinished business and a couple of Chicago’s defenders decided to flash the leather during the makeup. New Braves slugger Lucas Duda hit what should have been a gapper to right-center, but Albert Almora Jr. turned it into an out.

In the ninth, Javier Baez did his level-best to snuff out any sort of a rally that the Braves had in mind in order to preserve a one-run lead for the Cubs.

Starts with an M
Ends with a P

Not a cleaning instrument or a geographic chart. pic.twitter.com/eYiKwmR8hr

What to Watch This Weekend

After splitting a pair of games against the Braves, the Rays continue their road trip by taking on another first-place team. They’ll be traveling to Cleveland for three-game weekend series. The pitching matchup Friday should be a treat since Cleveland will be sending Corey Kluber (2.84 DRA, 80 cFIP) to the mound, while the Rays actually will be using a starter. Tyler Glasnow (3.05 DRA, 85 cFIP) will get the ball and he’ll be tasked with trying to slow down Cleveland in their inevitable march to another AL Central title.

Meanwhile on the Senior Circuit, after spending one night in Atlanta, the Cubs head to Philadelphia. Philly’s hit a bit of a rough patch as of late, but if this series against Chicago goes well for them then they’ll be heading into the final full month of the season on a very good note. Nick Pivetta (3.18 DRA, 82 cFIP) will get the ball for Philly to start things off for them, while Jose Quintana (5.37 DRA, 109 cFIP) will be on the bump for the Cubs on Friday night.

Also, this is happening Sunday:

I think you might want to keep an eye on that one.