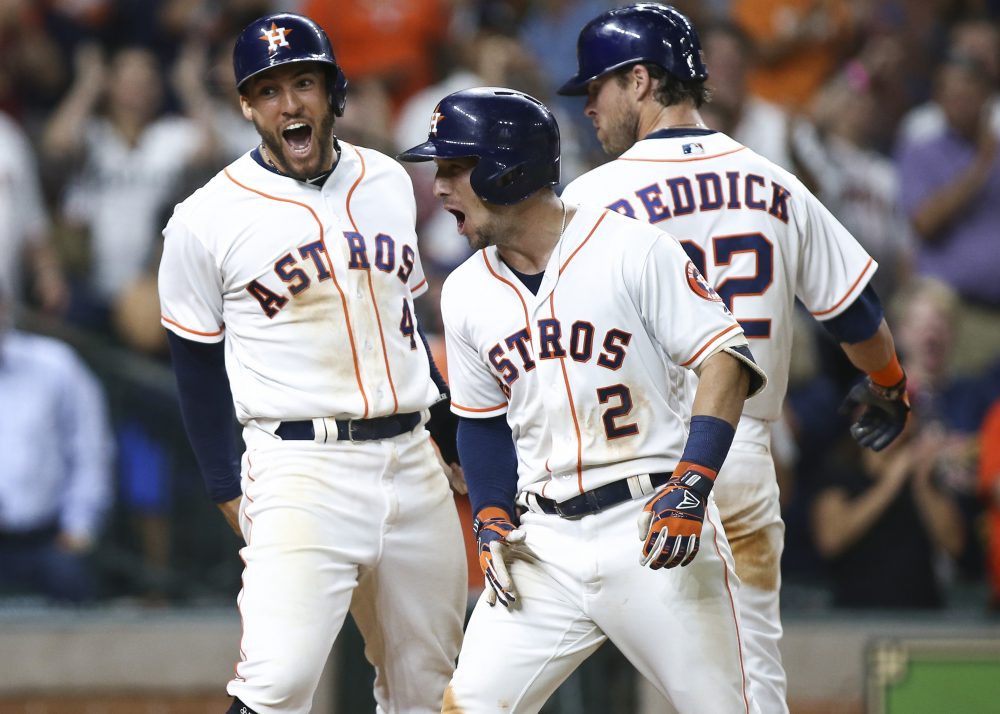 The Oakland A’s have been good. Really good. Better than almost anyone anticipated. They’re really fun, too. You should be watching Oakland play baseball.

If you were doing that last night, you watched them get walloped.

You see, the Houston Astros are also pretty damn good. They won something called the World Series last year, apparently? That sounds like a good thing to win. Houston’s good, and although Oakland is giving them a run for their money, Houston looked like the team that just won a championship.

Oakland’s gotten by with a patchwork rotation. Edwin Jackson? Trevor Cahill? Brett Anderson? They’re all on the pitching staff of a team that’s got a really good chance at making the playoffs. The wheels sort of came off the Anderson portion of the experiment last night.

And then there was this:

Not a good look for a team that’s played really great defense all year. But sometimes, you just get trucked by a great offense. The Astros have a great offense:

This battle for the division is going to go down to the wire. The Astros were the better team last night. Oakland may yet prove the winners in the long run.

Or Jon Lester knocking in two runs off of Noah Syndergaard?

The game in Houston wasn’t the only wild one in the west. The Rockies and Angels went back and forth all night. DJ LeMahieu had just hit a go-ahead grand slam in the top of the 8th inning, but Los Angeles wasn’t done.

This game had everything, including the requisite massive bomb to center field from Shohei Ohtani. It also featured Carlos Gonzalez ripping Albert Pujols’ glove off with a line drive.

Wilson Ramos got thrown out trying to go from first to third. He has issues with both hamstrings.

Why was Ramos trying to go first to third with bad hammies? That’s a good question. Did it make for some good entertainment? It sure did.

That’s also a good pick at first base by Austin Slater, who apparently plays first base now.

The biggest attraction of the day comes at 7:05 p.m. when Max Scherzer and Aaron Nola lead their teams into battle in Philadelphia. That’s must-see television if you’re a pitching fan. Or an anything fan, really.

If that’s not your speed, we recommend the Rays and Braves at 7:35. Tampa is red hot, and Atlanta is just a fun team. It’ll be opener Ryne Stanek and Julio Teheran on the mound.

And then you’ve just got to be watching the A’s and Astros at 8:10. This is the best race in baseball with a rather clear protagonist. Edwin Jackson and Charlie Morton get the ball.