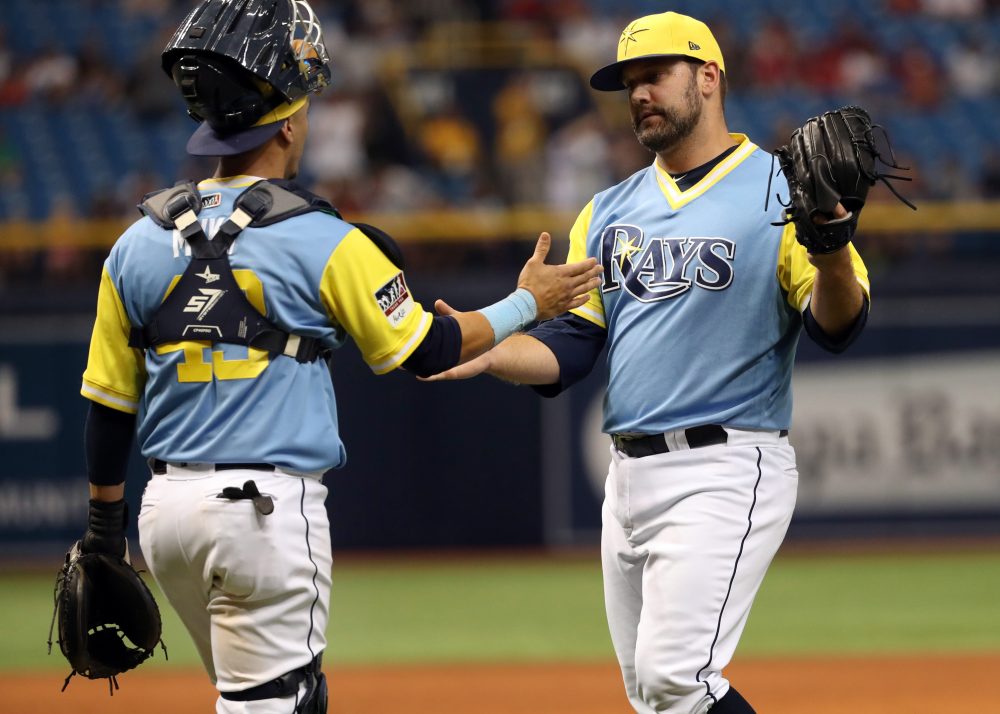 Through nearly five months of the 2018 MLB season, the Boston Red Sox avoided getting swept a single time. The Sox got to the 90-win plateau this year before any other team had even won 80. The postseason has yet to play, but when the story of the 2018 season is written, the Red Sox will command major column space as the biggest standouts of the regular season.

The ballad of 2018 will go on at length about the Tampa Bay Rays, as well, but for different reasons. The Rays likely will miss the playoffs, but their revolutionary approach to pitcher management will stand out as a landmark in baseball strategy’s evolution. Thanks to the quirks of memory and the importance we humans place on innovation it is not unlikely that the Rays go down in history more than the World Series winners. The Rays also are economically notable: they’ve accomplished the same results so far by spending $23 million as the Dodgers have by spending $147 million.

Tampa isn’t mathematically eliminated from playoff contention, either. It would take a September miracle for them to sneak in—but this past weekend foreshadowed exactly what that might look like.

The Red Sox were in town for Players’ Weekend, and the Rays were ready to roll out the unwelcome mat. In the opener, Boston starting pitcher Hector Velazquez chased after less than three innings with a whopping eight earned runs charged to his name. A five-run third was enough damage to run him to an early shower in a 10-3 loss:

Jalen Beeks was traded from the Red Sox system to Tampa Bay at the July deadline, and he pitched 5 ⅓ innings in relief of opener Diego Castillo in order to secure his third MLB win.

Tampa Bay’s Ryan Yarbrough has made 26 relief appearances this season, but Saturday marked just his sixth start. He was at his best, ceding just one run in five innings of work, but he left a 1-1 game without a stake to the win.

In the sixth, the Rays finally broke through: Boston’s Ryan Brasier came in to face Kevin Kiermaier with a runner on third base and nobody out. Boston’s unlikely to get out of that situation without conceding a run to begin with, but when Brasier spiked a 2-2 curveball off his catcher’s foot, the run came in with no contact from the batter necessary:

Due to the situation, Kiermaier was motoring the whole way, but he could’ve hippity-hopped across home plate and scored the go-ahead run just as easily with the bad bounce that pitch took.

The Rays scored again in the sixth, before adding runs in the seventh and eighth, to close out a 5-1 victory which, at least for a few innings, appeared much more competitive than the score might indicate.

On Sunday, the man for whom Beeks was traded—Nathan Eovaldi—took the mound for Boston one month and one day after the deal. Based on the early returns, Beeks for Eovaldi was highway robbery for the Rays.

Eovaldi didn’t get chased in the third, but he did manage to complete just four innings of work, giving up five runs in the process. The last two of those runs came in on an impressive triple from Kiermaier, who left his mark all over this series:

Meanwhile, Blake Snell was in ace form for Tampa. In six innings of work, Snell put just four hitters on base, including two hits and two walks. He also struck out eight and, yes, he posted these numbers against the real Red Sox and not a bunch of minor leaguers wearing the uniforms. The Rays didn’t get to double digits like they had Friday, but the 9-1 result in the finale marked the largest win of the series and completed the sweep of the best team in baseball. The Rays have won eight straight. On the flip side, Boston has dropped six of eight. When you’re 50 games north of .500, such a slide doesn’t threaten your position in the standings just yet.

It’s fitting that Players’ Weekend included probably the best dugout prank of the season. Milwaukee’s Jesus Aguilar came up to the plate Saturday against the Pirates with two Swedish fish sticking out of his helmet like alien antennae. It’s hard to say who, exactly, planted the little buggers, but my money is on shortstop Orlando Arcia, who can’t help himself but look guilty as hell in the dugout:

The Padres-Dodgers game Saturday night looked like it wasn’t going to finish. A power outage in the 12th inning caused a late-night delay and jeopardized the game’s conclusion. Thirty years after Wrigley Field finally became the last major league stadium to add lighting, we almost saw one last game called on account of darkness. But the power came back and play resumed—for a few minutes, at least. Long enough that Justin Turner could send the crowd home happy, anyway:

On May 20, Kendrys Morales was slashing .163/.248/.279. Toronto fans—and baseball fans at large—were calling for his release. That night, Morales also made his pitching debut. And since that night, he is hitting north of .300. He’s also got home runs in seven straight games after going deep Sunday:

One more and he ties the record. I guess he just needed to put himself into the pitcher’s mindset to turn around his season.

Brad Boxberger was a big story of Players’ Weekend, sporting the first all-emoji jersey in sports history. He represented well, too, inducing a double-play grounder to pick up his 29th save Sunday. One hundred and fifty years from now, when Google One World Government President/CEO declares emoji to be the New Official Language of Humanity, we’ll look back on this as a major turning point in human history:

Parenting Achievement of the Night

Most dads who get the opportunity to genuinely save their child from danger don’t get any souvenirs for their trouble. Maybe some scars, possibly a missing appendage if your kid was dumb enough to involve bears in their near-death experience. But it’s not like there’s a Bureau of Fatherly Recognition doling out trophies to fathers whenever they protect their offspring from death’s cold embrace. The memory and the satisfaction have to suffice more often than not.

Which is what makes it so extra sweet that this superstar dad gets to keep his broken shard of Bryce Harper‘s AmericaBat. Not only did your child survive something awesome thanks to your divine fatherly intervention, but you’ve got the receipts to prove your tall tale. The guys at the office will never question another one of your epics after they see that splintery boy. Take a bow, dad. You did great. We won’t even assess the standard point deduction for turning your kid into a Mets fan this time around:

Monday marks the start of a new week for fantasy baseball purposes. If your team still has a prayer at this point in the season: congratulations, you’re doing way better at this than I am.

Morales will be chasing history as the Blue Jays travel to Baltimore to open up a series against the Orioles. Pitching for the home team will be David Hess, whose 5.50 ERA indicates that he’s pretty liable to serve up that record-tying eighth straight home run. But Sam Gaviglio, Toronto’s scheduled starter, hasn’t had much success this year either.

If batting-practice heaters, hanging curves, and history chasing sluggers aren’t your cup of tea, the Mets-Cubs game at Wrigley Field should be more to your liking. Noah Syndergaard takes the hill for the Mets against Jon Lester for the Cubs. It’s a textbook setup for a pitcher’s duel.

The Nationals’ Stephen Strasburg and the Phillies’ Zach Eflin lock horns for the second time in six days.

The A’s travel to Houston for a pivotal series in the AL West race. Houston enters the series with a lead—but Oakland could change that with a sweep. Game 1 on Monday will have Brett Anderson pitching for the A’s against Gerrit Cole of the Astros.