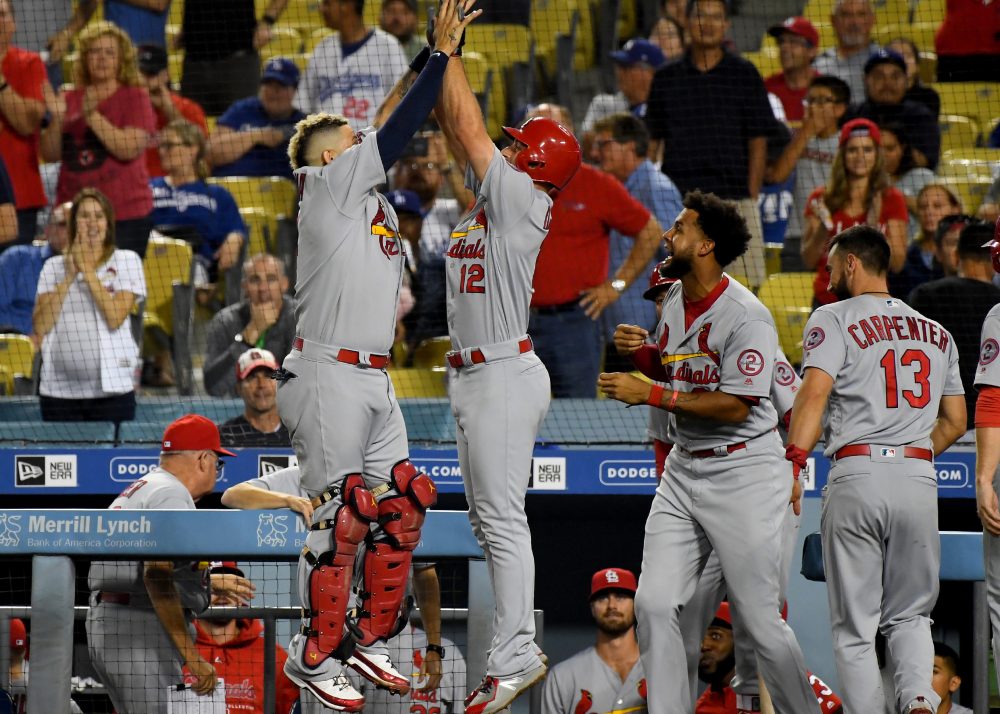 The Wednesday Takeaway
You might remember two days ago when Kenley Jansen, fresh off the disabled list, came into a tie game for the Dodgers against the surging Cardinals and promptly allowed two ninth-inning home runs in a losing effort.

May I present: The Sequel

The Dodgers, who remain in a fight for their damn lives in the NL West, despite the best run differential in the league, seemed well on their way to snapping a two-game skid behind Walker Buehler, their rookie hurler who tossed seven shutout innings, striking out nine and allowing just three hits and two walks. But the bullpen did them in once again.

This is the second time this season that Kenley Jansen has allowed a home run in consecutive appearances. He did it once in his first 8 seasons combined – in 2015.

First, Tyler O’Neill took Scott Alexander deep for a game-tying shot in the eighth inning. In the ninth, after a Jedd Gyorko single, Jansen left an 0-2 fastball a bit too close to the plate and Paul DeJong did the deed to send L.A. to its third straight loss on a night when the Rockies and Diamondbacks both won. The Dodgers are 4 ½ games out of first place and 3 ½ out of the NL Wild Card.

The Dodgers have scored 3 or fewer runs in half of their 32 games since the All-Star break. They are 1-15 in those games, 14-18 overall

Buehler’s throwing up zeros and the Cards’ late-inning heroics overshadowed the performance of starter Jack Flaherty, whose lone blemish was a solo shot off the bat of Joc Pederson in the sixth inning. I mean that almost literally — that was the only hit he gave up in six innings. He also walked one and he struck out 10.

The win for the Cardinals kept them atop the NL Wild Card standings, ½ game better than their division rival Brewers. They’re hot and they’re doing Cardinals things, folks.

The Cardinals started a trio of rookies (Austin Gomber, Daniel Poncedeleon, Jack Flaherty) in a three-game series at Dodger Stadium and swept the damn thing. Oh, and 21-year-old rookie Jordan Hicks struck out the side in the ninth to earn a save in the finale.

Quick Hits From Wednesday
Speaking of supposed contenders still struggling inexplicably late into the season, the Washington Nationals, whose playoff hopes are on life support and maybe aren’t even trying anymore, got a big win in a big way against one of the teams they’re looking up at in the standings.

The home run was Ryan Zimmerman’s 11th career walk-off job and first since 2015. They’re six back in the NL Wild Card (with four teams between them and a playoff spot) and 7 ½ back in the NL East.

Those are some names.

The Cubs got the runs!

Loving this new @MLB rule that allows you to score multiple runs on a home run. pic.twitter.com/C4aPHR0syP

If you hadn’t heard, the Cubs had scored a single run, on a solo home run, in five straight games. They somehow won two of those five, but it was nonetheless a troubling trend for a team trying to hold off the Brewers and surging Cardinals (see: above) in the NL Central.

They added Daniel Murphy via trade Tuesday, helping to offset the placement of shortstop Addison Russell on the disabled list, and somewhere along the way they were reminded that they were playing the Detroit Tigers. Three home runs (two with guys on base!) and eight runs later, all is well once again in Wrigleyville.

And the Red Sox are, in fact, now in their first three-game losing streak since April 21-24. Must win the next two to salvage a split against the Indians.

This was after Tuesday’s loss to the Indians. An unfathomable streak of games without losing three straight. They haven’t lost four straight games all season and were facing just that in the third of a four-game set against the Tribe, with Brian Johnson on the mound against Carlos Carrasco.

The offense came out to play.

Xander Bogaerts blast was one of two on the night, helping offset a two-homer game by Edwin Encarnacion, in an easy Boston win. Breathe easy, Red Sox fans, they’re back to 50(!) games above .500.

We now take you live to the AL West race, where things are totally normal and going exactly as you might have expected.

Well, actually, things mostly did go as you might have expected on this day, as the Astros jumped all over Seattle’s Marco Gonzales and held on for a 10-7 win to retake sole possession of first place.

They retook sole possession because Edwin Jackson pitched more like the guy who’s pitched for 67 different professional franchises in a 4-2 loss to the Rangers. The Oakland offense was completely shut down by Texas lefty Mike Minor, who tossed six shutout innings before Jose Leclerc shut the door on another potential Oakland rally.

Ronald Acuna Jr. has 20 home runs in the first 75 games of his career.

Don’t think the Braves are going away, folks.

Why would I include an item on the miserable White Sox and Twins in this article?

This is becoming something of a strange habit between two miserable, horrible, no good, really bad teams.

Defensive Play of the Day
Albert Pujols is old and not-so good anymore. He used to be a Gold Glove-caliber first baseman. Every now and again, apparently, he can still show he’s got it.

What to Watch For Thursday
The main event of the day also happens to be the first game of the day. The Nationals will go for the sweep of the Phillies in the finale of a huge series in a battle of aces, with Max Scherzer taking on Aaron Nola at noon CT. There’s another solid pitching matching that afternoon, too, just between too less-than-stellar teams, as Madison Bumgarner and the Giants take on Jacob deGrom and the Mets. The Indians and Red Sox complete their four-game series — also in the afternoon — with Adam Plutko facing David Price.