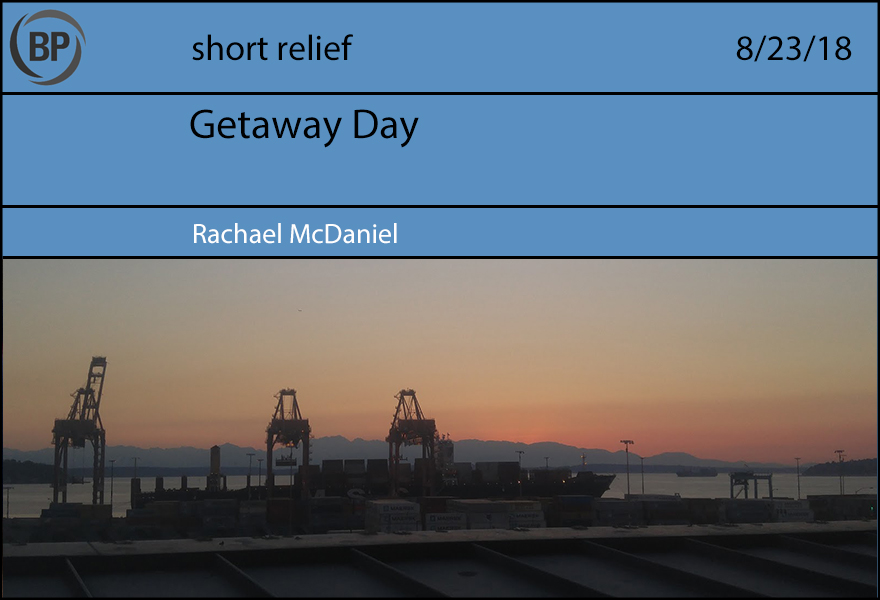 I am constantly in awe of the way the human body can adapt. The way that, given repeated exposure to certain fear-inducing stimuli, it will become so alert to the possibility of attack that it can signal danger even when distracted. I can walk down a mostly empty street at night, my music playing as loud as I can have it on my headphones before my phone starts warning me about the health of my ears, and I can still hear two men pass behind me. I can still hear one of them say “faggot.” It’s really incredible.

A while ago now, the Mariners did a Pride Night promotion, and the giveaway was this big Mariners rainbow flag that had sleeves in the top stripe so that you could wear it like a cape. I’m a theater kid. I love capes. One of my favorite garments I’ve ever made for myself is a black woolen cape that makes me look like a bat. I couldn’t go to Seattle for the giveaway itself, but I tweeted jokingly about being willing to pay good money for someone to snag me one of the cape-flags — and, much to my surprise, old friend of BP John Choiniere was kind enough to gift me one the next time I went to see the Mariners. It looked exactly as ridiculous as I could have hoped, and I spent a few hours running around the Safeco view level like a rainbow idiot, a very happy rainbow idiot.

It was a good game. Before I left the stadium, I took the flag off and carefully folded it up as small as I could possibly make it, tiny squares disappearing into tinier squares, colors disappearing into one color, then tucked it away in my bag. When I got home I buried it beneath three layers of clothes in my dresser. Even then, I worry. I’m not naive. I know what can happen if I’m not careful.

It can be hard to focus on baseball sometimes, what with the competing voices, the voices that my body has become so ready to hear. On my laptop, Joe Davis says something about Justin Turner; from the living room, a much louder voice broadcasted from the TV calls for a purge of homosexuals. There are some crazy people on the internet, you know.

So sometimes I have to turn off the baseball. I shut my computer and put it in my bag, and get on the bus to go walk in the city, to the 24-hour cafe in which I do almost all of my writing, where no one cares about who I am. I take calm, careful steps through the darkness. I try to remember a bright place full of people, an absence of fear. 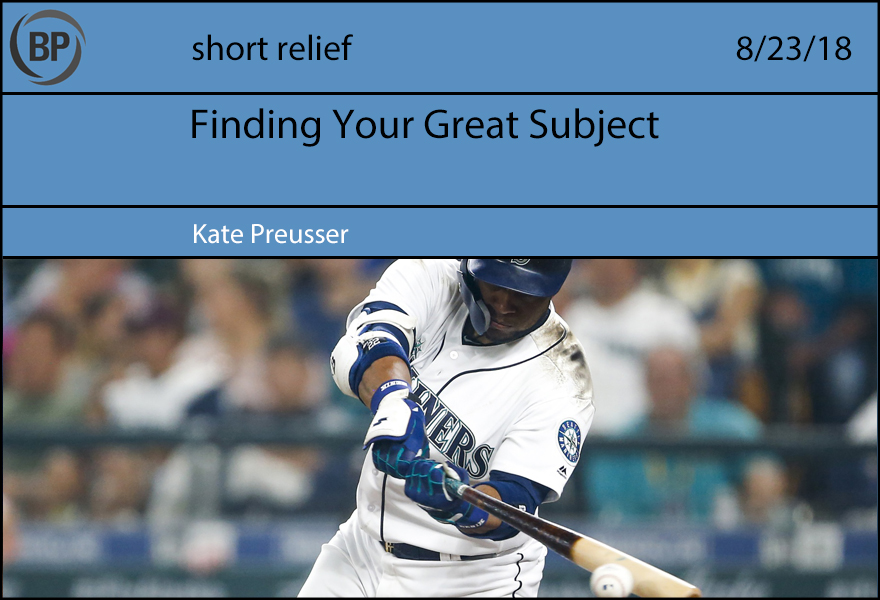 When I was a junior in high school I took an extension course in creative writing at the local university. The professor, a poet with wiry brass-colored hair and large glasses, was a big Joyce Carol Oates fan, and themed her class around the idea of “the great subject,” based on a quote of JCO’s (or Joyce Carol Joyce Oates, as a frustrated classmate of mine called her):

“Detroit, my ‘great’ subject, made me the person I am, consequently the writer I am — for better or for worse.”

We read a variety of Oates’s short stories, contemplated her world, and were encouraged to discover our own Great Subjects. At sixteen, this was a fairly daunting prospect, so my professor advised me to look for common themes among my own favorite authors to see what Great Subject spoke to me. That year, I was really into Jeanette Winterson and Carson McCullers, suggesting a Great Subject composed half of magic, half of loneliness.

I no longer find Winterson nor McCullers as compelling as I did at sixteen, but I still find myself reading and writing things driven by that magic and loneliness. As someone who works and writes at home, I live a mostly solitary life, punctuated by occasional socializing, a sudden burst of magic. I can bank the glow of a night out with friends and warm my hands by it for days. When I think back on experiences I’ve had in my life, a good portion of them are solo projects: sitting on a bluff in San Simeon reading Moby-Dick and understanding the pull of the sea; trailing my hands through the creek that feeds a centuries-old distillery in Kentucky; sitting in a piazza in Rome eating peanuts and drinking a Peroni and staring across the square into the open mouth of a cathedral where a funeral was taking place. Or maybe it’s not that I have done the majority of these things alone but that, over a long and jumbled life, those are the moments that stand out, the solitude creating a space for the magic.

I don’t go to many baseball games alone now; I used to, when I first moved back to Seattle, before I found a community of people to go to ball games with. This year, my mother gave me a thoughtful Christmas present: a single club-level ticket to the season opener, and a promise that there would be no squirrely nephew or complaining uncle or baseball-indifferent out-of-town relatives to entertain. I watched the Mariners secure a surprising victory against Corey Kluber and kept a perfect scorebook.

The other day, priced out of a weekend series against LA and panicking at the thought of the season dwindling away, I impulse-bought a ticket to a Monday night game and went alone. The reeling Mariners struggled to keep pace with the Astros as Felix Hernandez labored through six innings. Then, in the eighth inning, less than a week returned from his suspension, Robinson Cano hit a go-ahead three-run homer. It’s a game I’ll remember being at well into the future, alone but not lonely, there in the presence of magic.