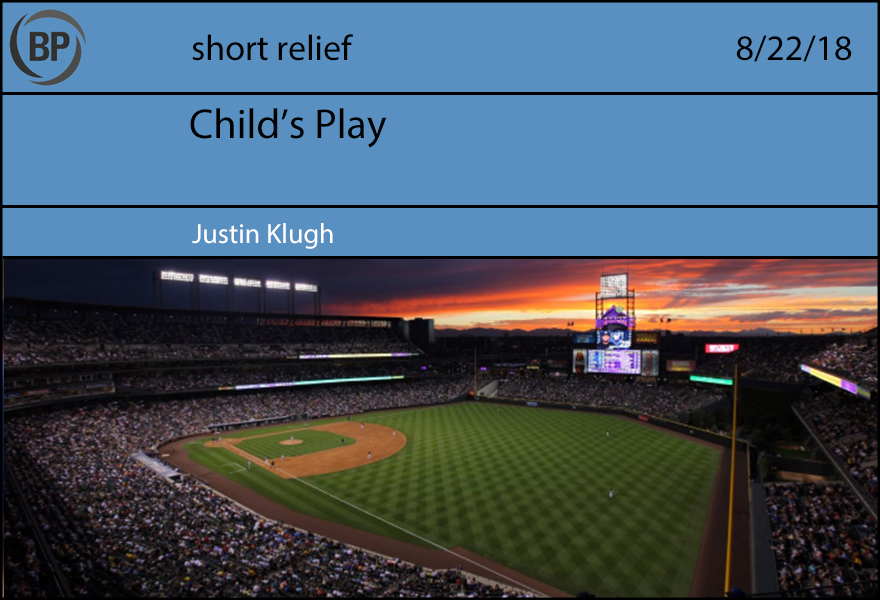 With the success of the Little League Classic and the outpouring of support both it and the LLWS received this year, changing baseball at the Major League level, the one through which we largely absorb it, becomes an annual conversation. Each year, we gush over the event in Williamsport and ask each other, “Can you imagine if this was how it was all the time?”

Imagine then, if we took this fine idea and gave baseball back to children. What if we simply ripped the MLB logo away from wretched old billionaires parsing contracts for loopholes and gave it to the Little Leaguers. It’s a child’s game, after all, as so many whining fans suggest when players don’t “hustle,” like this man wearing a paper bag on his head and screaming about Jimmy Rollins.

Baseball is wrapped in the armor of time and tradition and can withstand body blows and head injuries, attacks on its morals and attempts to discover and torch its unwritten rules. It doesn’t care how you feel about whether players should get haircuts. Any productive changes occur at the glacial pace of the society surrounding it, and more immediate changes occur at the whim of whichever crusty old white man is currently at its head.

So what if, when we said “Major League Baseball,” we were referring to the only people who always play it the right way; with smiles and handshakes and raw emotion untainted by years of PEDs; who can be utterly destroyed by an outcome and still get up and shake somebody’s hand. The players’ salaries could go into college funds or saving accounts. When we bring our children to the stadium to see the people who will inevitably become their heroes, they’ll see kids not much older than themselves, making the dream of playing in the major leagues so much more attainable. When we stand applaud, we could do it for “Big Al” Delia or Mo’ne Davis, not Jose Reyes or Josh Hader.

Would playing under the skewering scrutiny of big league media make these young athletes vulnerable to becoming exactly the sort of bitter, damaged adults who help to ruin not just baseball, but anything people anywhere enjoy? Yes. So, maybe we replace all the reporters with kids, too. In some cases, you’d hardly know the difference. If we want baseball to be for a younger audience, maybe it just has to be comprised totally of young people, instead of adults doing their best impressions of human beings.

And then, once a year, grown men can dress up in the costumes of the professionals and play this child’s game for the pure novelty of seeing adults in colorful matching uniforms playing a game for children. And we can all laugh at the idea of this being normal; of all the ways that adults, were they actually allowed to be big leaguers, would find to poison and shred this game that makes dads dance in the aisles. 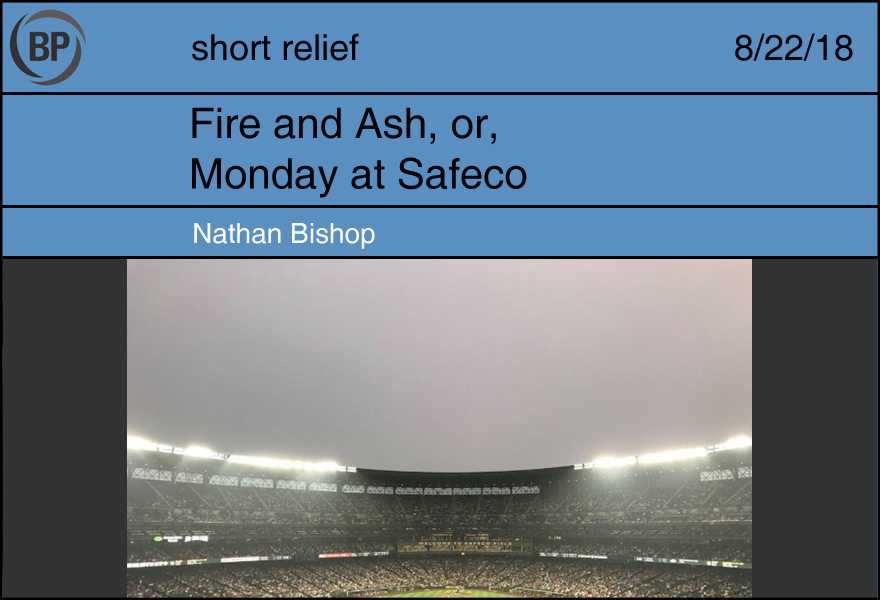 Smoke, the detritus of fire, instrument of death. Choking, lingering, hovering, serving as notice of nearby destruction. Fire and smoke are forces working at times seemingly metaphorically. They live off destruction, and the first to be destroyed are always the oldest, weakest, and driest.

The Mariners are ripe with the tinder dry, decay-tinged stench of soon-to-be wildfire fuel. A fully flowered, beautiful spring and early summer have given way to the cruel forces of nature and math. An 8.5 game lead is now a 4.5 game deficit. They team has started Roenis Elias and Erasmo Ramirez just this past weekend. For a hungry flame, they appear simply to be more food.

It is Monday, and the Mariners are playing the Astros, with their season in the balance. The smoke in the city is such that they probably shouldn’t have played the game. It certainly isn’t healthy, but schedules, and gate receipts, and capitalism all make sure that, barring true catastrophe, our leisure activities take place as planned. It is gloomy, the sun lingering a Tatooine red, and hard to breathe.

Felix Hernandez, the proudest, most deeply rooted portion of the Seattle Mariners landscape, is pitching, and pitching poorly. They never used to have fires around here like this, and Felix never used to get hit like this.

Robinson Cano is at bat, his reputation ashen and rightly so, as ash is falling at Safeco Field. It’s 4-4 in the eighth. It’s hard to make out the action from the bleachers. Somewhere within the cloud towards home, a loud crack, and a wave of sound erupts. It ripples across the smoke like lightning jumping storm clouds, pushing ever closer. Looking up, the sound reaches you: the pulsing, resonant sound of cheers. Just as it arrives so does the ball, peeking through the haze before disappearing again, this time down below. The sound stays, living in the cloud, and the Mariners win 7-4.

Smoke, the detritus of fire, renewer of life.