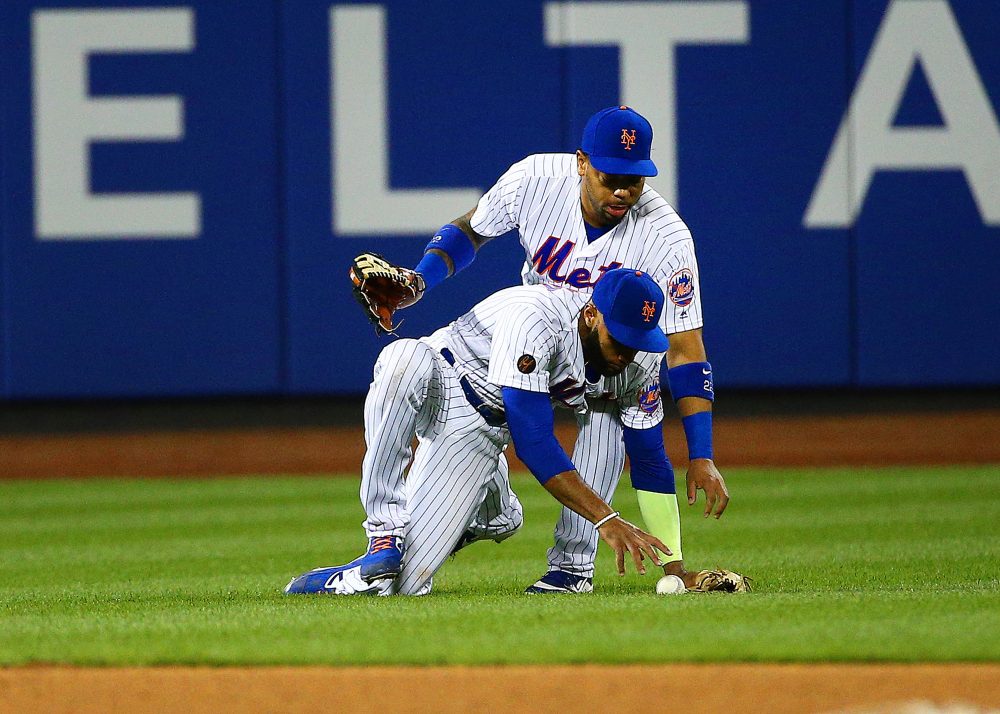 The term “free baseball” implies that your ticket to a ballgame is you paying for nine innings of entertainment, and that anything beyond that is a lovely perk. This is, of course, wrong. The game could be called early because of rain, and you wouldn’t be reimbursed for those few innings that weren’t played. That would certainly be nice, but alas, it isn’t the case.

And that’s just considering the monetary cost. There’s a physical cost, and a mental cost as well. There’s something to be said for 15th inning delirium, but that sensation is something akin to doing very weird drugs. That delirium is also better when it’s two teams locked in battle, and when those two teams post matching runs in the 14th.

It’s not quite as fun when those teams are bad. Like, say, the Giants and Mets.

It’s fun when the game between those two ends like this. Unless you’re a Mets fan.

Dom Smith didn’t start in left field. Jack Reinheimer did. This is despite the fact that the Mets, who are very much done for the year, want to see what Smith can do for them in the outfield. Smith is only even on the roster because he’s taking the place of Brandon Nimmo, who was placed on the disabled list three days after screwing up his finger.

Smith doesn’t know better. Amed Rosario perhaps shouldn’t have tried to call him off, or should have been much more forceful about it. The Mets probably should have scored more than one run to support Zack Wheeler’s excellent outing, but then again, the lineup included both Reinheimer and Jose Reyes.

Free baseball isn’t free. The Mets aren’t free. You, dear reader, can be free of the Mets if you so choose to be.

Man, baseball just feels better when Robinson Cano is around.

I know, I know. Steroids. But here’s the thing.

Who gives a damn? Entertain me, dammit. Cano is entertaining. This dinger won the game for Seattle, and combined with Oakland’s win over the Rangers, moved the Astros and A’s into a virtual tie for first place.

Speaking of the A’s, I think an underrated aspect of their more recent runs of success is their ability to Cardinals Devil Magic™ their way into pulling useful players out of their asses. For instance:

Ramon Laureano, who you’d probably never heard of before this year, hit the tar out of the ball at Triple-A and now he’s up helping the big team. Cool. Go A’s, man.

You’d be shaking your head if this dude played for St. Louis.

The good news: Kenley Jansen has returned to the mound after a heart scare. We are blessed to have one of the best relievers in the game back in uniform, and he’s blessed that he’s able to still be playing.

The bad news: the Gyork store called, and they delivered some salsa.

Bryse Wilson is on the receiving end here, and he was denied his first big league hit. He’s a pitcher, so he’ll probably have to wait a while longer.

Yes, his name is Bryse.

Start with the Red Sox and Indians at 7:10 p.m. because it’s always a good idea to watch two heavyweights slug it out. Shane Bieber and Nathan Eovaldi are the starters.

Just make sure you leave time to check in on the Twins and White Sox at 8:10, since Michael Kopech will at long last be making his big-league debut for Chicago. Jose Berrios will be going for Minnesota, and he’s plenty of fun too.

Go for the Astros and Mariners for your nightcap. Brad Peacock and Mike Leake will be on the mound.