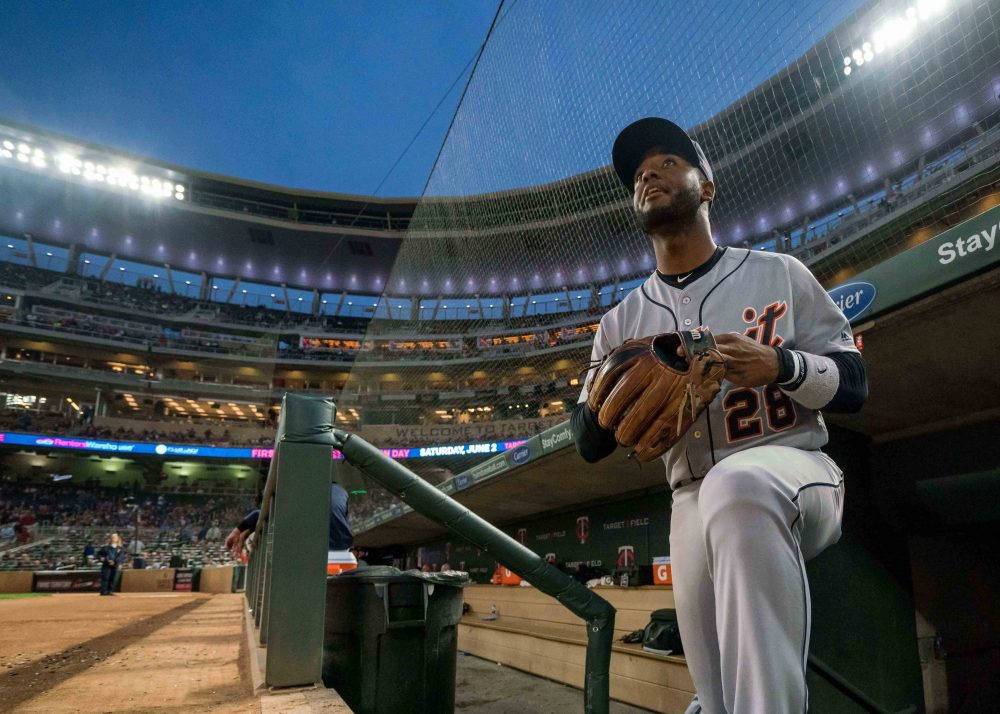 David Ortiz has forever made Twins fans skittish about players leaving to find stardom elsewhere. And it’s tough to blame them. Not only did Ortiz become a folk hero in Boston after exiting Minnesota at age 26, plenty of other ex-Twins have gone on to bigger things, often after being let go for questionable reasons and/or little in return. That background, combined with the Twins’ losing record this season, has many fans wondering why J.T. Chargois, Niko Goodrum, Daniel Palka, Dereck Rodriguez, and Randy Rosario are now playing prominent roles on other MLB teams after being lost for nothing this offseason.

It’s a fair question, so let’s examine them on a case-by-case basis …

Chargois was the Twins’ second-round pick in 2012, with the hope that the hard-throwing college closer could move quickly through the minors, but his elbow had other ideas. He missed all of 2013 and 2014 following Tommy John surgery and then, after rebuilding his prospect stock enough to get into 11 games for the Twins in 2016, another elbow injury knocked Chargois out for nearly all of 2017. He was given a clean bill of health and had a minor-league option remaining, but rather than see if he could bounce back again the Twins waived him in February, and the Dodgers—at the very back of the waiver-wire line—claimed him.

Chargois earned an Opening Day job in the Dodgers’ bullpen, was demoted to Triple-A in late May for about a month, and returned to Los Angeles in early July. Overall, he’s thrown 31 innings for the Dodgers with a 3.45 ERA and 38/14 K/BB ratio, holding opponents to a .221 batting average while averaging 96 mph on his fastball. That’s exactly the type of performance the Twins were once expecting from Chargois—high-end velocity, lots of strikeouts, shaky control, setup-caliber work—even if PECOTA’s projection for 2018 wasn’t very pretty thanks to all of the missed time.

When the Twins waived him, I called it “an odd decision” and “a head-scratcher” in part because of Chargois’ obvious upside and in part because there was no roster-related motivation for it. They could have sent him to the minors, and if they’d taken that approach he’d likely be working the eighth or ninth inning in Minnesota right now. Chargois looked like a potential late-inning reliever when the Twins drafted him, he looked like one again during his 2016 debut, and he looks like one now. With that said, a 3.45 ERA and 2.71 DRA are good rather than great for a reliever in 2018, and he’s a 27-year-old with all of 54 career innings.

Picked out of high school by the Twins in the second round of the 2010 draft, Goodrum spent eight seasons in Minnesota’s minor-league system before finally getting a September call-up last year. He was never considered a top prospect and hit just .265/.309/.425 at Triple-A last season, so the cup of coffee was viewed at least partly as a reward for being a good organizational soldier. Goodrum went 1-for-17, was dropped from the 40-man roster shortly after the season ended, and became a free agent, later signing a minor-league deal with the Tigers that did not include a 40-man roster spot.

Detroit’s full-scale rebuild and Ron Gardenhire‘s familiarity with Goodrum led to him snagging an Opening Day job, and he’s stuck around in a super-utility role. Goodrum’s versatility was the reason given by the Twins for calling him up last year, and he’s started multiple games for the Tigers at second base, third base, shortstop, first base, left field, and right field. He’s shown decent pop with 13 homers and 24 doubles—including five homers and three doubles in 10 games against his former team—but Goodrum’s overall line (.234/.304/.438) is both mediocre  and almost exactly what PECOTA projected (.239/.301/.409).

Goodrum deserves credit. He spent nearly a decade in the minors before getting his first real chance and has taken advantage. However, the Tigers provided an opportunity that simply wasn’t available with the Twins, who were expected to contend and had, among others, Brian Dozier, Miguel Sano, Jorge Polanco, Eduardo Escobar, and Ehire Adrianza ahead of him on the infield depth chart. Goodrum has been the big-league player his track record suggested, with a below-average bat and the ability to play anywhere defensively. That has value, but you can only kick yourself so much over losing a 26-year-old utility man.

While not a top prospect, Palka seemed like a strong return for the Twins when they acquired him from the Diamondbacks for backup catcher Chris Herrmann in November of 2015. He had a big 2016 in the minors, totaling 34 homers to convince the Twins to add him to the 40-man roster, but hit just .274/.329/.431 at Triple-A last season. Dropped from the 40-man roster in November, he was claimed off waivers by the rebuilding White Sox and began this season back at Triple-A. An injury to Avisail Garcia opened the door for Palka in late April, and much like Goodrum in Detroit, he’s taken advantage and stuck around.

Power has always been Palka’s carrying tool, and 18 homers in 87 games has caused Twins fans to take notice. However, his defense has been every bit as bad as expected, and his .238 batting average, .280 on-base percentage, and 104/17 K/BB ratio are all ugly. His overall line (.238/.280/.483) is nearly identical to PECOTA’s projection (.242/.309/.484). Even if the Twins were willing to live with Palka’s defense in an outfield corner, he was stuck behind Eddie Rosario and Max Kepler (and Jake Cave). He would have been an upgrade over Logan Morrison at DH, but that has more to do with Morrison’s collapse than Palka’s emergence.

Palka’s power is for real. He averaged 30 homers per 150 games in the minors and has unleashed some monster blasts for the White Sox, with the exit velocity porn to match. However, he’s also a 26-year-old should-be DH with a .280 OBP, awful strike-zone control, and a Delmonian glove. Overall, he’s been slightly better than a replacement-level DH/LF/RF/1B, albeit in a pretty exciting way. He’d probably be playing regularly for the Twins right now, and may even have forced his way into their 2019 plans. But as far as left-handed sluggers leaving Minnesota go, he’s a whole lot closer to Garrett Jones than Ortiz.

Rodriguez was an outfielder when the Twins drafted him in the sixth round out of high school in 2011, and he was better known for being Hall of Fame catcher Ivan Rodriguez‘s son than for his own prospect stock. He never made it out of rookie-ball as a position player, hitting .216/.279/.336 in 129 games spread over three seasons before the Twins pulled the plug. However, the arm-strength gene was successfully passed down from Pudge to Dereck, so the Twins moved him to the mound in 2014. He made slow, steady progress as a pitcher, first as a reliever and then as a starter, reaching Double-A last season at age 25.

He was decent at Double-A, logging 75 innings with a 3.94 ERA and 62/27 K/BB ratio, but as was the case in the lower minors, Rodriguez didn’t miss many bats and gave up plenty of hits. He left the Twins as a minor-league free agent after the season and later signed a minor-league contract with the Giants that didn’t include a 40-man roster spot. Rotoworld didn’t even give the signing a blurb, and the San Francisco Chronicle wrote during spring training that “he hoped to start the season at Triple-A.” He did just that, posting a 3.40 ERA and 53/11 K/BB ratio with 11 homers allowed in 50 innings when the Giants called him up in late May.

Rodriguez debuted as a mop-up man and then moved into the rotation, where he’s made 12 starts with a 2.32 ERA. If the season ended today he might finish third in the Rookie of the Year voting behind Juan Soto and Ronald Acuna, which would be a helluva story. His secondary numbers—including 65 strikeouts in 80 innings—don’t match his sparkling ERA, and much of Rodriguez’s success can be traced to an unsustainably low .252 batting average on balls in play and avoiding home runs despite a high fly-ball rate. However, his 4.59 DRA is still decent for a rookie starter, particularly one who took up pitching so late. Good hair, too.

Signed by the Twins out of the Dominican Republic in 2010 as a 16-year-old, Rosario mostly struggled as a starter in the low minors and shifted to the bullpen full time in late 2016. Added to the 40-man roster that offseason, he got a surprise call-up in May of last season despite having fewer than 30 career innings above Single-A. He was rocked for eight runs while recording seven outs in two relief appearances, and headed back to the minors, where he posted a mediocre 4.08 ERA and 45/23 K/BB ratio in 57 innings at Double-A. Dropped from the 40-man roster in November, he was claimed off waivers by the Cubs.

Rosario had a sub-2.00 ERA until a rough outing two weeks ago, so Twins fans taking quick glances at box scores or season totals were fooled into thinking he was thriving in Chicago. In reality, Rosario has nearly as many walks (19) as strikeouts (21) in 33 innings for the Cubs, almost all of them in a low-leverage role. He hasn’t missed many bats (21 strikeouts in 142 plate appearances), has struggled against right-handed hitters to the point of being almost unusable (.297/.381/.405 with a 9/10 K/BB ratio), and is currently back at Triple-A for the fourth different time this season.

None of which means Rosario is necessarily without long-term upside. He is, after all, a 24-year-old left-hander with a fastball that averages 94 mph, and that’s more than enough to leave the door open for future success. However, at no point from Single-A all the way up to the majors has he had a better-than-average strikeout rate or walk rate. There will be plenty of time to criticize the Twins for giving up on Rosario if/when he actually starts pitching well in the majors. To do so now is to ignore just about everything except a shiny ERA in 33 innings, which isn’t even all that shiny anymore.

You need to be logged in to comment. Login or Subscribe
Greg Simons
4 Papis for any reliever not named Mariano Rivera seems too high.
Reply to Greg
Aaron Gleeman
No one in the article got four. I'm confused.
Reply to Aaron
newsense
Goodrum has a .262 TAv so it's hard to call him a below-average bat, particularly with the defensive versatility
Reply to newsense
Aaron Gleeman
You're right that he's been exactly average this year, but his minor-league track record suggests that's unlikely to continue. I think any evaluation of Goodrum that goes beyond his 370 PA for the Tigers this season would conclude that he's a below-average hitter.
Reply to Aaron
Jesse Meehl
This article is way too nice. Lol.

To really look at the Twins ineptitude, especially under Terry Ryan and Ron Gardenhire, look at all the guys they let go because they didn't fit "the Twins Way" (AKA a losing/mediocre way) .

Obviously none as big as Ortiz. But still. Some quality names right there. J.J. Hardy is on record saying the Twins turned him into a singles hitter, then traded him because he wasn't a good enough fielder. The next year Hardy hit 30 homers. The year after that he won the gold glove.
Reply to Jesse
Christopher Millard
It seems easy to pick on the Twins for these moves and JT to me is the only one that makes zero sense unless they just didn't like the guy. I wonder if you did this with all other MLB teams would it be the same story? Do the Twins stand out in this manner?
Reply to Christopher
deadheadbrewer
Although he doesn't quite fit the parameters, I'll add Anibal Sanchez, released in spring training before he began costing the Twins some real money. Sanchez has made 17 very decent starts for the Braves this season (2.77 DRA, 2.8 WARP). See you Saturday!
Reply to deadheadbrewer