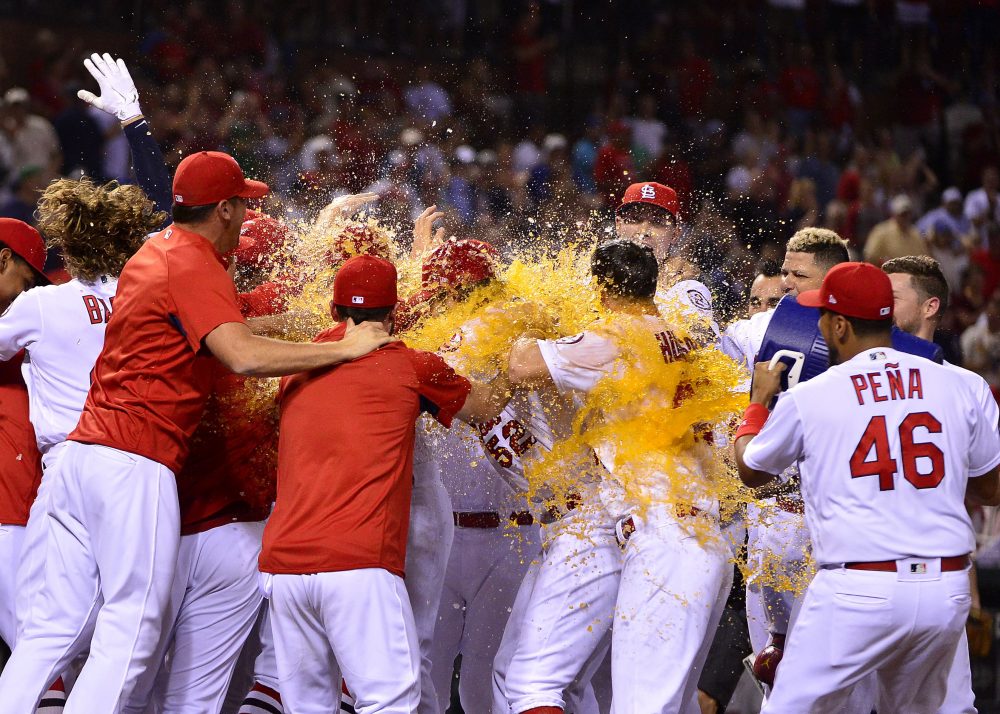 It’s gotta be the salsa.

It’s gotta be the manager.

Would like to take this moment to point out how #Nationals double-switched the reigning NL Player of the Week out of the lineup, did not get more than an inning from the pitcher put in that spot, and oh look what spot in the order is up in the ninth of a game #stlcards could tie.

It’s gotta be something else.

Davey Martinez: “I don’t know what else to do.”

It’s gotta be another hard night for the Nats.

It’s gotta be hard to do all this without Brandon Kintzler and Shawn Kelley.

It’s gotta be hard to find a sliver of hope for the playoffs.

It’s gotta be the Nattitude.

He’s not Juan Soto, and the trip to the DL didn’t help. But it feels like we’ve somehow lost track of how good Ronald Acuña has been. The Braves played a doubleheader, and their newly minted leadoff hitter did some pretty good leading off.

Acuña is just 20 years old. What the heck are you doing with your life?

The best pitcher in New York had his good stuff going.

Jacob deGrom makes it look easy. It seems as if he’s being punished for it by being made to languish with the Mets. The Amazin’s prevailed this time, though. You can thank deGrom, and a bunch of home runs, for that.

Kenley Jansen’s heart condition is no laughing matter. It’s a scary condition, and we all wish him the best. His absence, however, has made the Dodgers’ bullpen issues even more pronounced.

Los Angeles was one out away from a win after eight brilliant innings from Clayton Kershaw. Then it all fell apart. The Dodger bullpen could not record three outs. The Dodgers look vulnerable, especially given the post-game medical news about Brian Dozier (abnormal EKG) and John Axford (fracture). The NL West is a weird place.

Afternoon divisional grudge-match baseball! The Cubs and Brewers play at 2:20 Eastern. Jhoulys Chacin and Jose Quintana will be the starters.

Tune in to Rockies-Astros at 8:10 if you’re in the mood for a dose of Justin Verlander. German Marquez gets the nod for Colorado.

You need to be logged in to comment. Login or Subscribe
Robert Grace
I wonder what Mike Rizzo's personal Panic Index level is right now. He has built a tremendous talent pipeline for the Nationals, but he has also made a series of ham-fisted decisions that have seemed to hurt the team and that weren't called for by circumstance. The trade for Jonathan Papelbon, the decision not to retain Dusty Baker, the jettisoning of two good bullpen pitchers for non-baseball reasons....
Reply to Robert