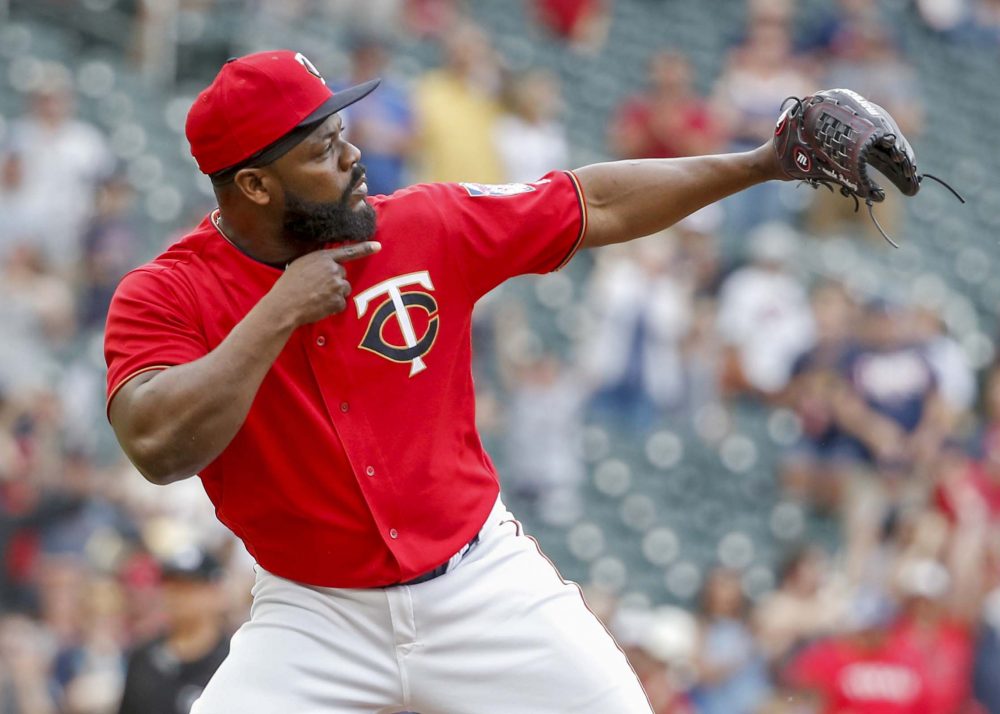 The Fernando Rodney Experience™ was as advertised in Minnesota, with cringe-inducing bouts of wildness and an overall sense of constant danger masking what was a pretty decent performance. Rodney converted 25 of 31 save chances, including 22 of 25 after a rough April, and posted a 3.09 ERA with a 50/19 K/BB ratio in 45 total innings. His velocity remains elite at age 41, with an average fastball clocking in at 95.2 mph, and his swing-and-miss changeup remains one of the best in baseball. He allowed just seven extra-base hits in 192 plate appearances, holding opponents to a .349 slugging percentage.

Oakland has one of the game’s best closers in Blake Treinen, and the A’s also added former Mets closer Jeurys Familia at the trade deadline. Even if manager Bob Melvin gives Rodney some extra credit for his veteran-ness, he doesn’t figure to be higher than third or fourth in the hierarchy of what is suddenly a very deep bullpen. Rodney has spent most of the past decade as a closer, saving at least 25 games in seven seasons, and his worst years have tended to come in non-closer roles. That certainly doesn’t mean he’s incapable of thriving as a setup man, but Rodney does seem to enjoy the predictable usage and clean innings that come from ninth-inning duties. Plus, shooting arrows after getting the last out of the seventh inning just isn’t quite as dramatic.

Minnesota traded away five veteran players at the deadline, including relievers Ryan Pressly and Zach Duke, but the Twins held onto Rodney and the front office indicated that they planned to pick up his $4.25 million option for 2019. That option, or a $250,000 buyout, is now Oakland’s, so in theory Rodney could be more than just a two-month rental. If he takes well to middle-relief work, Rodney’s ability to wriggle out of jams with a key strikeout against righties and lefties could certainly come in handy for the A’s, and while he seems somewhat superfluous given their other bullpen options, the price tag was minimal. —Aaron Gleeman

Minnesota rebuilt its bullpen this offseason, signing Fernando Rodney, Addison Reed, and Zach Duke. Rodney and Duke—and Ryan Pressly, too—have now been traded to AL West contenders and Reed has struggled while dealing with some arm problems, making it clear that the Twins will require another bullpen overhaul this offseason. There are some intriguing in-house options, led by Trevor Hildenberger, Trevor May, Taylor Rogers, Gabriel Moya, Matt Magill, Tyler Duffey, and Alan Busenitz, but expecting to build much more than a solid middle-relief corps from that group in 2019 is probably wishful thinking.

Expecting a 42-year-old Rodney to remain a palatable closer option in 2019 might also be wishful thinking, so it’s easy to see why the Twins were willing to move on for relatively little in return despite getting solid value from him on a one-year, $4.5 million deal signed in December. Derek Falvey and Thad Levine have raised the water level of the Twins’ rotation since taking over as the front office duo two years ago, but the bullpen has been a major weakness this season and will require plenty of attention this winter. —Aaron Gleeman

Dakota Chalmers netted $1.2 million from the Athletics as a prep third-rounder in 2015, and things have been mostly downhill from there. He reached full-season ball in 2017, but left the team that May for personal reasons, and didn’t return for the remainder of the year. He made just two appearances this season at Low-A before undergoing Tommy John surgery, likely knocking him out until mid-2019. When he’s been on the mound, the thing Chalmers has done best is miss: he missed bats at a 36 percent clip, but he also missed the plate, posting a 22 percent walk rate. The stuff is obviously viable, but he needs to find a way to control it, and now he’ll be doing it with a reconstructed elbow. Chalmers is long on talent and potential, but he’s also a long way from reaching it. —Craig Goldstein