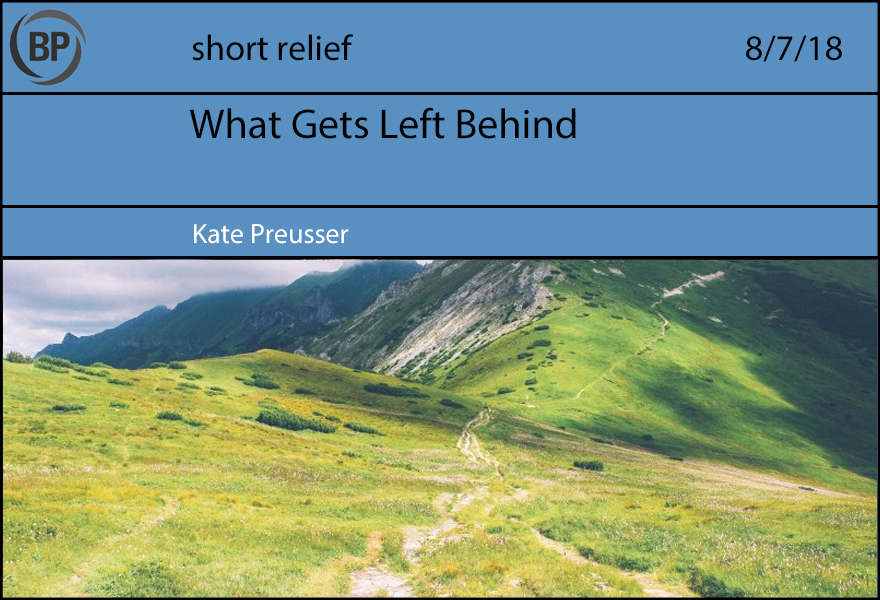 The old hiker’s adage “take only memories, leave only footprints” is a nice idea in principle, albeit impossible in practice. We are constantly leaving pieces of us behind: flakes of skin, errant hairs, clothing fibers, all things ready to leap overboard at the slightest bit of contact. “Every contact leaves a trace,” states Locard’s Exchange Principle, which you probably recognize from current mystery shows where white-coated lab techs catch a killer on a microscope slide, or from older mystery shows where a pair of half-smoked Gauloises can pinpoint not only the who, but also the when, where, and how. Simply stepping into a space is a confession; we cannot be in a place without touching it and having it touch us back. While writing this I have discovered a small splinter lodged in the arch of my foot. I could leave the country, sail halfway around the world, and this tiny piece of salt-stained cedar could still pinpoint me to a deck overlooking Puget Sound.

Post trade-deadline, many players are coming into contact with their new teams for the first time. The trade deadline re-starts a lot of clubs, and the language we hear around this time reflects that: players tweet appreciation to their old clubs, and how they can’t wait to get started with their new clubs. Twitter avatars are changed. Recommendations for the new cities are solicited. A clear break is made between the old and the new.

Everything at the trade deadline points forward, and there is no player who benefits more from this than the player who has fallen out of favor with his former club. The Mets unloaded Jeurys Familia and his DV history to Oakland, a city with a notably shorter memory; the A’s also picked up glove-throwing Shawn Kelley from a Nationals clubhouse where he was deemed “in the way.” Similarly temper-tantruming reliever Ken Giles was also shipped out of Houston, in exchange for the player who just completed serving the third-longest suspension for domestic violence in MLB history. The Astros want to sell us a story of redemption and second chances, to suggest that their clubhouse culture is so strong it can neutralize contact with Roberto Osuna.

But no press release can break the old from the new. Morally and logically, this is the step clubs must take: to decry the behavior and emphasize the importance of making a fresh start, to suggest that what happened before was at least partially a function of the clubhouse environment, and to emphasize that the player is being brought into something bigger than himself. But to emphasize clubhouse culture as a panacea to bad behavior is to deny the heart of Locard’s principle: environments and the people within them interact with each other, not unidirectionally. There is no break between the old and the new; that’s not how time, as a linear function but also a recursive and multilayered one, works. And try as I might, I just can’t get this damn sliver out. 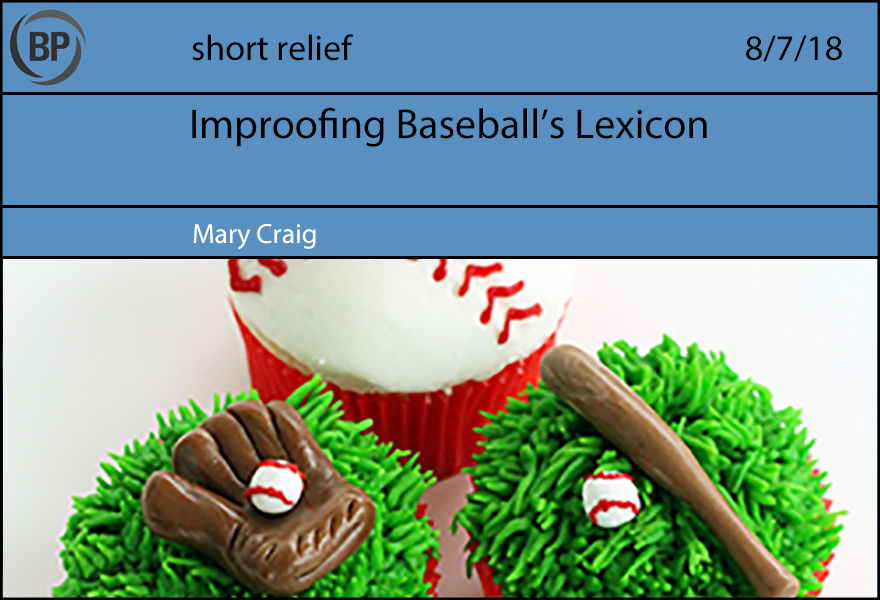 One of the fascinating yet frustrating things about baseball is its unceasing expansion of terminology. It turns simple concepts into delightful jokes for those well acquainted with the sport, while those new to it find themselves struggling to understand the basics. In this way, baseball is similar to baking. Making a loaf of bread is fairly simple; learning the names of the various processes involved is complex.

Would translating baking terminology into baseball terminology make learning either any easier? No! But it might be fun, so I did it anyway.

Baking: To Incorporate air into a substance to make it lighter and more voluminous

Baseball: To throw the ball well over the intended target’s head

Baking: The pre-development of gluten achieved by mixing together small amounts of flour and water and letting it rest before incorporating other ingredients

Baseball: The process of salary arbitration

Baking: An oval or oblong shaped loaf of bread

Baseball: What you call an umpire after a bad call in order to avoid getting ejected

Baking: The time in which a bread is allowed to relax and rise after being shaped and before being baked

Baseball: A high-paid, underperforming player on a “small-market” team that ownership insists on playing in order to not look foolish for giving them such a contract. OR José Reyes on the Mets

Baking: A cylindrical utensil used to poke holes in dough to prevent rising

Baseball: A close play that is scored a hit and later changed to an error

Baking: A mixture of two or more liquids that are usually unblendable

Baseball: A Rockies pitching staff that has the lowest ERA in the majors

Baking: The appearance of a dough just prior to being fully incorporated

Baseball: The point in free agency when multiple teams court a single player

Baking: Whipping egg whites until lifting up the whisk reveals peaks that tilt over

Baseball: When a consistent batter hits slightly better for several weeks than their career average