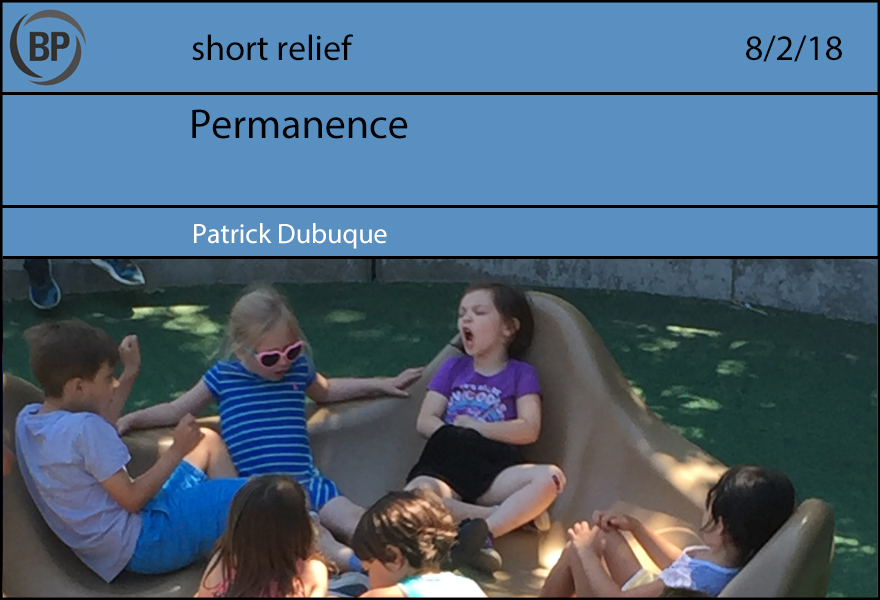 If the motion of time crests and recedes, raising some to greatness while obscuring the greatness of others like the second deadball era did to Jimmy Wynn, then I was born at the right time in terms of photography. I’ll admit it: I am awful when it comes to taking pictures. I have no eye for it, no feel, and once I disappear behind the lens to make sure I’m pointed in the correct direction, I rip myself completely out of the scene I’m trying to capture. I adjust for my lack of quality with an excess of quantity, snapping random “candid” photographs in hopes that I’ll get a good one by accident, the way I hope my children will somehow put their shoes on the correct feet. It does not happen.

There are a million ways our lives are unimaginably different from when we were children, from the reference computer in our hands to the inability to let children out of sight for a moment to a complete dissociation between people and government, but an underrated one is that we can take pictures whenever the hell we want. My own childhood converts quickly from a couple yellowed albums of questionably adorable baby antics to a few broad, sunlit smiles playing in the yard, to an annual collection of school pictures. I don’t blame my parents for this, of course. Film was expensive, and children don’t tend to change all that much on a day-to-day basis.

In the meantime, I have a pictorial history of both of my children so extensive that it requires no small part of my wife’s time away from our children to catalogue the time we spend with them. And they include so many like the one above, taken by me at one of her friend’s birthday parties at a local park, riding in a merry-go-round and growling random words at no one for no discernible reason. Why did I take this picture? Why did I keep it? Why do we need to hold so much?

Sometimes I wonder if the evidence is more valuable than the cloudy memories they replace. Are we better off knowing ourselves to such exactitude or better off with vague feeling? Perhaps I’ve stumbled across a happy medium, a collage of images that don’t quite make sense, art by accident.

I am not overly a hoarder of things. I am a hoarder of information, of photographs and untagged mp3 files downloaded in college and short stories that would make me cringe if I dared re-read them. My memory was never strong, and now that I have children to treasure and to be kept awake by, it’s even weaker, and so I cling to everything, my trail of breadcrumbs through life. I will never forget that birthday party, even though it was incredibly average. I will never forget how dumb I was in my twenties.

With all that said, even I cannot fathom why this exists:

People devoted their time and energy to record, document, and store Leonys Martin’s first hit as a Cleveland Indian, locked it in some server along with every other moment in 2018 baseball history, permanent and accessible. The watercolor paintings of seasons past, the Roger Angell recaps with so much space left between to fill, are a thing of the past. Modern baseball is exact. We will never be able to forget. We will never be allowed. 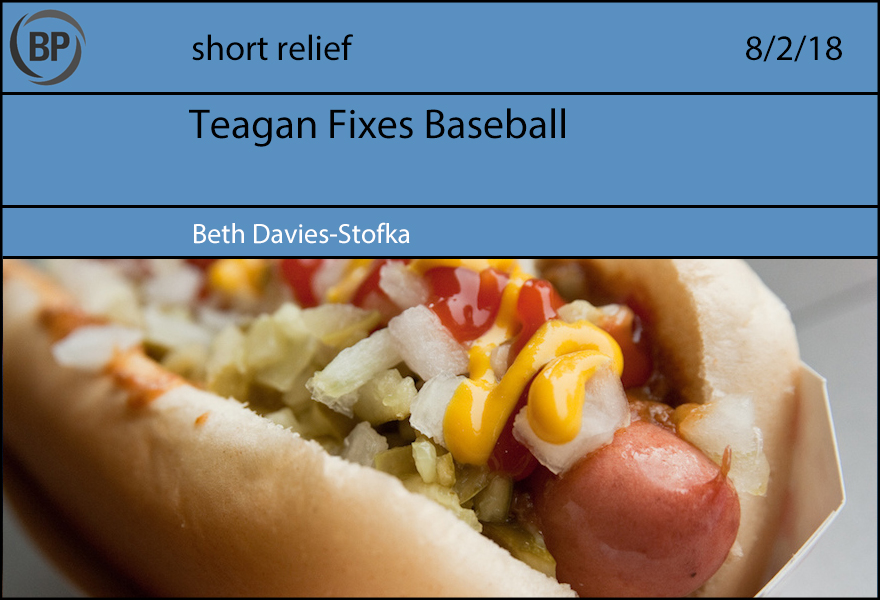 Teagan Herbert-Davies, my 12-year-old niece from Newcastle-upon-Tyne, is visiting the United States for the first time since she was a toddler. Sunday, we took her to a baseball game. Mindful of the Commissioner’s desire to attract a younger demographic, I asked Teagan for some advice. How could baseball be more interesting to the younger set? What follows is a digest of our conversation.

Auntie Beth: What did you like best about the day on Sunday?

AB: What about the shopping?

Teagan: The shopping was cool.

AB: Did you have a good time?

Teagan: Yeah. It was cool.

AB: Is there anything that would have made it better?

Teagan: Yeah. I wanted a better view of the game. I couldn’t see the ball very well.

[Note: we were sitting in the 26th row up from the visitor’s dugout.]

AB: Do you mean you wanted to sit closer? Or do you think it should be a bigger ball?

Teagan: The ball should be a lot bigger, like two feet in diameter. Then everyone would be running away from it as well as trying to catch it and that would be more fun. Plus, they’d all have to wear protective gear since the ball would be so big. They’d all look like the marshmallow man in Ghostbusters.

AB: How is this not just a great new version of football?

AB: You told me on Sunday that they should have played the whole walkup song for every batter. Wouldn’t that make the game last too long?

Teagan: They should play the whole song because the songs are good. And then the play has to be completed before the song finishes, so then you’d have a bunch of marshmallow men running around the bases to “Party in the U.S.A.” To get an advantage, everyone would start picking really long songs, so then you’d have marshmallow men running around to energetic, fast versions of symphonies and other modernized classical music.

AB: How is a guy going to pitch a 2-ft. diameter ball?

Teagan: The pitcher has a catapult. He has to be really heavy with lots of muscle mass and lots of fat but very agile. He loads the ball in the catapult which is like a really big spoon. He has to jump on and roll the ball up the ramp. Since it’s a really narrow ramp the ball will fall off. He gets three tries to get the ball into the catapult, and if he fails then he’s out. Then someone else has to pitch.

There’s no backstop because it’s too dangerous, so instead there’s a pit behind the plate and the ball has to land in it, so the pitcher has to angle the catapult just the right way. The explosives are fixed at the end of the bat and they get triggered when the ball hits the button, so the batter has to hit the ball just the right way. That means the game demands a lot of technical precision on both sides, and that’s very equal.

AB: This sounds like a really fun game, but it would take a long time to play it. Maybe three days, like cricket.

Teagan: It should take a long time, so there’s more time for food. There should be as many innings as it takes for a team to reach 10 runs. Then next inning would be the last inning so the team behind has a chance to catch up. If the teams are really good or really bad, it would take a long time to reach 10 runs, so there are tents available for naps. Also, parks have to be built right by the airport in case you have to leave. There should be a TV on the back of the seat in front of you. And a gym so you’re not sitting for three days. Tickets would be priced by the predicted time of game, say, one-day tickets, two-day tickets, and three-day tickets.

AB: Is there anything else they should do?

Teagan: In the outfield, at the very edges, they should build hills or ramps so that animals like cats and squirrels that wander in can get out again. Balls hit really far would land on the other side of the ramps for home runs.

Although the really rich players would be taxed more since they don’t need as much money.

AB: If we hadn’t taken you to the game, is there something you’d rather have done?

Teagan: I’m glad I went, because I had nice brownies and a good hot dog.