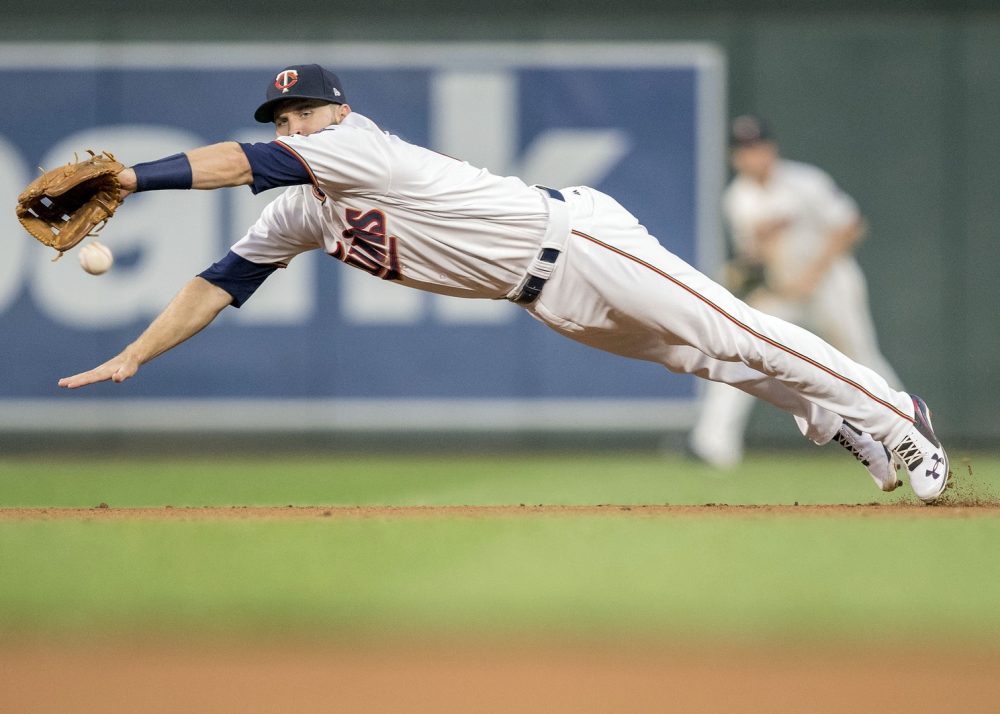 Two offseasons ago, rumors swirled for months about the Twins trading Brian Dozier to the Dodgers. Dozier was coming off a breakout season in which he hit .268/.340/.546 while setting the American League record for homers by a second baseman with 42. He had two seasons of inexpensive team control remaining, which made it obvious why the Dodgers were interested. Minnesota had just lost 103 games and cleaned house in the front office, which explained why the Twins’ new regime was shopping the 30-year-old right away.

The deal never happened, as the Dodgers balked at the Twins’ request for multiple well-regarded prospects and the Twins turned down the Dodgers’ offer of right-hander Jose De Leon. Once the Dodgers realized that getting Dozier for De Leon wasn’t going to happen, they quickly moved to their fallback option at second base, trading De Leon to the Rays for Logan Forsythe. Two years later Dozier is headed to Los Angeles after all, with Forsythe—who hit .218/.325/.314 in 189 games for the Dodgers—going back to Minnesota mostly just to balance the salaries for luxury tax purposes.

Minnesota’s decision not to trade Dozier back then initially looked very smart. De Leon spent much of last season on the disabled list and then blew out his elbow this spring, undergoing surgery. Dozier hit .271/.359/.498 with 34 homers in a very good follow-up season to help lead the Twins to a massive 26-game improvement and the playoffs. This season, however, Dozier has collapsed, hitting .224/.305/.402 overall, .201/.261/.350 with runners in scoring position, and .171/.256/.286 “close and late.” He has the worst Win Probability Added on the team and is on pace for less than half of last year’s WARP total.

At the beginning of this season, with Dozier an impending free agent, much was made in Minnesota about the Twins not approaching him with an extension offer. They never had any real interest in keeping Dozier beyond this season and were counting on getting draft pick compensation once he signed elsewhere. That plan hit a snag because of how poorly Dozier has played, which made his turning down a one-year, $18 million qualifying offer no sure thing. Without the qualifying offer, there is no built-in compensation for losing Dozier, and without compensation for losing Dozier … well, that’s why he’s now in Los Angeles.

No shortage of veteran infielders changed hands this month, as team after team that had been linked to Dozier chose other options. Multiple national reports had the Brewers interested in Dozier, but instead they traded for Mike Moustakas and Jonathan Schoop and moved Travis Shaw away from third base. Clearly there just wasn’t significant interest in Dozier, who was ultimately moved for a very modest return and to a team that may not even have an everyday role for him. Over the past three seasons Dozier has hit .292/.379/.560 versus lefties compared to .248/.328/.471 versus righties, so a quasi-platoon role might make the most sense for the next two months.

It’s unfortunate that Dozier leaves Minnesota on such a low note, because his transformation as a player was one of the most remarkable in Twins history. He didn’t get above Single-A until midway through his age-24 season, didn’t become a regular in the majors until age 26, and hit a grand total of 16 homers in 1,613 plate appearances as a minor leaguer. And then he became one of the most prolific power-hitting second basemen in MLB history. If you wanted to sum up Dozier’s impact on the Twins with one stat, their single-season leaderboard for homers by second basemen does the trick.

It was a helluva run. —Aaron Gleeman

Luke Raley is the kind of college performer Los Angeles has done well scouting and drafting and subsequently flipping for big-league talent in recent years. He pulverized DII pitching in college, and following an adjustment period in the Midwest League after signing, he turned right around last year to do the same to California League hurlers. He’s a versatile prospect, insofar as he’s capable of providing at least marginal defense at first base, with enough arm and athleticism to do the same in either corner outfield spot. It’s a bat-first bench profile, and one who lifts and drives the ball well enough to threaten 25-man rosters for a long while if the hit tool holds up against the best pitching. (For more on Raley, check out Kevin Carter’s scouting report from earlier this month.)

A pediatric cancer-surviving former fifth-rounder, Devin Smeltzer is a funky lefty who leans on deception and a couple of decent secondary pitches to get around the barrels he can’t necessarily beat. The delivery is closed off, with a deep arm action and late turn combining to shrink the pickup window for hitters. He comes downhill with some spine tilt and wobble, and combined with a lower slot with ample extension, his command profile leaves something to be desired. The fastball will straddle 90 mph, but unlike most heaters coming out of that kind of slot it lacks for a ton of movement. That’s proven a problematic combination against more advanced right-handed hitters, who have had no trouble elevating him this season and driving balls out of the yard. A slider with loads of horizontal sweep looks like his best big-league ticket, as a LOOGY/middle relief niche appears his most likely path to value. –Wilson Karaman

You need to be logged in to comment. Login or Subscribe
deadheadbrewer
This Minnesotan is sorry to see the Dozier era end with a whimper. I had hoped it would end with some September/October heroics this season, or at least with a trade for a "real" prospect. [sigh.] So goes the life of a Twins fan . . .
Reply to deadheadbrewer