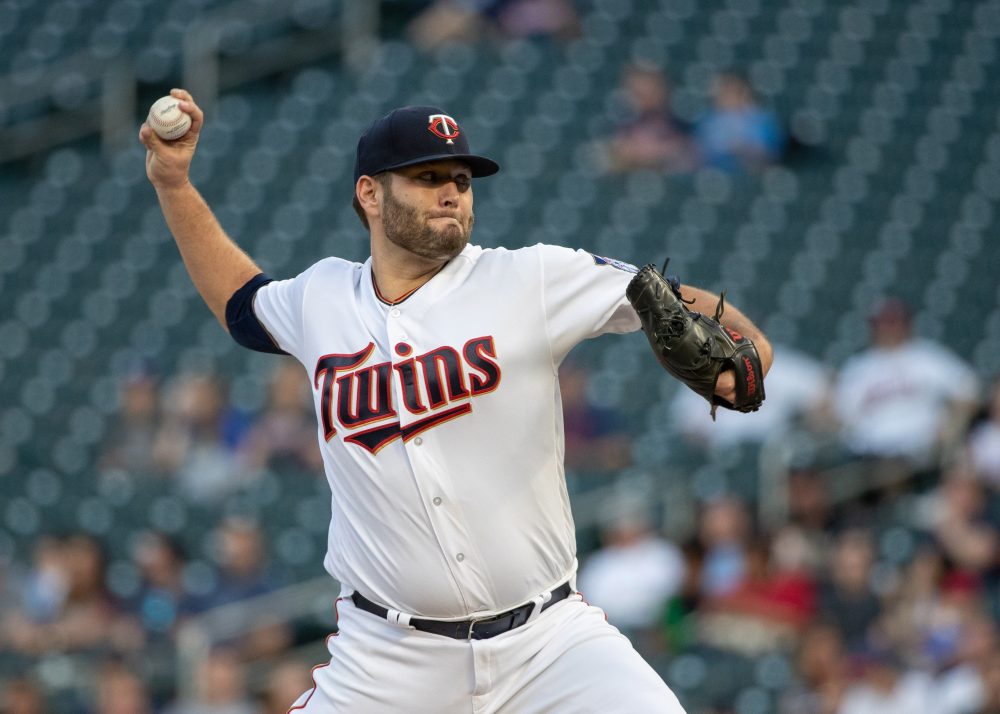 Like many free agents this offseason, Lance Lynn found his market lacking, settling for a one-year, $12 million deal with the Twins a couple weeks into spring training despite being a 31-year-old starter with a 3.38 ERA in nearly 1,000 career innings. Lynn turned down a two-year offer from the Twins, and perhaps some other teams as well, feeling that he was better off jumping right back into the free agent pool in the hopes of finding a more typical market for veteran starters. Minnesota was happy to add Lynn without making a multi-year commitment, although they did have to give up a third-round pick to do so.

Lynn’s time with the Twins ended up being even shorter than expected. He pitched horribly right away, and had trouble simply throwing the ball over the plate, posting an 8.37 ERA in five April starts while issuing 23 walks in 24 innings. He pitched reasonably well after that, starting 15 games with a 4.12 ERA and 79/39 K/BB ratio in 79 innings after May 1, but even that was beneath his pre-2018 standards and included far too many laborious, walk-filled outings in which he struggled just to complete five innings. Now he’s headed to the Yankees, with the Twins paying about half of the $4 million or so remaining on his contract.

If you’re feeling charitable and willing to set aside Lynn’s awful April—maybe an abbreviated spring training hurt him, maybe switching leagues freaked him out, maybe … who knows?—this is how his numbers from May 1 on compare to what he did for the Cardinals in 2017:

I’m not here to tell you that Lynn has pitched well since May 1, because I’ve suffered through too many of his starts to push that spin on anyone. However, he’s looked close enough to the pre-2018 version that it’s easy to why the Yankees think he’s worth a low-cost flier. His average fastball velocity is actually up slightly compared to last season, which makes sense given that 2017 was his first year back from Tommy John surgery. He’s inducing more ground balls too, and his strikeout and walk rates have barely budged. The biggest difference has been a 70-point jump in batting average on balls in play, which can be attributed to some combination of his being extremely fortunate in that department last season, the Twins’ defense being terrible, and his giving up more hard-hit balls.

One constant with Lynn because of his lack of decent secondary pitches has been struggles versus left-handed hitters. For his career, Lynn has held righties to a .234 batting average and .634 OPS, compared to a .260 AVG and .791 OPS by lefties. This season’s splits have been similar (.719 OPS vs. righties, .870 OPS vs. lefties), and Yankee Stadium doesn’t figure to help that problem any. Of course, if the Yankees don’t actually plan to use Lynn as a starter—and certainly don’t plan to use him for much of anything come October—then his being easily exploited by lineups stacked with lefties is less of an issue.

New York has Luis Severino, Masahiro Tanaka, CC Sabathia, Sonny Gray, and the newly acquired J.A. Happ ahead of Lynn on the rotation depth, leaving him as the sixth starter. That’s also known as “in the bullpen,” where Lynn does have some previous experience way back in 2011. Relief work would allow manager Aaron Boone to avoid using Lynn against patches of lefty sluggers, and it could allow his velocity to play up even further while making his lack of off-speed weapons less of a factor. Even in that scenario, the Yankees’ bullpen is already the most stacked in baseball, leaving Lynn looking like little more than insurance regardless of his role. —Aaron Gleeman

And Tyler Austin is still waiting for a shot to be a big-league regular.

The road’s been pretty winding from here to there for the right-handed slugger. After dominating A-ball in 2011 and 2012, and establishing himself as a rising top prospect, Austin suffered a bad wrist injury in 2013 that lingered for more than three seasons. He missed dozens of games each season, and worse, didn’t hit much when he played, pushing himself down to non-prospect status. He even was outrighted from the 40-man roster late in 2015, clearing waivers without a claim despite having minor-league options remaining.

After finally hitting again in 2016, Austin got called up in August into the vacant roster spot of the retiring Alex Rodriguez. Since then, the Yankees have mostly used Austin as an up-and-down fill-in when their better plans at first base or designated hitter have gone awry. He’s continued to put up big numbers for the International League in his Triple-A stints, and he’s consistently hit for power if not average when in the bigs.

At 26, he’s running out of time to get the clean break for a job that he probably deserves, and at some point it might behoove him to pick back up the outfielder’s glove he largely discarded a few years ago. Yet with Logan Morrison continuing to mightily struggle and Joe Mauer a free agent following the season, Minnesota could be his land of opportunity. Hey, it’s worked for Jake Cave. —Jarrett Seidler