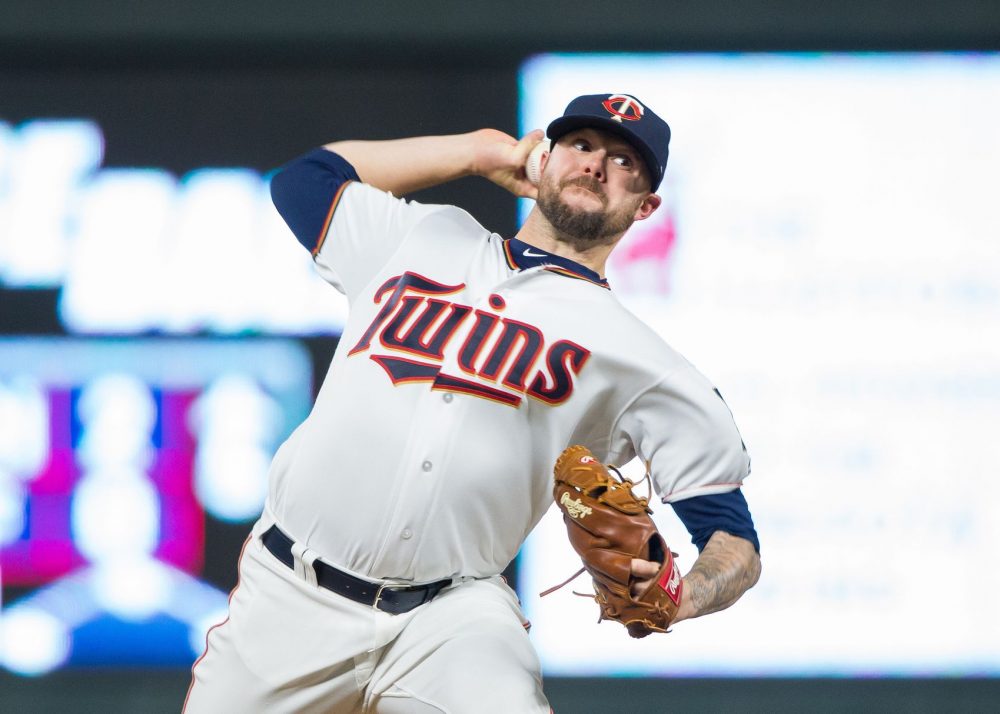 Last week in this space, Matthew Trueblood wrote about how several of our advanced metrics show Ryan Pressly as one of the most underrated relievers in baseball, and predicted that smart front offices would try to pry the 29-year-old right-hander away from the Twins before the trade deadline. Pressly’s surface-level numbers this season are plenty good on their own—3.40 ERA, 69/19 K/BB ratio in 48 innings—but his 1.79 Deserved Run Average really stands out and his spin rate is the second-highest in baseball.

Sure enough, he’s now headed to the Astros, whose undeniably smart front office spends most of their time collecting high-spin-rate pitchers and shining their World Series rings. Minnesota was well aware of Pressly’s value and breakout potential—Twins director of baseball operations Daniel Adler even quoted the setup man’s spin rate when he was a guest on my podcast—but they decided a pair of solid prospects for a reliever with just one more season of team control remaining was a deal worth making anyway.

And two good-but-not-elite prospects for 1.5 seasons of a late-inning reliever is exactly the type of swap a playoff-bound team and a below-.500 team should be making. It’s a risk for the Twins, particularly considering they expect to bounce back to contend next season and their bullpen was a weakness even with Pressly making an MLB-high 51 appearances in 101 games, but they believe the prospect haul and the presence of several MLB-ready relievers in the high minors justifies the potential short-term downside.

Pressly joins an Astros bullpen that leads baseball in DRA and ranks second in ERA, and two of the only four individual relievers with a better DRA than Pressly are his new teammates Hector Rondon and Will Harris. However, the Astros are in the middle of the pack in bullpen Win Probability Added, and justified or not there’s certainly been a sense that their relief corps could use a bit more help, particularly after they demoted closer Ken Giles to Triple-A two weeks ago.

Pressly has overpowering raw stuff, with a mid-90s fastball and two plus breaking balls combining to strike out one-third of the batters he’s faced this season, and he should benefit from a lighter workload after being ridden very hard by Paul Molitor. He figures to work the middle innings initially, but it wouldn’t be surprising to see Pressly in a high-leverage role come October. In other words, the former Rule 5 pick may not be underrated for much longer.

When the Astros handed over $2.5 million to sign a 16-year-old Gilberto Celestino out of the Dominican Republic in 2015, they did so due in large part to his polished defensive profile, feel for the game, and extensive international experience. In his first taste of short-season ball this year at age 19, facing pitchers mostly two or three years older than him, Celestino has shown a quality approach at the plate, improved bat speed, and the type of offensive profile that makes him an extremely enticing prospect.

With his shorter swing and quality approach, scouts who have seen Celestino this year continue to suggest he looks more and more like an above-average hitter down the line. He’s continuing to gain strength as he reaches physical maturity, leading to him driving the ball more consistently on the way to a .317/.383/.476 line with 12 extra-base hits in 33 games. He’s also 14-for-14 stealing bases.

Celestino continues to show outstanding defensive skills, including tremendous instincts that allow him to read the ball quickly off the bat, break quickly in any direction, and track down balls in all parts of center field. His above-average speed plays up in the outfield because of those instincts, and he projects as at least a plus defender with an average arm at his peak. All told, Celestino has a chance to be a quality hitter with premium defense at an up-the-middle position, making him a potential everyday player on a contending club. —Mark Anderson

Jorge Alcala has one elite carrying tool in his fastball, which has hit 100 mph regularly with life. Alcala uses his athleticism and flexibility in a rotational delivery that utilizes core tension to generate elite arm speed, racking up 267 strikeouts in 277 pro innings, including 82 whiffs in 79 innings this season between High-A and Double-A.

Unfortunately, the 22-year-old right-hander’s two different breaking balls are still inconsistent, fringy offerings, and his changeup flashes below average. That fact, along with below-average command, will likely lead to an eventual full-time switch to the bullpen, where his fastball quality should allow him to reach his most likely role as a setup arm. There is potential there for an elite bullpen arm if he’s able to improve one of his off-speed pitches. —Kevin Carter