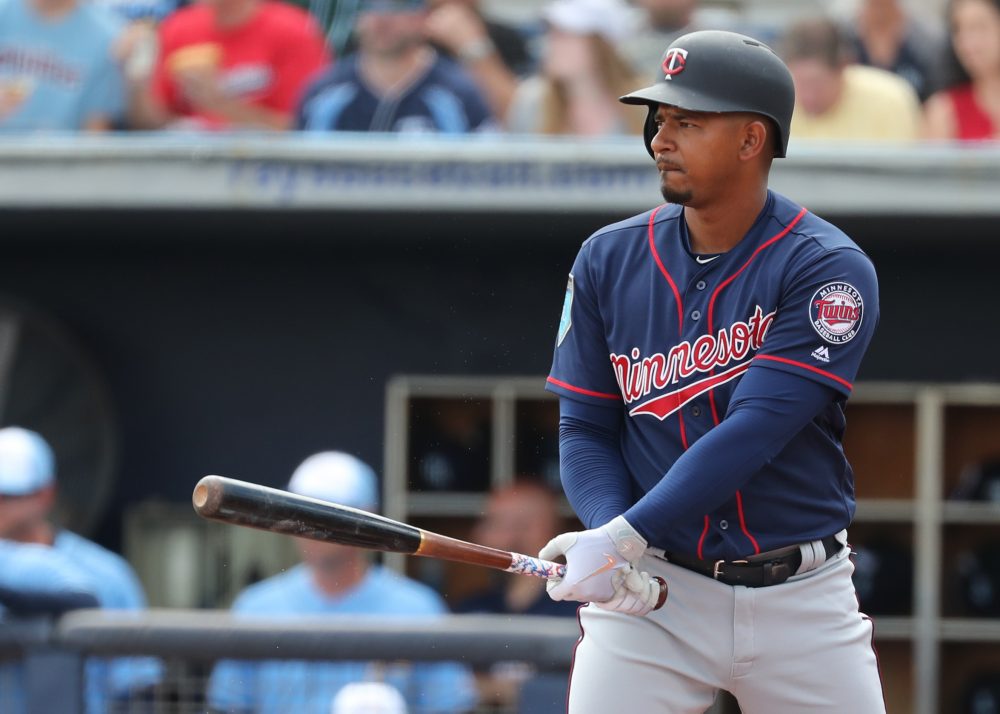 One day short of six years ago—July 28, 2012, to be exact—the Twins traded impending free agent Francisco Liriano to the White Sox for minor leaguers Eduardo Escobar and Pedro Hernandez. Neither player was considered much more than a marginal prospect at the time and Twins general manager Terry Ryan defended the seemingly underwhelming return by saying: “We didn’t want to be left with nothing.” It ended up being one of the better trades in recent Twins history, although it took quite a while for two different front office regimes and two different managers to fully realize what they had in Escobar.

Hernandez proved to be a replacement-level soft-tossing lefty, quickly washing out of the majors, but Escobar stuck in Minnesota, first because of his glove and then because he simply refused to abide by the Twins’ annual plan to treat him as a part-time player and fallback option. He was rarely the Twins’ first choice, being relegated to the bench over the years in favor of, among others, Pedro Florimon, Danny Santana, Eduardo Nunez, Jorge Polanco, and Ehire Adrianza. And yet by the end of nearly every season, he was their best choice, playing his way into a starting role only to be slated for backup duties again the next spring.

Even this season, after watching Escobar thrive down the stretch as the starting third baseman last year in place of the injured Miguel Sano, the Twins had him ticketed for the bench until Polanco’s spring training suspension. That opened the door for Escobar to join the starting lineup again, much earlier than usual this time, and he’s responded with a career-year at age 29 and with free agency around the corner. In fact, dating back to last August, when Escobar stepped in for Sano at third base, he’s batted .270/.327/.517 with 25 homers and 76 total extra-base hits in 137 games.

Escobar’s transformation has been a remarkable one, but it followed a now-familiar script: a swing change geared toward more fly balls and more power. And it worked, even for a 5-foot-10 sparkplug with a career .360 slugging percentage in the minors, as he moved up one rung on the launch-angle ladder each season since 2015.

Escobar arrived in Minnesota as a good-glove, no-hit utility infielder and leaves as a slugging third baseman, although the Diamondbacks figure to move him around the infield. Arizona’s primary starters at third base (Jake Lamb, .222/.307/.348), second base (Ketel Marte, .246/.316/.422), and shortstop (Nick Ahmed, .234/.287/.437) have each struggled this season—and Lamb is now on the disabled list—so they smartly went out and acquired a switch-hitter with power who has experience playing all three infield spots. They also get a clubhouse and fan favorite in the charismatic, energetic Escobar, who no longer has to worry about draft pick compensation weighing down his free agency this offseason.

Once a slick-fielding shortstop, Escobar’s range has diminished to the point that he’s stretched there if used for more than spot duty. He’s solidly above average and occasionally spectacular at third base, and a capable second baseman who rarely saw action there because of Brian Dozier‘s presence. Escobar even has some experience as a corner outfielder, although that was during the days when the Twins weren’t sure what they wanted to do with him. He gives Arizona another impact bat alongside Paul Goldschmidt, A.J. Pollock, and David Peralta, and gives manager Torey Lovullo the flexibility to mix and match in an effort to get increased production from the infield.

It’s hard to imagine a better fit for the Diamondbacks, who still have plenty of prospect ammo should they want to make another deadline deal. For the Twins, the choice came down to this trio of low-minors prospects with decent upside versus the potential for a second-round draft pick if Escobar turned down a qualifying offer to sign elsewhere. At the very least, the return for Escobar is a reasonable one within that context. It’s also possible that Minnesota will make a run at re-signing him on the open market, particularly if Sano struggles defensively at third base down the stretch in his place, although Escobar will likely have plenty of multi-year offers from which to choose. —Aaron Gleeman

The Diamondbacks are making a habit of trading from the lack of depth in their system for well-above-average hitters in the last couple years. This isn’t quite the heist that J.D. Martinez was for the Snakes last year, but snagging a multi-positional player like Escobar for the likes of Gabriel Maciel, Jhoan Duran, and Ernie De La Trinidad isn’t likely to come back to bite them, especially as they retained names like Daulton Varsho and Jon Duplantier, among others.

Maciel is a switch-hitter who boasts plus-plus speed and has a knack for contact. He should continue to hit for solid batting averages and complements his offensive profile with a strong approach at the dish. What he has in speed he lacks in power, however, and profiles as a leadoff hitter if it all clicks. He’s a strong glove in center field thanks to his speed and should have no problem sticking there all the way up the chain. Maciel was our “Friends in Low Places” in the Diamondbacks’ top 10 list coming into the season.

Duran is likely a future reliever with strong stuff and a fast arm, peppering batters with a mid-to-upper-90s fastball that he supplements with a splitter and a slider, with the split being the better of the two. Signed out of the Dominican Republic as a 16-year-old, he’s started 15 games at Low-A this season with a 4.73 ERA and 71/28 K/BB ratio in 65 innings.

Beyond being a great name, Ernie De La Trinidad projects mostly as a useful player who has a likely outcome as an up-and-down guy, already 22 years old at Low-A after being a 19th-round pick out of UNLV in 2017. He’s listed at 5-foot-9, 165 pounds and walks almost as much as he strikes out. He’s a hit tool-first player with a sound swing, but a left field defensive profile. He could max out as a fourth-outfield type, and while there’s a lot working against him in terms of profile; hitters hit. —Craig Goldstein