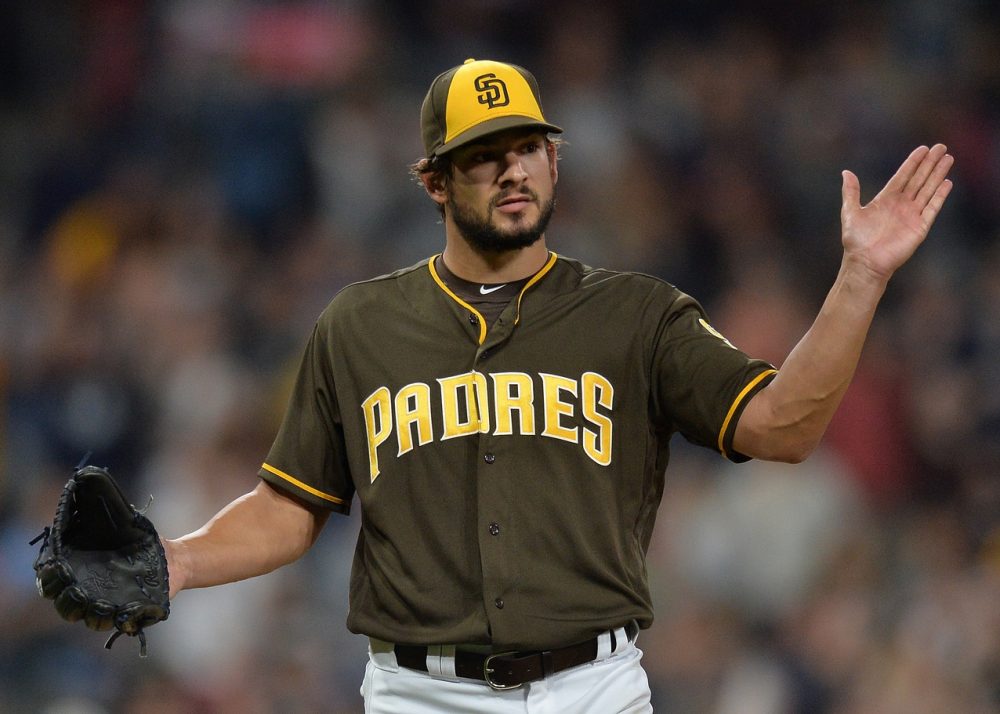 Only the awfulness of the American League Central kept the collapse of the Indians’ bullpen from being a bigger first-half story. Cleveland relievers led baseball in ERA from 2014-2017, and the three-headed monster of Andrew Miller, Cody Allen, and Bryan Shaw combined to throw 43 innings with a 1.66 ERA during their 2016 run to the World Series. Shaw left as a free agent this offseason, Miller has been on the disabled list since May, and the Indians’ bullpen ERA has ballooned from an MLB-best 2.89 last season to 5.28 this season, which ranks second-worst in baseball.

And yet it’s barely mattered, because their 52-43 record is enough for a 7.5-game cushion in a division where no other team is on pace for more than 75 wins. Waltzing into the playoffs is nice, but the idea of waltzing into the playoffs and having a bullpen capable of carrying the team was enough to motivate the Indians to pay a hefty price for relief help. They’ve built a new three-headed monster, surrounding Allen with Brad Hand in place of Miller from the left side and Adam Cimber in place of Shaw from the right side. And it might end up being a four-headed monster if Miller makes it back to something resembling full strength by October.

Francisco Mejia placed eighth on BP’s midseason top 50 prospects list, and it’s not often a prospect like that is moved for relief pitching. However, the Indians clearly made stabilizing the bullpen a major priority, not just for the second half of this season but—with Miller and Allen impending free agents—for years to come. Last time they did that, it worked out pretty well. Two years ago at the trade deadline, they sent highly regarded prospects Clint Frazier and Justus Sheffield to the Yankees for Miller, who had 2.5 seasons of team control remaining on his contract. Hand has 3.5 seasons of team control remaining on a contract he signed in January—which was supposed to quiet persistent trade rumors—including modest salaries of $6.5 million in 2019, $7 million in 2020, and a $10 million team option in 2021.

At the time of the 2016 trade, Miller had a 1.76 Deserved Run Average for the Yankees, and had posted DRAs of 2.25 and 1.81 in the previous two seasons. Hand has DRAs of 2.89, 2.74, and 3.22 since the Padres claimed him off waivers from the Marlins in April of 2016. Of course, “not as dominant as peak Andrew Miller” is hardly an insult, and Hand safely ranks among the game’s top 10 southpaw relievers. Among all lefty relievers with at least 75 innings since 2016, only Josh Hader, Aroldis Chapman, and Miller himself have a higher strikeout rate, and Hand also ranks within the top eight in ERA, K/BB ratio, and opponents’ OPS.

He’s very good, he’s 28 years old, he’s signed cheaply through 2021, and he’s probably the closest thing to Miller that the Indians could have gotten their hands on (sorry!) this month. However, while this trade—and the steep price paid by the Indians—will rightly be mostly portrayed as a deal for Hand, don’t overlook Cimber as a second late-inning weapon with even more (and even cheaper) team control remaining. Picked in the ninth round of the 2013 draft, the side-arming right-hander finally got his first chance in the majors this season at age 27 and has thrown 48 innings with a 51/10 K/BB ratio and just two homers allowed.

As you might expect from a Frisbee-slinging righty with a high-80s fastball, Cimber has been death on righties (.210/.221/.261) while being clobbered by lefties (.293/.391/.569). That limits his late-inning utility and his long-term upside, and means Cimber won’t really be asked to fill the same rubber-armed role as Shaw. Right-handed specialists aren’t as common as their left-handed counterparts—”ROOGY” just doesn’t look right—but the Padres were able to spot Cimber versus right-handed hitters 65 percent of the time. With potential October matchups looming with Aaron Judge, Giancarlo Stanton, and Gary Sanchez, or J.D. Martinez, Mookie Betts, and Xander Bogaerts, or Carlos Correa, Jose Altuve, and Alex Bregman, manager Terry Francona will have plenty of opportunities to deploy Cimber.

Cleveland will be back in the playoffs, and now they’re back to having a bullpen capable of carrying them deep into October. —Aaron Gleeman 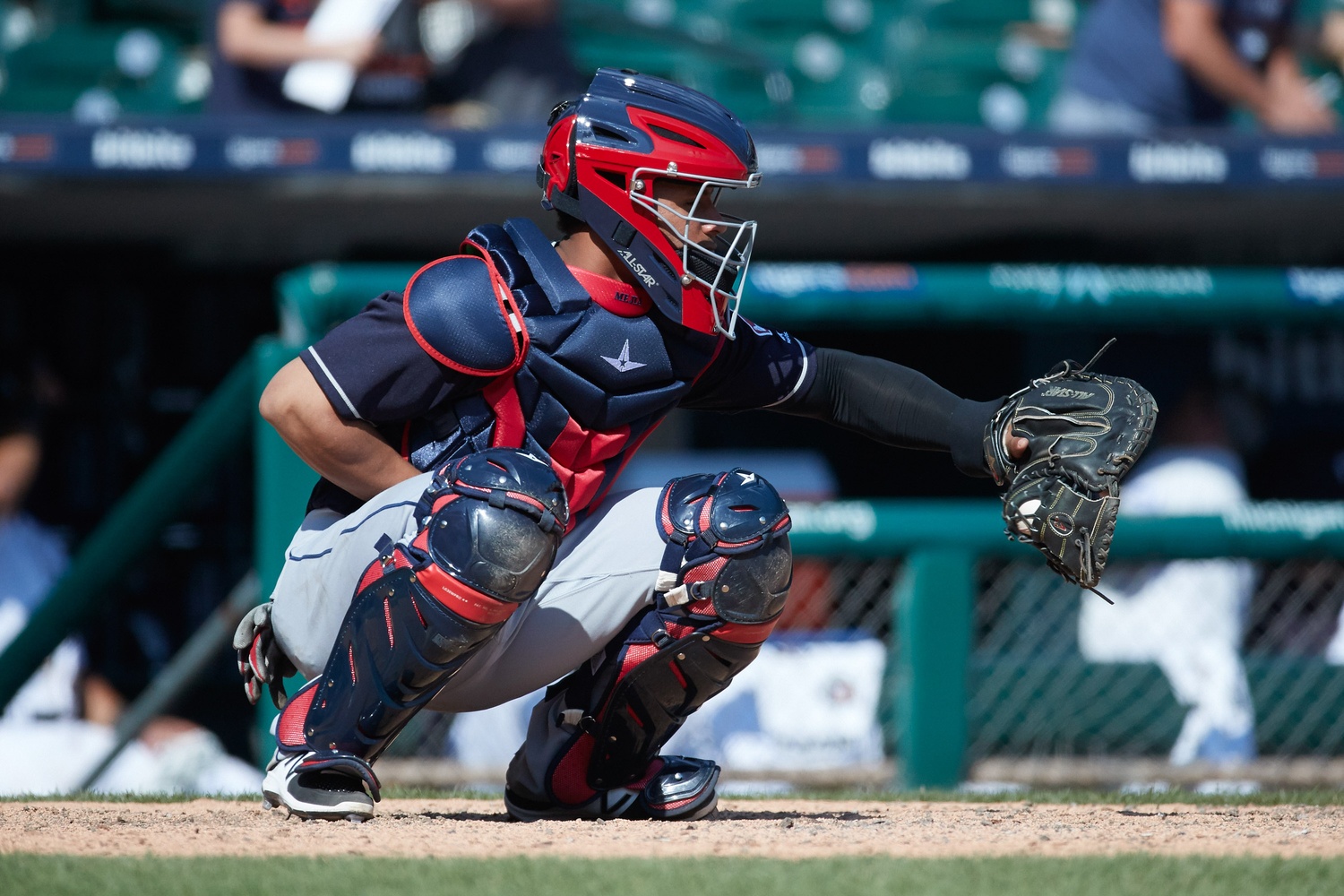 We’ve now ranked Francisco Mejia as a top 10 prospect in baseball on three consecutive lists (2017 midseason, 2018 preseason, and 2018 midseason), so that may seem like a lot to give up for two relief arms. But as we like to say over on the prospect side of Baseball Prospectus: “Catchers are weird.”

The bat isn’t really in doubt here. It’s a smooth, short swing from both sides of the plate, with a bit more pop from the right side. Mejia tracks off-speed pitches well, and has plus bat speed and barrel control. The pop is sneaky, but he should make enough contact for average game power, and he’s going to have seasons where he hits .300. He’s a better athlete than you’d expect, showing 40 run times, and he’s a smart, aggressive baserunner. If we were sure that Mejia would be an average defensive catcher, that’s a guy who makes multiple All-Star games.

Why aren’t we sure? Well, it’s complicated. Mejia has the arm for the position, and despite concerns about his receiving, he’s graded out fine by both BP’s minor-league framing metrics and my live looks at him. However, he’s listed at 5-foot-10 and 180 pounds, and both of those might be a bit optimistic. He’s never caught more than 94 games in a season and has tended to wear down later in the year. You do wonder if the frame can handle a full 110-120 games of major-league catching, and Cleveland has gotten him work at third base and the outfield corners, where the 7 hit/5 pop bat will play, but it’s not nearly as exciting.

The Padres should keep him at catcher, and he could form a useful time share with Austin Hedges as soon as uh, right now, while also getting his bat into the lineup elsewhere occasionally. It never seemed like Cleveland was quite as high on Mejia as I was, and it makes sense that they didn’t want to disrupt Yan Gomes‘ playing time during this contention cycle. Gomes is a better defender and has years of experience handling this pitching staff. Moving Mejia for Hand and Cimber gets Tito the bullpen construction he will want to shorten games against stronger and deeper opposition in October, but another July bounty for pen arms shows just how expensive building a playoff bullpen has gotten. —Jeffrey Paternostro

You need to be logged in to comment. Login or Subscribe
Christopher Millard
Maybe I missed it but does Hand replace Allen for saves or is Hand the Miller replacement?
Reply to Christopher