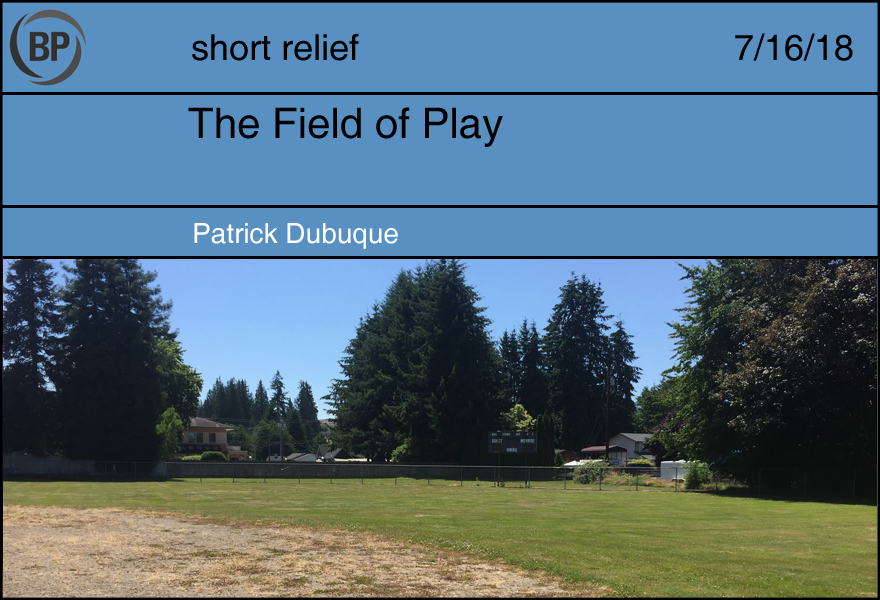 My grandmother died the other day. I hadn’t spoken to her in nearly 20 years; she was not what most people would define as a “good person.” But my mom wanted to attend the burial, so we packed the kids into their car seats and drove to a sunny afternoon service of short prayers and curt nods.

“They may ask us for good memories,” Mom noted, and I searched my youth for an anecdote.

The collection of fading men and women waited for one last person to arrive and commented on my well-dressed, well-meaning children as they ran among headstones. There is something about a level field, a challenge imbued in the perfect green grass, that spurs the legs.

And then I recalled my memory, among day trips to Grandmother’s house on similar summer afternoons. She had no use for a precocious five-year-old, so in that very old-fashioned method of parenting, I was allowed to wander alone: through the crumbling basement with its water-stained cardboard boxes, full of disappointing secrets and through the nearby yards. Next to her house was a field, empty and welcoming, and I threw away my energy, the way kids do, running across it. I remember the impossible distance of the outfields, the fading wooden walls with mysterious numbers painted on them: 325, 375. I couldn’t figure out what they meant, but I knew they meant something. This whole empty field, so meticulously shaped, had to mean something special, even if I couldn’t divine it. Someday, I thought, I would.

One of the harder things about aging is that the world doesn’t really age with you. After we left the funeral, I made a detour back to my grandmother’s old house, sold decades before. Going off our memory, we missed turns, drove down unrecognizable streets; the city had changed so much. But we found some street name, some corner market that tickled familiarity. And suddenly it stood in front of us, looking sad and weathered, but that wasn’t really why I’d come. It was the field, almost identical to how I’d left it. The wooden walls had been torn down and replaced with chain link, a new electric scoreboard in center looked almost older than me. The same weeds may have been growing through the infield dirt. It’s not objectively good that this field is so unchanged—the children who play on it deserve their own youth—but I appreciated this one opportunity to revisit my own baseball pre-history.

I thought about letting the kids out to run, but I didn’t. The boy was napping, and besides, these sorts of moments need to be discovered, not delivered. I took some photographs that already looked plain by the time I got home. And then I climbed back into the car with my family, turned on the stereo, and drove back home to our happy, shared, present day. 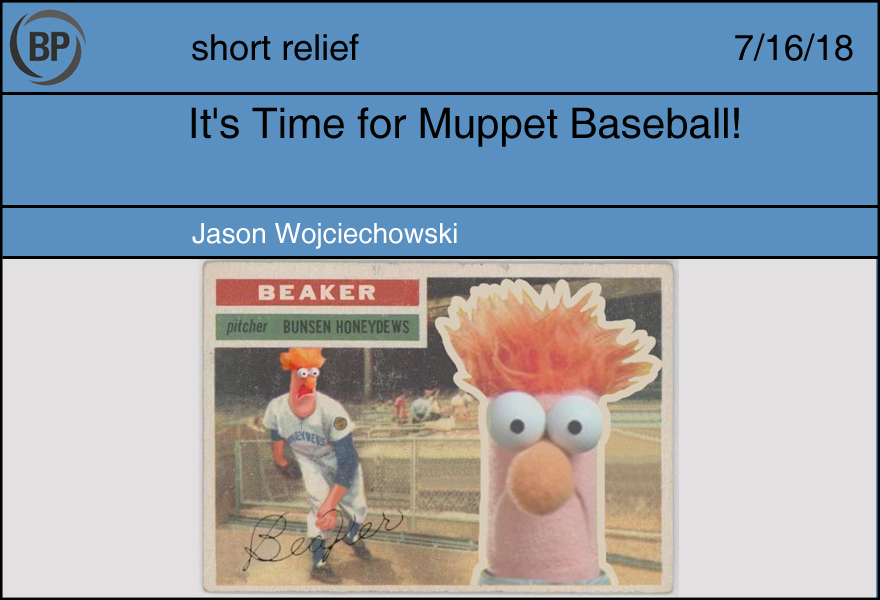 You can replace the cast of any movie with The Muppets, but you keep one of the human actors. What movie and which human do you keep?

with lots of good answers. (Mine is Sicario with only Benicio del Toro being human.) But after a quick consultation with my Humor Adviser, I’ve come to the conclusion that we can expand the concept to baseball. You could replace whole teams with Muppets, of course, but the more focused version of the joke is to replace specific baseball situations with Muppets. Like so: