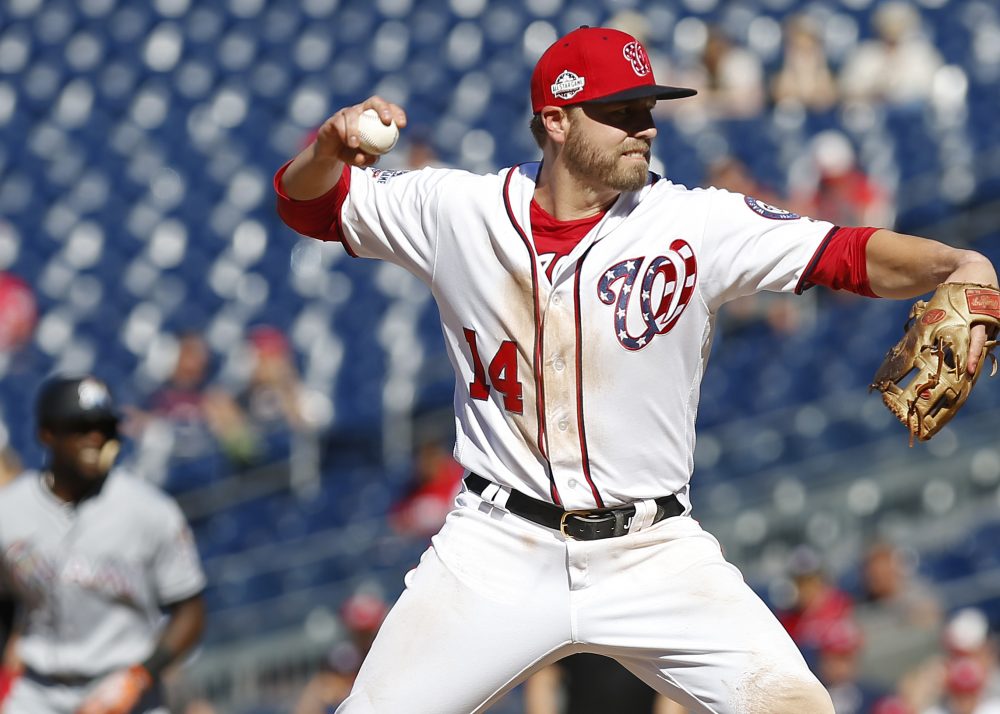 Everyone’s favorite week is almost upon us: All-Star week! MLB announced the American League and National League All-Star rosters on Sunday evening and it also unveiled the players who are in the running for the Final Vote.

Every year, fans will no doubt become apoplectic if players from their team are snubbed, even if their team isn’t doing so well, but this year, there was a player who deserves to be there: Tampa Bay Rays starter Blake Snell.

Snell leads the American League in ERA, is second in wins with 12 and he didn’t even make the team via the players’ vote. Yikes.

His teammate Chris Archer was not happy.

Jacob Faria was also not happy and listed all of Snell’s qualifications.

Also, finally, Rocco Baldelli who is a member of the Rays coaching staff weighed in on the subject.

All-Star snubs happen all the time, but this one seems to be an all-time blunder. However, don’t fret, Rays fans, Snell will more than likely end up on the team through injury, or maybe someone will opt not to go, but the point is that he should have been there at the jump.

Maybe MLB will join everyone else in the 2010s by having the players vote on an iPad, on their computers or something more convenient than paper. Justin Verlander tweeted that the players voted weeks ago and had to send in their ballots. Really, MLB?

As for the actual All-Stars, the Astros, Red Sox and Indians have five, the Yankees have four with Giancarlo Stanton in the final vote, and the Braves lead the National League with four All-Stars. And there are 25 combined first timers between both squads including Yankees rookie Gleyber Torres and Braves veteran Nick Markakis who finally made an All-Star team in his 13th season.

Did you know that one of Mark Reynolds‘ nicknames was “Sheriff of Swattingham?” I did not, and I think it’s one of the best things I’ve discovered this weekend. The other thing I discovered is that I definitely need reading glasses because I cannot read the small print on anything. But back to Reynolds, he had a pretty exciting weekend.

On Friday night, he hit a pinch-hit, walk-off homer to lead the Nationals to a victory over the Marlins.

On Saturday afternoon, he had the best game of his career going 5 for 5, hitting two home runs, and collecting 10 RBIs.

Then on Sunday, Reynolds pitched for the first time in his career, and he got his only batter, Bryan Holaday, to ground out to end the top of the ninth inning.

The Nats lost Sunday, but they took three out of four against the Marlins. By the way, Reynolds’ other nicknames, according to Baseball Reference are Mega-Mark, Skeletor or Forrest Gump.

On Saturday evening, I went out to celebrate a friend’s birthday. When I sat down, a friend of mine who knows I write about baseball but doesn’t know that much about baseball herself asked, “What the hell happened to the Yankees last night?” Without hesitation, I yelled out, “Sonny Gray happened!” It garnered a laugh, and then I told her how ugly his stats were against the Blue Jays. She saw that the Jays scored five runs in the second inning. What she didn’t know was that Gray threw 62 pitches during his two innings of work. When I told her, she said, “OK, I may not know much about baseball, but even I know that’s really bad.”

If you missed the massacre, these were his numbers in his two-inning outing: 62 pitches, 34 strikes, five runs on six hits, two walks, four strikeouts and a home run.

Here’s the five-run inning for the Jays which was punctuated by a two-run jack by Justin Smoak:

In Gray’s previous outing, he only lasted 2 ⅓ innings against the Red Sox, and his stats and issues were similar to his game against Toronto. (Six runs on seven hits, two walks but no strikeouts.) And just like in the second inning against Toronto, he’d get two outs but have trouble getting the third out. He’d get it eventually but not before giving up a home run. Against the Sox, the home run was a grand slam by Rafael Devers who also had two strikes and two outs against him.

The Yankees are choosing not to skip Gray’s next start opting instead to have pitching coach Larry Rothschild work with him. At the moment, he is slated to start against the Orioles on Wednesday in the final game of the series. The Yankees are 7-10 when Gray starts.

There is no sugarcoating this; the Orioles are dreadful. This weekend they were swept in a four-game series against the Twins who are another underachieving team.

No one expected the Orioles to amount to much this season, but I don’t think anyone would have predicted that they’d be 24-65 on July 8. And what’s worse is that they are currently 37 behind the first place Red Sox. THIRTY-SEVEN. They are the worst team in baseball by one game. The Royals are 25-64 and in dead last in the AL Central.

Since the Orioles are going nowhere teams are clamoring for the services of Manny Machado. Reports say that as many as seven teams are vying for his affection. Keep your eye on that in the coming days and weeks. It should be fun to attempt predictions about where he’ll land. I can guarantee that when (not if) he is traded, people will complain about where he ends up no matter the team.

Speaking of both the Red Sox and Royals, Boston went into Kansas City this weekend and swept the hapless Royals in three games. It wasn’t much of a surprise. Boston’s the best team in baseball, and they beat up on inferior teams because that is what a good team does. They’re 9-1 against the Orioles, 7-2 against Toronto, 9-4 against Tampa, and 5-1 against the Royals.

Chris Sale struck out 12 Royals on Friday night en route to a Boston 10-5 win. Sale now has 176 strikeouts on the season. He’s well on his way to at least 300 strikeouts for the second season in a row. Sale should have one more start before the All-Star game and a chance to add to that total.

Harrison Bader of the Cardinals made this catch on Buster Posey’s pop up in AT&T Field.

Posey hit the ball into no man’s land, and Bader ran nearly 100 feet to make the grab. Nice job.

It’s a busy Monday with a slate of 13 games including two doubleheaders.

The Yankees and Orioles will be a playing doubleheader that starts at 4:05 p.m. with CC Sabathia going up against Jimmy Yacabonis in the first game while Luis Cessa and Yefry Ramirez getting game two which starts 30 minutes after game one ends.

The other team from New York is also playing a doubleheader not too far from Baltimore. The Mets are in Philadelphia to face the first place Phillies this week. In game one of the doubleheader, it’s the battle of Zach vs. Zack. Eflin and Wheeler are penciled in to start the 4:10 game while Aaron Nola and Corey Oswalt get the start in game two.

The hottest team in baseball at this moment is the A’s. They are 12-2 in their last 14 and will be attempting to keep that pace against the first place Astros. They will send Frankie Montas to the bump while the Astros counter with Gerrit Cole. Cole is looking for his 10th win of the season while Monta is looking for win number five.

You need to be logged in to comment. Login or Subscribe
ChicagoOriole
Oh, the pain. The pain. The ownership is so bad that this is not even an intentional tank. This is just augering in without a plan.
Reply to ChicagoOriole
Robert Hacking
Well Baltimore did get some good news, Alex Cobb is able to make his next start. Now that I think about it, that should just read Baltimore did get some news.
Reply to Robert
newsense
You have Mark Reynolds identified as Matt Reynolds
Reply to newsense
David Brown
Whoa. Post has been updated. Thank you, Newsense.
Reply to David